Why the way an image is cropped can change everything

Sharing deceptive photos or misinformation online doesn’t actually require a lot of talent. Often, just cropping a photo or video can create confusion on social media. In this article, the France 24 Observers examines three real examples of photos and videos that were cropped or reframed in deceptive ways to help you avoid falling into this trap.

It’s actually fairly common for people to crop photos to make a situation appear how they want it. Most people do this all the time. You might crop your arm out of a photo because you don’t want people to see that it looks a little flabby. You might crop an ex-boyfriend out of a photo because you don’t want to remember that he was at the nice dinner with your family. You might even cut other tourists out of your photo of some pretty waterfalls, just so it looks like you were on a walk in the wild.

However, people also crop photos with more nefarious reasons. The idea is the same – they are changing the way that people perceive a certain situation by cutting out key visual information. Instead of hiding an ex-boyfriend or a bit of pudge, they crop photos as a way to trick others and to make them interpret an image in a certain way.

The photo of the family benefits office in France

The photo in question shows a group of women wearing burkas standing in front of a blue sign saying “Allocations familiales,” which is the French organisation that allocates family allowances or benefits. The caption says “Photo taken at the CAF [the acronym for caisse d’allocations familiales] in Rosny-sous-bois”, a suburb of Paris.

This particular cropped image has been surfacing and resurfacing on social media in France for years. The photo was widely shared in early 2015, and started circulating in August 2018.

Post (translated from French): “Family benefits office [Caisse d’allocations familiales] in Rosny-sous-Bois... For those who don’t know their geography: Rosny-sous-Bois is in France (93 seine Saint Denis), not far from Paris. Keep on working, they need you!”

The conclusion that most viewers would come to is that veiled women are lining up to get government benefits.

“Keep on working, they need you!” adds the person who posted the photo, clearly suggesting to readers that these Muslim women are relying on government benefits instead of looking for work.

However, that’s not the real story.

When you see a controversial image like this, your first reflex should be to do a “reverse image search” (check out our guide if you don’t know how). If you are using Google Chrome, right click on the image and you will be given the option to search this photo on Google. Then, Google will show you all of the instances where this photo was posted online.

However, often, running a reverse image search isn’t enough. That’s because, often, the false information or the doctored photo has been shared more than the original.

One of the best ways to find the original photo is to run a search for similar images.

Click on “similar images” (as shown on the search above – which is in French in this screen grab.)

Here are the "similar images" results.

When you do a reverse image search on Google images, the photos that come up are labelled "CAF in Rosny sous bois". To dig further into the history of this photo, you’ll have to run a search for “similar images”.

When you do that, you will quickly come across a much larger photo… that doesn’t include the sign for the family benefits office.

This enables you to locate photos that bear a strong resemblance to the image that you are looking for, or even the same ones that may have been cropped differently. In this case, running this search helps us turn up a much larger version of the photo that does not include the sign for family benefits.

If you look a little closer at the photo, you can see that it says "Police station" (in English) on the front of the building where the women are waiting. This new photo also includes another sign – for London’s public buses.

Lastly, the white vehicle on the far left of the image is driving on the left side of the road. All of these clues help us to establish that the original photo was taken in London, not France.

The original photo includes a sign for London buses on the left. Moreover, the building bears the label “police station” (look to the upper right of the image).

This same technique can be used to analyze another photo – this one of the French national football team standing in front of the presidential palace, the Elysée, on July 16, after having won the 2018 World Cup.

Starting on July 17, the day after the team returned to Paris in great pomp and circumstance after winning the international tournament, a photo started circulating on Facebook that appeared to show that all of the black players on the team had been put in the second row during a photo op at the presidential palace. It was a clear sign of discrimination, according to those who shared the image.

Post (translated from French): “Look at the French. Once they are at the Élysée, they put the black people behind even though on the field, they are always in front.”

Once again, running first a reverse image search and then a search for similar images brings up other photos that were taken at the same time but were not so closely cropped. These larger photos show that there are actually three black players in the front row (at the far left). The three players, Thomas Lemar, Steve Mandanda and Ngolo Kanté, are shown circled in red in the photo below.

Click here to see the search for similar images to this photo.

>> To read more about this case, see this article!

Cropping the video to make finding the source more difficult

People often crop photos in order to transmit a certain message. However, they also do it in order to make finding the original image more difficult.

When you carry out a reverse image search, your search engine scans the web to find an image with the same number of pixels, that is the same size or that has the same colors as the photo that you are interested in. If the modified version of your photo has been posted numerous times, then finding the original can sometimes be very difficult.

This is especially true for videos when they are cropped or reframed in a different way and then posted online. For example, many people were sharing a video on Facebook that was first posted in mid-April that they claimed showed “how the French police assassinate black Africans in France.” 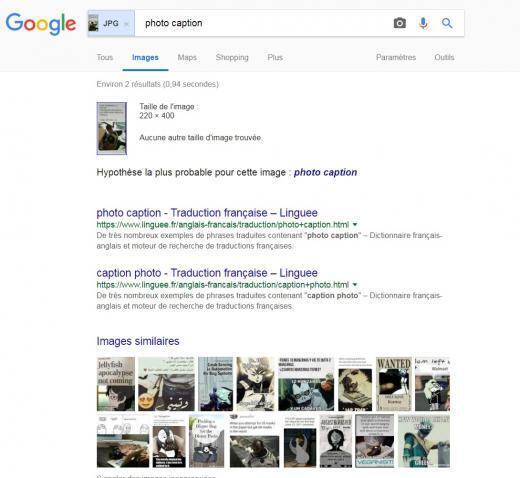 A reverse image search on Google doesn't turn up any results for this video.

To find the original video, you will have to get creative. First, pause the video and take screengrabs of key moments. Then, you need to crop the image so you just see the footage and not the telephone that it is playing on.

Here, we recropped a screengrab of the moment where the police officer kicks the victim. When we run this image through a Google search, we finally find the original video, which was taken in Australia, not France. 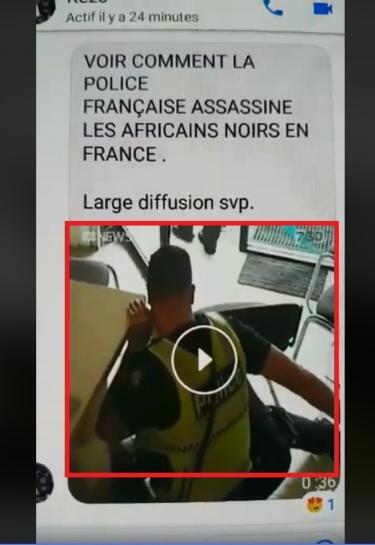 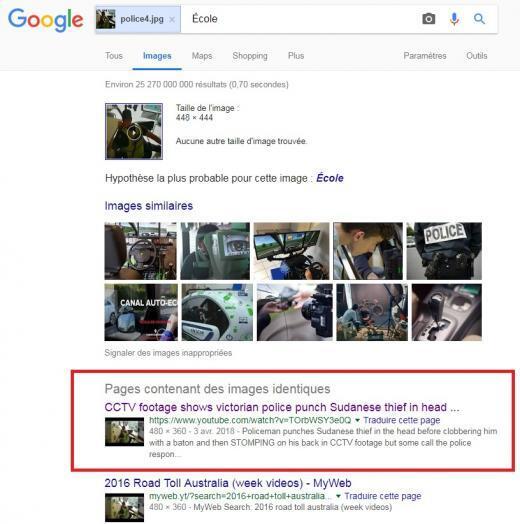 … then, a reverse image search on Google finally turned up a result.

In summation, for a video whose original perimeters have been altered, the best thing to do is take screengrabs and run a reverse image search as if it were a photo.