Mohamed El Assad (at right) is working to perfect a marine drone that he wants to use to monitor sea turtles living on remote beaches. (PHOTO: VOLTA 100% experience).
France / Action on the environment - 08/17/2018

Using recycled materials and a lot of ingenuity, Mohamed El Assad, a 21-year-old from the French overseas department of Mayotte, built a marine drone that can be used to monitor sea turtles that gather on remote, hard-to-access beaches on his island in the Indian Ocean. El Assad has become somewhat of a local celebrity by posting his drone footage on Facebook. However, he hopes to expand his project by attracting interest from investors and entrepreneurs in mainland France.

When sea turtles go onto the beaches in Mayotte, they are at risk from poachers, who sell their meat for a high price. In 2017, Sea Shepherd filmed sea turtles lying gutted on the sand in Mayotte. In a press release published alongside the images, the members of the NGO, which fights to save marine eco-systems, also denounced the lack of monitoring on the island and said that they had been assaulted by poachers during the expedition.

When El Assad saw this Sea Shepherd video, he was already working on various scientific experiments and posting them on YouTube. The video gave him the idea to build a marine drone that would help monitor remote beaches that are popular turtle nesting sites.

He told the FRANCE 24 Observers that he launched a first prototype of his machine in January 2018, after multiple failed attempts and a lot of playing around with recycled materials.

“Ever since I was a little kid, I would build things with my dad and carry out experiments”

In Mayotte, the beaches where turtles gather are protected. However, these beaches are hard to monitor. To go there, you have to walk on tiny paths in the forest for several hours.

I was really impacted by the videos made by Sea Shepherd. I think that losing turtles in Mayotte represents losing a symbol of the island. The turtles are a part of our history, and they’re disappearing. If we don’t do something now, there will only be turtle carcasses left in a few years.

So, instead of sending people to these sites, I thought that it would be helpful to build a machine that could document what is happening in these remote areas and send back the information in real-time.

“I equipped the drone with night-vision video cameras”

Ever since I was a kid, I entertained myself by building things and carrying out experiments with my dad. I turned my bedroom into a little laboratory. I made videos that I put on my Facebook account and on a website that I launched called VOLTA 100% experience.

To help save turtles, I first thought about using a standard drone that could fly over the site. However, at a certain altitude, the drone can make a lot of noise, which could bother the turtles. So I based my invention on the idea of a drone while trying to add elements of an airboat. I started by making sketches. Then I carried out tests, putting the drone in the water.

At first, it was OK, but the wind kept pushing it off course. So, I changed the material. Now, the model is made out of aluminum wire and that works well!

I also equipped the drone with video cameras and night vision. The night vision cameras allow you to see the footage live. The camera saves the files. Solar receivers enable the machine to power itself.

For now, it is still in a trial phase. For the time being, I still have to be close to the drone to control it. My aim is to be able to control it from over a kilometre away, but, for now, it is only about 100 metres. However, with the lack of materials here in Mayotte, I haven’t been able to improve it.
"My dream would be to compete in the Lépine competition"
I made this all on a shoestring. I used a lot of recycled materials. I would go walking in the mangrove groves where you can sometimes find abandoned materials. I found a refrigerator door that I used as part of the drone. I got pieces of plastic from old ovens that I cut into smaller pieces and used. Most of my other materials were donated by local businesses or well-wishers, many of whom contributed through my Facebook page. 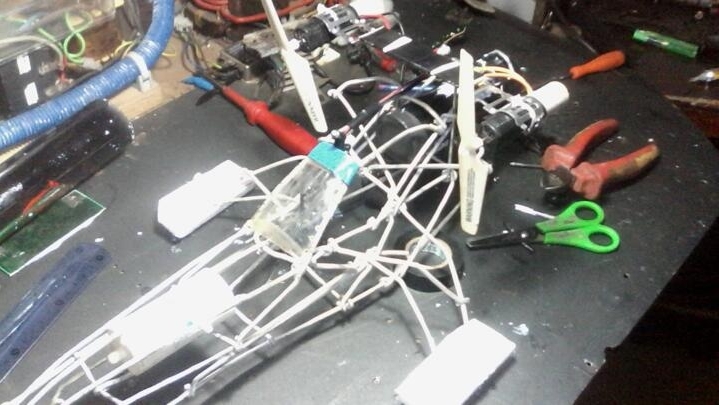 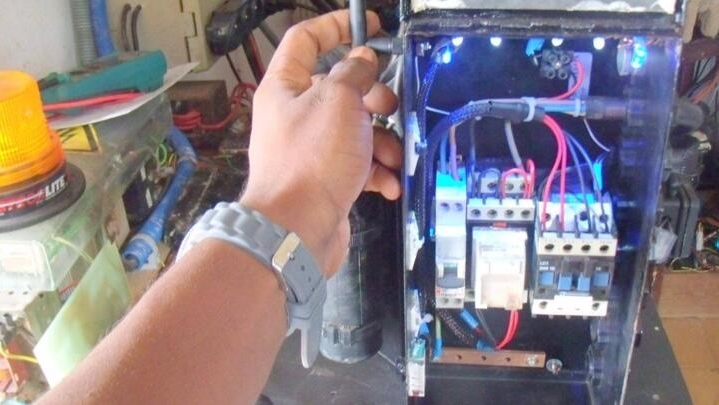 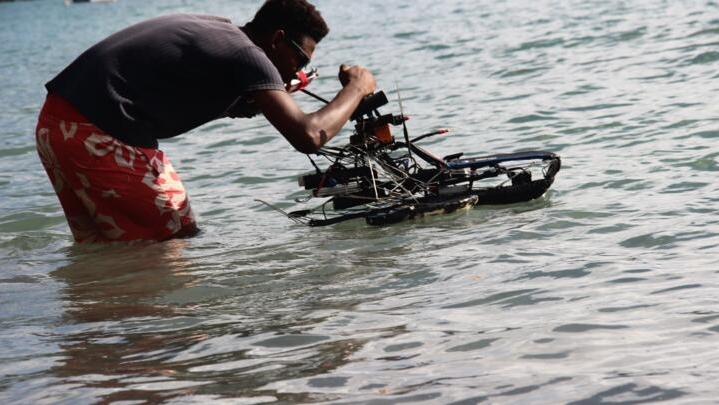 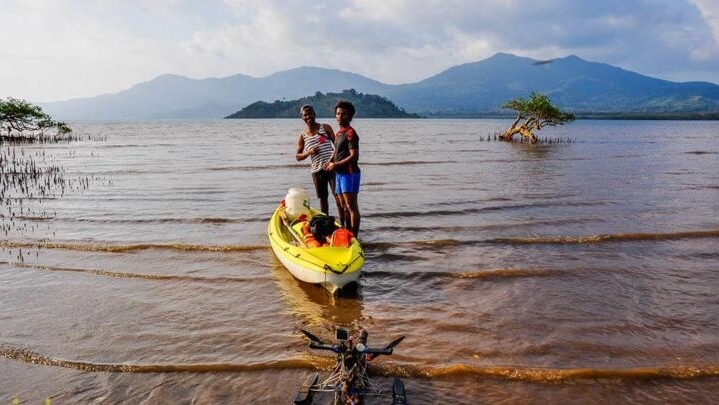 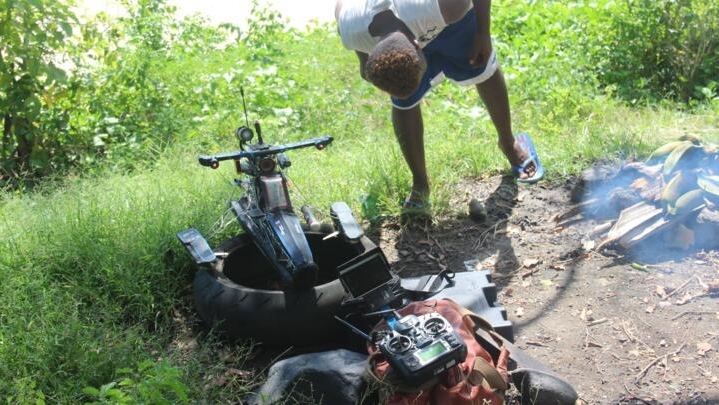 Since I finished the prototype, I’ve been sharing my experiences on my Facebook page. Here in Mayotte, people are talking about my marine drone – it’s the first of my inventions to create a stir.

I would really like to call on people living in mainland France who might want to help me develop my machine further and maybe even build a model that could be manufactured. My dream is to represent Mayotte in the Lépine competition [Editor’s note: a famous French competition for new inventions]. I also hope that my project will help change the negative stereotype that people have about young Mahorais.

Do you want to tell us about something positive happening in your area?