See profile
A young Cameroonian engineer has come up with a tool that could help reduce both maternal death and child mortality rates. The free application, called 'GiftedMom', sends women texts containing medical advice before and after their child is born.

On March 13, Cameroon was shaken by the death of Monique Koumaté, a pregnant woman who died in front of the Laquintinie hospital in Douala. Several hundred people subsequently gathered to protest against the hospital's employees, who they accused of neglect.

But Koumaté's case isn't unique. According to a study carried out by the World Health Organisation, in 2011 Cameroon's maternal mortality rate stood at 782 deaths for every 100,000 births, a figure well above the global average. In developing countries, the average rate stands at 239 deaths for every 100,000 live births, whereas in developed countries the figure is 12 deaths per 100,000 live births.

Those grim statistics were enough to convince 24-year-old Alain Nteff that something needed to be done to reduce Cameroon's maternal death rate. An engineering school graduate, he launched his application with the help of a doctor.

"Women receive text messages advising them on things like when they need to see a doctor, recommended vaccines and how to breastfeed"

After my studies, I got a job with an internet search giant. But I was keen to do something else, particularly something that would allow me to use my know-how to solve some of the development problems afflicting my country.

In 2012, I met Doctor Conrad Tankou, who works in isolated areas in Cameroon. What really struck me was the lack of public awareness surrounding pregnancy. There are more medical services than people realise in Cameroon: some prenatal consultations are free, there are also vaccines that need to be taken after birth, etc.

But very few women are aware of that. As a result, in most cases women don't get any medical care during pregnancy. Many children end up being born prematurely and their mothers die during childbirth.


This isn't only a problem in isolated zones. The lack of public awareness is a problem across the country. In order to avoid complications, women must have at least four checkups with a doctor throughout their pregnancy.

"Women can send questions via text messages, then doctors respond to them"
That's why I created 'GiftedMom' with the help of Doctor Tankou. Women send a message to the number 8586 and indicate how long they've been pregnant. Once they've been registered, they receive text messages every week with advice like when they should go see a doctor. And when the child is born, we also send out a list of recommended vaccines, the age at which they should be taken, as well as advice on how to breastfeed.

Doctor Conrad, GiftedMom's co-founder. Photo courtesy of GiftedMom.
They can also ask questions by sending text messages. We have two doctors who respond to them. In all, they receive between 60 to 80 messages per day. 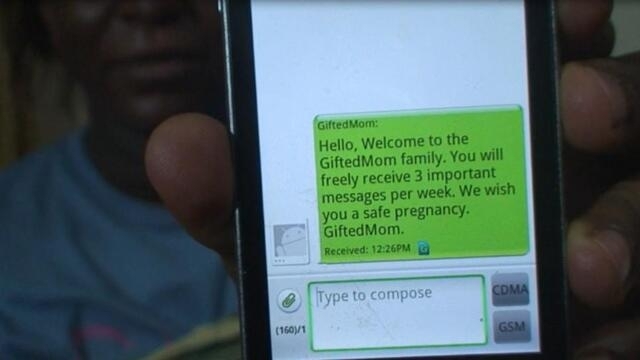 Our ultimate goal is to get this service out to five million pregnant African women. We'll certainly have to employ more doctors to respond to the growing number of questions put forward by the application's users.

Most people in Cameroon have mobile phones and know exactly how to use them [Editor's note: Between 2004 and 2014, the percentage of Cameroonians who owned a mobile phone shot up from 9.8% to 71%].
"After the scandal of what happened at the hospital in Douala, more and more women are prepared to listen to us"
We offer a free service that doesn't even require an internet connection. On top of that, the interface is very user-friendly, and the medical jargon has been simplified. There are also voice messages.

To reach as many women as possible, we've also established partnerships with various health centres. We have around 20 or so volunteers that go to hospitals to get pregnant women's telephone numbers in order to send them information. 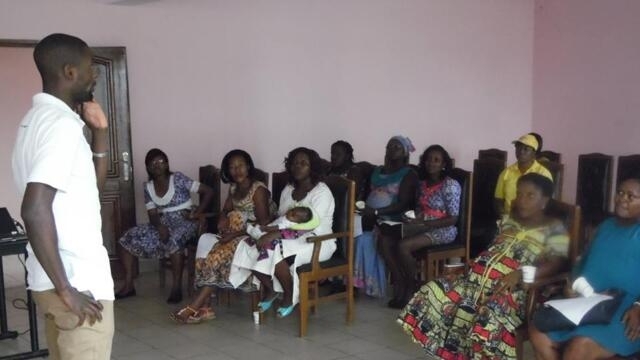 
At the beginning, it wasn't easy convincing the doctors and nurses that our application could be beneficial. But eventually, they realised that more and more women using the application were going for checkups, and that this reduced the number of complications that could arise during pregnancy. And after the scandal of what happened at the hospital in Douala, women seem ready to listen to us.

We get most of our funding from prizes that we've won along with partnerships with agencies like the World Health Organisation. In 2015, for example, we won €50,000 at the 'New York Forum Africa' in Libreville.

Another video of police violence in the Islamic Republic: ‘Iran’s George Floyd’