Mosul’s pilgrims stopped by Iraqi army on way to Mecca

Hundreds of pilgrims from the Iraqi city of Mosul, which is controlled by the Islamic State group, were stopped by Iraq’s armed forces as they tried to reach the Muslim holy city of Mecca. The pilgrims, who were suspected of being jihadists, were then transferred to a camp by authorities. It’s yet another cause of anguish for pilgrims whose families have already been threatened by the Islamic State group’s regime back home.

The pilgrims left Mosul on board several buses bound for Baghdad on Saturday, August 28. A few hours later, the Iraqi army put a halt to their journey on the outskirts of Karbala, forcing the group to spend several days and nights sleeping outdoors without water or food. The government claims that it wanted to check their identities, in order to be sure that there weren’t potential jihadists lurking amongst them. 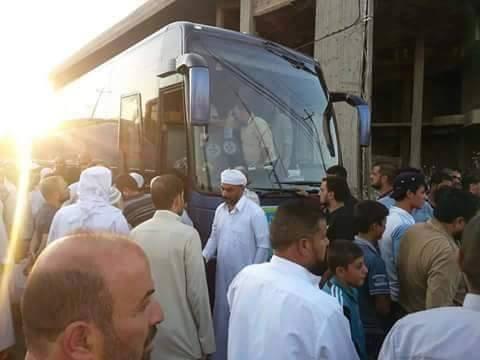 It was only on Wednesday, after the death of an elderly woman travelling with the pilgrims, that the authorities finally agreed to set up tents and provide food.

On Thursday, roughly 250 pilgrims – out of the 900 that made the original journey – were allowed to continue on their journey to Baghdad. They’re currently being sheltered by a group of Sunni religious leaders in Baghdad, as they wait to leave for Mecca.

Yet Iraq’s official body tasked with organising pilgrimages to Mecca had already approved the inscription of all 900 pilgrims. They were even granted visas for Saudi Arabia two weeks ago. 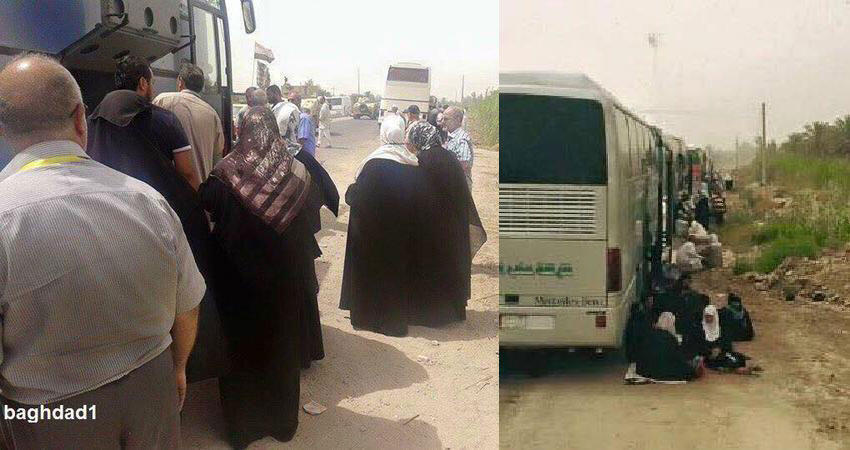 Pilgrims from Mosul stopped by the roadside near Karbala. Photo: @Lifelover204.

As word of their plight got out, a group of lawmakers from Nineveh – the province in which Mosul is the most important city – joined forces in an effort to help the pilgrims stuck in Karbala. They wrote a letter calling on Prime Minister Haider al-Abadi not to “exclude any pilgrim from Mosul from their pilgrimage towards Mecca because their identities have already been verified in minute detail by the authorities". 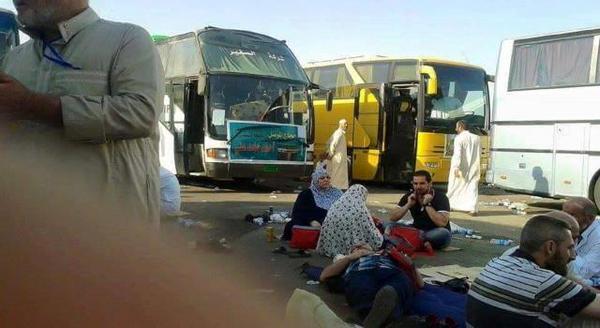 The pilgrims were even forced to sleep outdoors for several days, having been prevented from journeying to Baghdad by the authorities.Photo: @x3leN92x.

"The situation is absolutely ridiculous"

Intisar al-Jabouri is a lawmaker from Nineveh and a signatory of the letter addressed to Iraq’s Prime Minister.

In order to carry out the pilgrimage to Mecca, Iraqis must take part in a prize draw organized by the Hajj and Pilgrimage Organisation months in advance. These 900 pilgrims were chosen through that system and they had already paid the travel costs to the committee several weeks ago. Fifteen days ago, they were granted visas to travel to Saudi Arabia. So the authorities should have already verified their identities!

"They only let elderly people continue the journey"

What happened was that, at the last minute, the authorities did a U-turn and decided to only let men older than 60 and women older than 45 to travel to Saudi Arabia. The 250 pilgrims who have been allowed to go to Baghdad are all elderly people.

This situation is absolutely ridiculous. If the authorities didn’t want young people from Mosul to be able to go to Saudi Arabia, why did they let them sign up in the first place?

Several sources told FRANCE 24 that these pilgrims from Mosul are facing pressure from the Islamic State group, which controls their home city.

Ziad al-Sanjar is a journalist from Mosul now living abroad as a refugee. He said that before the IS group allowed the pilgrims to head to Mecca, “they were made to hand over the deeds to their homes and businesses. They were told that if they didn’t come back, [the IS group] would seize control of their properties and imprison any loved ones that remained in the city.”

This article was written with FRANCE 24 journalist Djamel Belayachi (@DjamelBelayachi).