Students at Douala University have come up with an ingenious way to combat the Cameroonian city’s mounting waste management problem. They’re behind a pioneering scheme that produces a new eco-friendly form of coal based on everyday household waste - from old banana peels to leftover food.

Douala, in western Cameroon, is a city with a big waste management problem. Douala sprawls over several hills and its mountainous geography makes it difficult to get waste bins and maintenance workers in and out of some neighborhoods. It isn’t rare to come across rotting piles of banana peels, vegetables or other rubbish thrown into the street waiting to be collected.

But to combat the rising tide of food waste flooding Douala’s city streets - and protect the environment - a group of university students have come up with a unique type of coal that’s 100% eco-friendly. 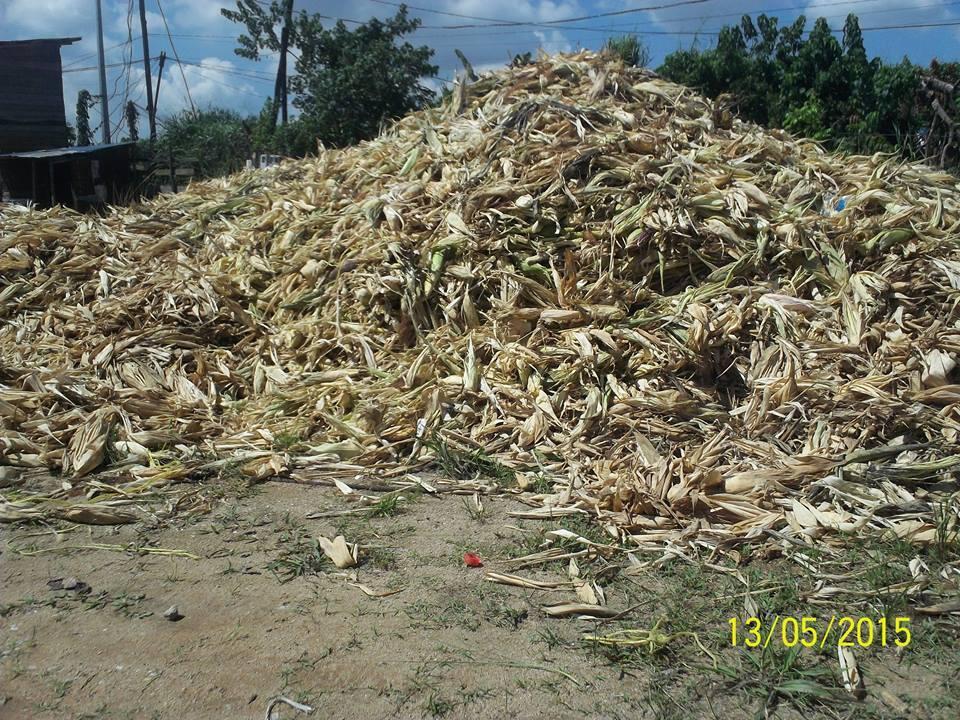 Tons of vegetable waste lie rotting in the streets of Douala that the city’s municipal waste services struggle to reach. Photo courtesy of Kemit-Ecology.

"When we turned up with this coal and told them ‘this is your household waste’, the residents of Douala couldn’t believe their own eyes!”

Muller Tenkeu Nandou is one of the students involved in the project that they’ve decided to call Kemit-Ecology.

We carried out some studies on the region around Douala, and what we found was alarming: 79% of the population used wood or charcoal as a source of domestic energy. The problem is that both energy sources contribute to the region’s ongoing deforestation. Mangrove wood is such a sought-after commodity that the trees are slowly being wiped out. They’re either cut down or burnt in the forest to make charcoal.

In addition to that, Douala also has these giant compost heaps that pollute the city. We started wondering if we could kill two birds with one stone by coming up with a new source of energy made from this waste. We rolled up our sleeves, grabbed our wheelbarrows, and visited as many markets and private individuals as we could to collect everything from banana peels to used coffee grains in order to create a new kind of environmentally-friendly coal. 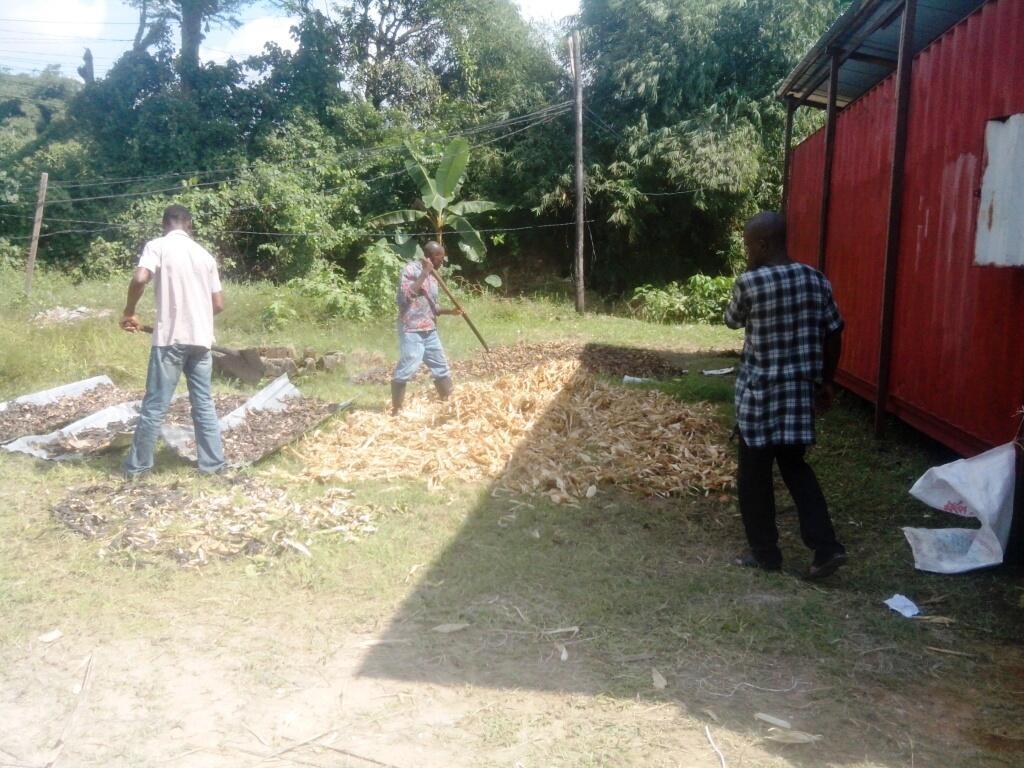 At first the waste is dried in order to remove as much water as possible. Photo courtesy of Josiane Kougheu for "More food in Africa".

The process takes a full day. At first, the waste must be dried in the sun in order to remove as much water as possible. Then we have to put the leftover material in ovens in order to reduce it to ashes, and finally, process the ash until all becomes a seamless whole.

At the start, the people who we collected the waste from didn’t understand what we were going to be able to do with it. But when we came back with the coal and told them, “that’s your trash”, they couldn’t believe their own eyes! 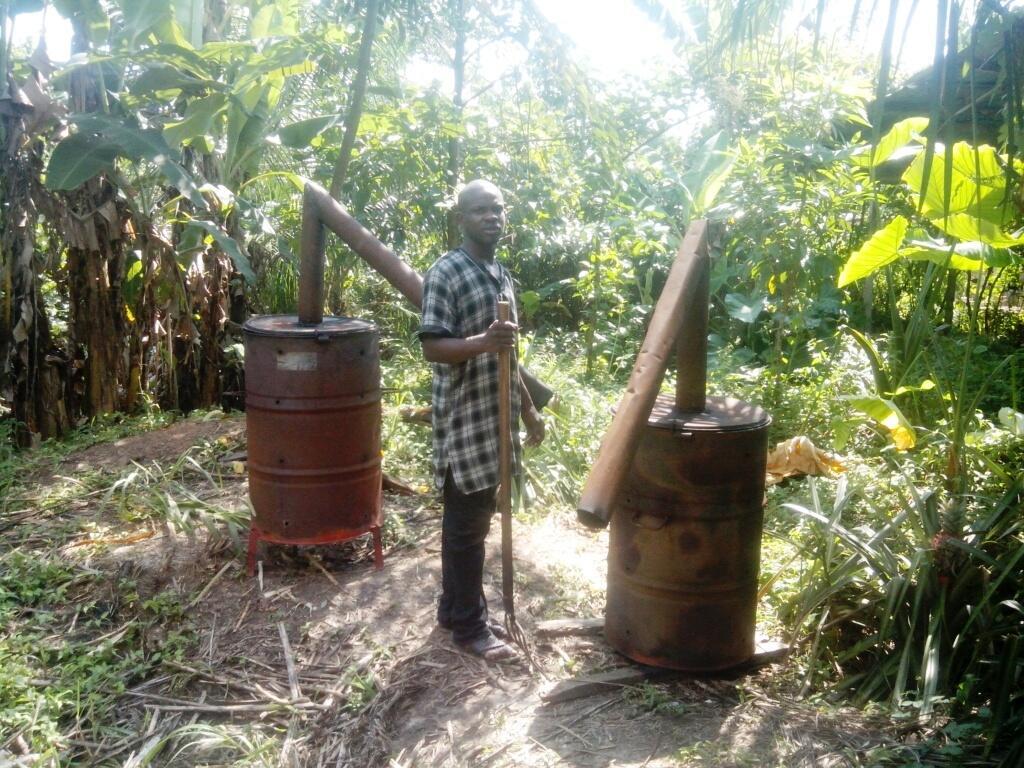 The waste is reduced to ashes in ovens that don’t release any smoke. Photo courtesy of Josiane Kougheu for "More Food in Africa".

And the cherry on the cake: it’s cheaper for the consumer, because a kilo only costs 500 CFA francs (8 centimes) while charcoal costs around 1000 CFA francs (16 centimes) [Editor’s note: The average monthly wage for someone living in Douala is around 50,000 CFA francs, or 76 euros].

When we started back in 2014, we were producing a ton and a half of the stuff per week. A year later, and we’re recycling 20 tons of waste every week. For now, it’s still difficult for us to live solely from this activity. We’re still investing money and trying to raise public awareness. But we’re not worried because we’re sure that the market will start growing once people’s environmental consciences begin waking up across Africa. By 2020, our goal is to churn out 100 tons of this bio-charcoal every week. 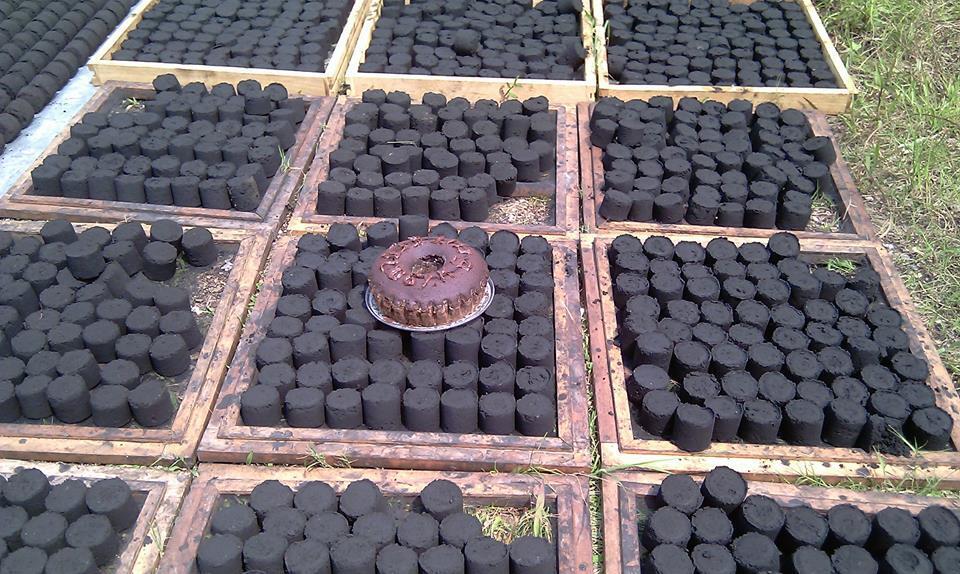 The coal is conditioned to produce uniform bricks. Photo courtesy of Kemit-Ecology.

"These youths are pioneers of this sector in Cameroon”

While Muller Tenkeu Nandou can claim to have received important orders – notably from Italy and Lebanon - that outstrip his production capacity, for now the initiative still isn’t economically viable. According to Cameroonian journalist and blogger Josiane Kougheu, who came across the initiative near her home, Kemit-Ecology also plays an important role making people think twice about their lifestyles.

Residents living in Douala are noticing more and more the effects of climate change on activities like fishing or at harvest time. They are worried about the problem and many are more than happy to carry out a small gesture for the environment. I contacted several ecological organisations, who confirmed that these youths are, for now, the only ones making this kind of coal in Cameroon. It’s a sector in which it’s very difficult to earn money in the short term. I think they’re both courageous and visionary!

Would you like to get in touch with Kemit-Ecology? Send them a message at kemit.ecology@yahoo.com

This initiative was uncovered by our team for France 24’s “Observers of the climate” project. If you know of an initiative near where you live that’s been set up to fight climate change, don’t hesitate to get in touch with our team at obsduclimat@france24.com 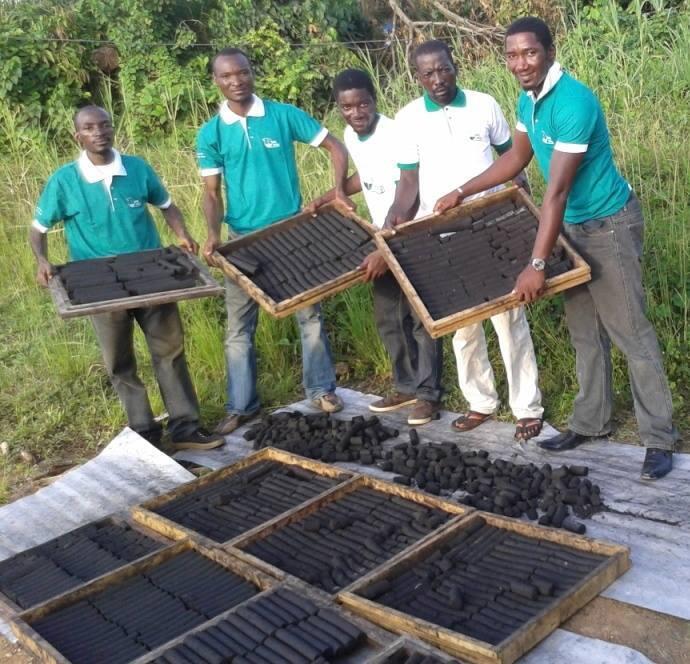 This article was initially published by Josiane Kouagheu for her blog “More food in Africa”, and edited with the help of France 24 journalist Alexandre Capron (@alexcapron).