The poorest Tunisian teenage girls often can’t afford to buy sanitary napkins. Many don’t attend school on the days when they have their periods or end up trying to control the flow by using unsanitary, even dangerous, methods. Our Observer decided to do something about this problem, which is a taboo topic in Tunisia.

Girls from the Makthar boarding school shared their stories in this video by Enactus IHEC Carthage (Screengrab).

The poorest Tunisian teenage girls often can’t afford to buy sanitary napkins. Many don’t attend school on the days when they have their periods or end up trying to control the flow by using unsanitary, even dangerous, methods. Our Observer decided to do something about this problem, which is a taboo topic in Tunisia.

These washable sanitary napkins, or pads, are made by Ecolibree, a small business created thanks to a partnership between an organisation called Génération Liberté and IHEC Carthage, a business school specialising in management. For now, it is a small operation: only one seamstress works on the project, making sanitary napkins for girls at Makthar boarding school, located in the north of Tunisia. 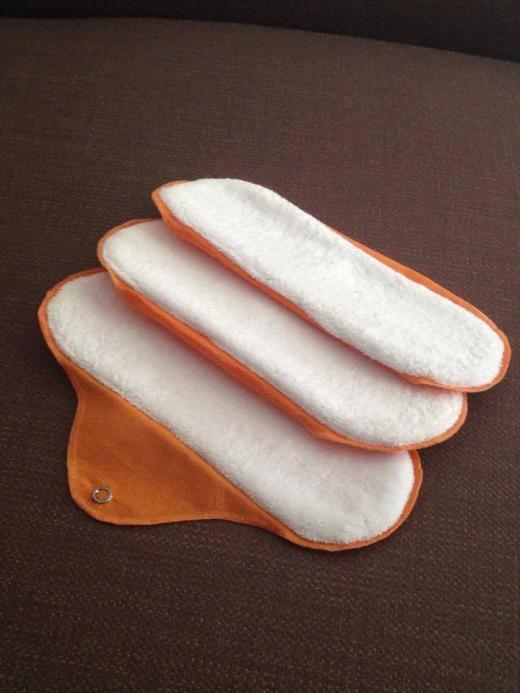 Soon, each schoolgirl at the Makthar boarding school will receive a kit with eight sanitary pads, a waterproof pouch, a bar of soap and a user’s guide. Ecolibree’s ultimate goal is to hire numerous seamstresses in the region to produce a large number of sanitary napkins, which will be sold across the country. By hiring seamstresses in rural areas, Ecolibree will also create employment for women in villages where there are few opportunities.

“The girls were using foam from their mattresses”

Lotfi Hamadi is a member of the Génération Liberté organisation and one of the founders of "Wallah we can", an initiative that aims to improve living standards for children in Tunisian boarding schools, which spawned the Ecolibree project.

While I was visiting boarding schools, I noticed that the foam of the mattresses was often ripped up. The supervisor at one of the schools told me that the girls used the foam as pads when they were menstruating because they didn’t have enough money to buy disposable sanitary pads. While in Makthar, I also met a woman who had created a pad from an old piece of fabric she found in the street while she was walking to work. The result was a very serious infection. I realised I had to do something. 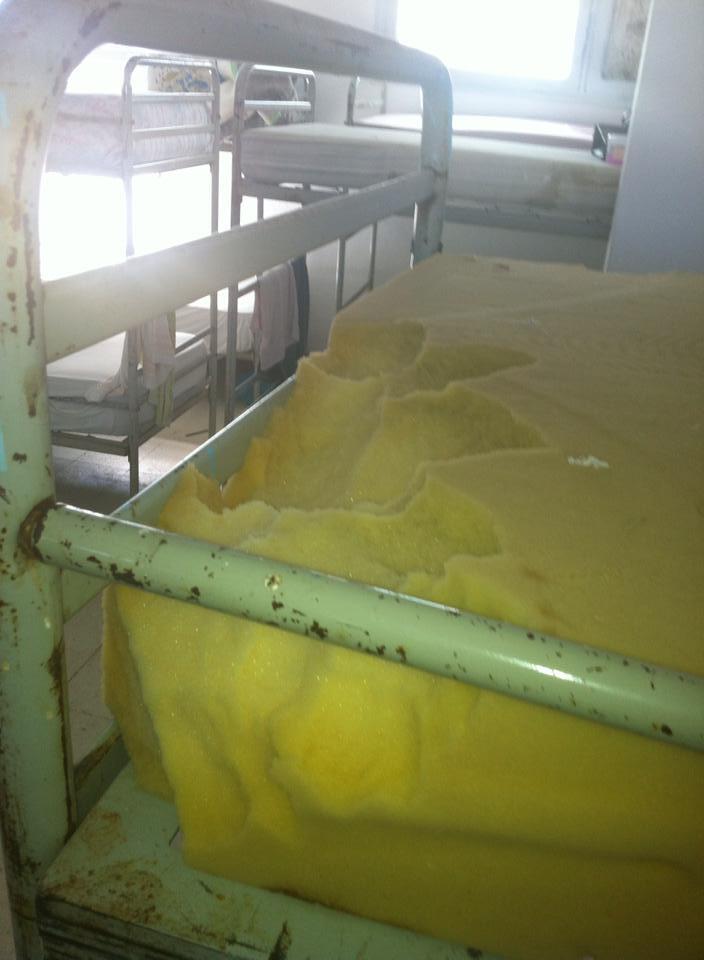 Too poor to buy disposable sanitary napkins, the girls in this Tunisian boarding school ripped up foam mattresses to use as pads when they were menstruating. Photo taken by Lotfi Hamadi on February 17, 2004.

Supplying schoolgirls with washable sanitary napkins is a way to protect them from infections, but it also keeps them in school. Girls who don’t have sufficient protection often remain at home, missing about a week of school each month.

I contacted a lot of government ministers but they didn’t realise the importance of this public health issue. In Tunisia, many people don’t want to admit that we are an under-developed country.

Even so, I wasn’t discouraged. I starting researching and I discovered than an Indian man had invented a machine that made washable sanitary napkins. It was then that I realised that I could help women, even if I am a man.

We don’t just distribute the sanitary napkins to the girls at Makthat boarding school, we also run workshops to help create a space where the schoolgirls can feel comfortable talking about sexuality and intimate hygiene with their friends and classmates.

It’s the first time that an initiative like this has been launched in the Arab world. However, in the past few years, more and more businesses and organisations have started making washable sanitary napkins available across Africa. In Uganda, for example, where more than 60% of girls don’t have a convenient or sanitary way to protect themselves during their menstruation, three different businesses have started selling washable sanitary napkins.

Girls from the Makthar boarding school shared their stories in this YouTube video by Enactus IHEC Carthage (Screengrab).