Tunisia attacks: 'Why I posted photos while the assault was underway'

Hidden away for two hours in a room in Tunis's Bardo museum, one man managed to take dozens of photos and post them online as terrorists launched an attack on the building. The images instantly began circulating on social media networks. He agreed to tell us how and .

Hidden away for two hours in a room in Tunis's Bardo museum, one man managed to take dozens of photos and post them online as terrorists launched an attack on the building. The images instantly began circulating on social media networks. He agreed to tell us how and why he did it.

In Wednesday's attack, both assailants at first tried to attack the parliament building where lawmakers were debating new anti-terrorist measures. But they were pushed back by security forces. That's when they opened fire on tourists taking shelter in the Bardo museum located next door.

Aside from the two attackers killed by Tunisian law-enforcement officials, at least 21 people - 20 of them foreign tourists - lost their lives in the attack. The Islamic State group took responsibility for the assault in an audio recording, claiming that all along their target had indeed been the museum and not Parliament.

Inside Bardo Museum during the attack.

"I did it so that people understand that it was the museum that was under attack, and not the Parliament"

Sofiene Ghanjati is a music professor and member of Tunisia's symphony orchestra. He was in the museum when gunmen broke in.

I was visiting the museum with my wife and my two children when we heard strange noises around 12:15. At first we thought that maybe it was the sound of construction being carried out. Then, suddenly, we heard a much louder noise. We thought that perhaps a statue had fallen to the ground. Later, we were told that it had actually been a grenade ...then there were bursts of gunfire. There were foreign tourists around us, including French and Polish people. We went and hid in a room with mosaics located on the second floor, where there was a little corner in which we could hide. We stayed there for a few minutes.

"We turned out phones off, so as to avoid making any noise in the room where we were hidden"

Then, the noise started getting closer to us. We ran to hide in another room on the first floor and barred the door shut by using a kind of iron bar. We then jammed the second door shut with the handle.

We turned our phones and ringtones off to avoid making any noise. When we put our ears to the door, we could hear loud bangs coming from the ground floor and second floor, but not on our floor. We could hear the assailants but I didn't see them. There were 37 of us in the room - mainly foreigners. They were frightened. I tried to calm some of them down, but what could we really do? 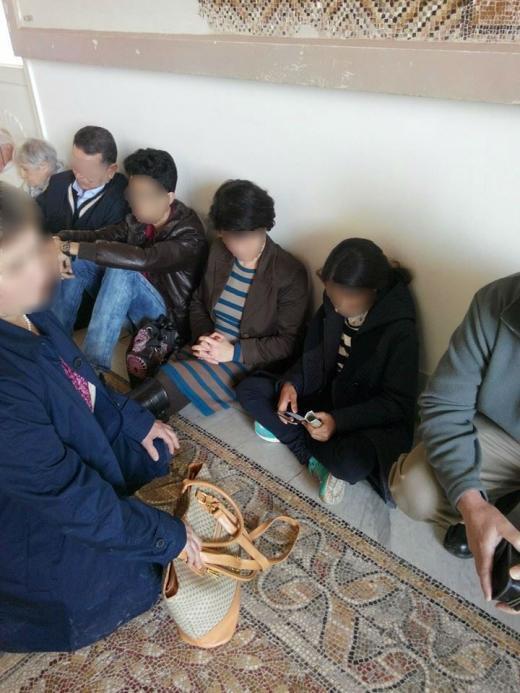 So I decided to take photos, and I sent them to friends and local media outlets to make them understand that it was indeed the museum that was under attack. I tried contacting the army and police too, to let them know that we were trapped in the room. Afterwards, I used the Internet to keep track of events: that's when I saw that people had been killed, and that special forces were positioned on the roof of the museum.

"There were still shots being fired as we were being evacuated"

In all, we stayed in the room for roughly two and a half hours. Police from the anti-terrorist brigade forced open the doors and got us out one by one. There were still shots being fired as we were being evacuated. I saw two bodies on the first floor, another on the ground floor, and another one at the entrance to the museum by the road. 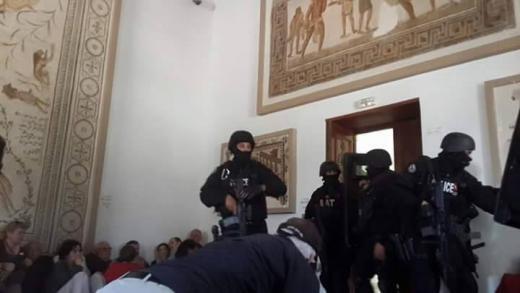 In the room next to us, there were 10 or 11 people hidden who were also evacuated at the same time. Half an hour later, the police evacuated the other visitors who had been hidden in the library. 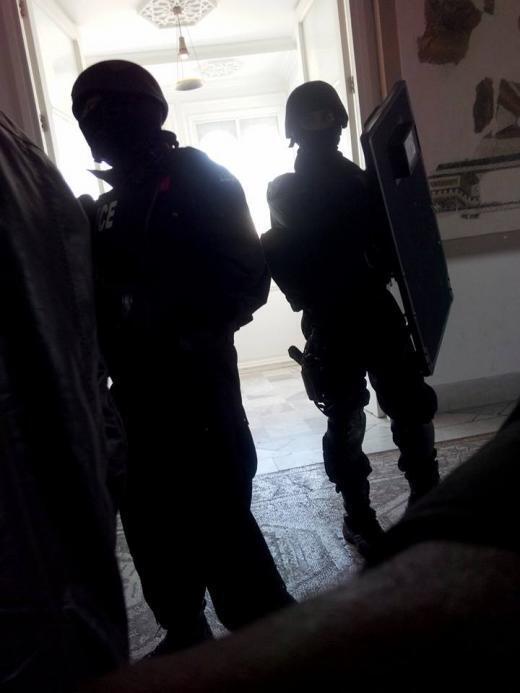 Once out, we were led to a military barracks around 100 metres from the museum. There were doctors on site ready to examine us. They gave us sugar, sweets, juice... we were able to talk about what we had just lived through and we stayed there for about half an hour. 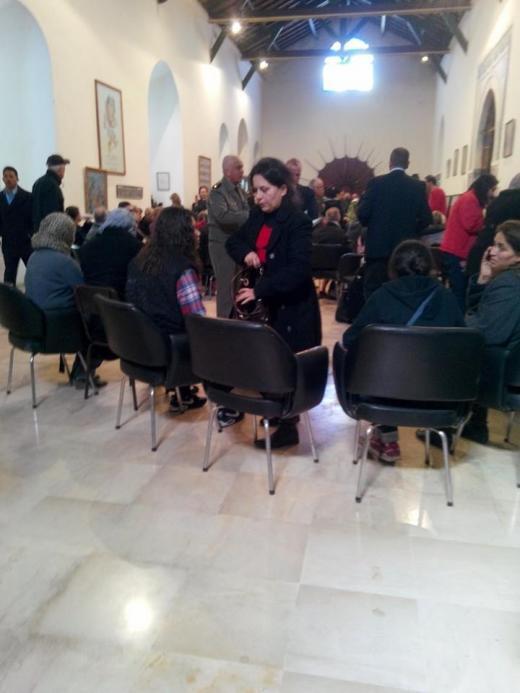 Later, lots of foreign tourists were taken by bus towards the port because they had been on cruises. That's where their cruise ships were waiting for them. As for myself, I was transferred to another military barracks in an armoured van with around 50 other people - Tunisians and one Yemeni. It was a top-security barracks in El-Gorjani, where we were fully interrogated by the police. I finally left three hours later.