Since December, pastors have flooded the dusty streets of the Ugandan capital of Kampala to spread an ominous message: the end of the world is coming. But their repeated doomsday prophesies are leaving much of the city's residents increasingly fed up.

Photos and video sent by our Observer Al Hadji Kudra Maliro, taken in December 2014 in the Ugandan capital Kampala.

Since December, pastors have flooded the dusty streets of the Ugandan capital of Kampala to spread an ominous message: the end of the world is coming. But their repeated doomsday prophesies are leaving much of the city's residents increasingly fed up.

"People complain because the preachers are noisy"

Al-hadji Kudra Maliro is a Congolese journalist who regularly works in Uganda.

I saw the pastors preaching in the streets of Kampala for the first time at the beginning of December. And since then, I get the impression that their number is increasing. When some began coming out onto the streets, others began imitating them, maybe to compete with them.

One pastor explained to me that many people no longer go to church services. They often find themselves at church with just a few dozen followers. It's surely true, because people in Kampala work a lot - even on Sundays - so they don't have much time to go to church. For pastors, preaching in the street allows them to reach more people and spread their message. Moreover, several pastors say that they've had a divine revelation. They believe that the end of the world is coming and they say that they've been sent by God to tell the people. 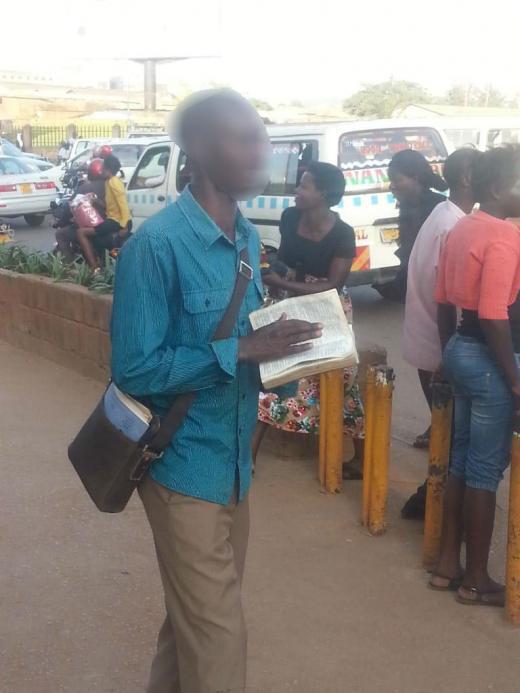 The pastors place themselves in strategic locations, where there are lots of people: for example, in front of supermarkets. They're particularly present along main roads in the morning and the evening, when people go to work and return at the end of the day. That's when people get stuck in traffic jams. I believe that pastors only do that in Kampala, because I often travel to other Ugandan cities and I never saw this anywhere else.

They make lots of noise: some use megaphones, microphones and speakers. Around 80% of them preach in Kiganda [a language spoken in Uganda], and the rest in English. 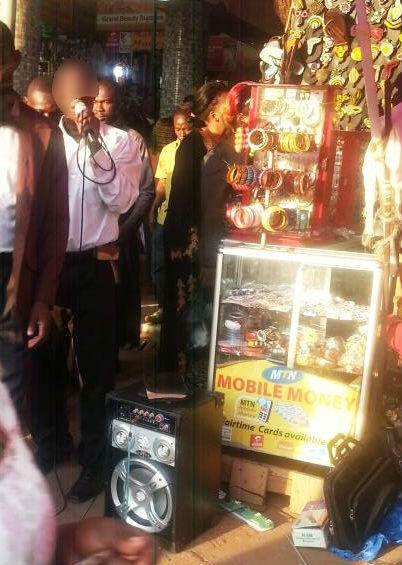 This pastor tries to get himself heard by using a microphone.

Some passers-by listen to them attentively. But in general, these preachers irritate residents who complain that they're too noisy. They also say that if they wanted to hear sermons, they would go to church.

The Ugandan government and the city authorities haven't taken a stance on the issue for the moment. The police don't say anything either: in Africa it's a bit complicated to reprimand someone who's just preaching.

According to the Ugandan office of statistics, around 35% of the country's population is Protestant. The existence of this branch of Christianity in Uganda can be traced back to the second half of the 19th century, with the arrival of Protestant missionaries. Nowadays, Protestant evangelists continue to proselytise zealously throughout the country. The number of Protestant missionaries from the United States in Uganda also keeps rising. Critics accuse these American preachers of spreading homophobic sentiment and supporting a planned law that would threaten homosexuals with life imprisonment.