Dozens of villagers have spent the last three years camping on a hill in the Great Atlas mountains in Morocco to protest a mining company that is polluting their region.

Photo of a sit-in protest held by the residents of Imider. Photo posted on Facebook.

Dozens of villagers have spent the last three years camping on a hill in the Great Atlas mountains in Morocco to protest against a mining company that is polluting their region.

The residents of the Berber community of Imider have been speaking out for the past few years about the toxic waste produced by the Société Métallurgique d’Imider (or SMI), a mining company that owns the deed to one of Africa’s most important silver mines. The villagers, most of whom are farmers, are calling for the company to stop flooding their waterways with toxic waste. They also want SMI to provide locals with more jobs.

In August 2011, after several months of fruitless negotiations with the company, the villagers decided to take matters into their own hands by shutting off the water flow from the principal reservoir that supplies the mine. In the years since, the villagers have kept up their protest, taking turns to camp on Mount Alebban, where the reservoir is located, in the hope that the authorities will one day listen to their demands.

On November 30, dozens of locals organised a march to protest the repression of their movement. They also called for freedom for several activists who were arrested during recent demonstrations.

Moha is an Imider resident who is participating in the sit-in.

Since we shut off the water supply, we haven’t left Mount Alebban. The locals take turns at the site so that it is occupied 24 hours a day. We have even built huts there for shelter.

The reservoir [that has been blocked by the protestors] holds waters from wells originally dug by the company in 2004. It has a total capacity of 1600 cubic metres. In order to meet its production goals, the mine was pumping 24 litres of water per second from the reservoir.

As time went by, this pumping resulted in a drying up of all the water sources used by the local farmers. The lack of water was so severe that the farmers had to give up agriculture, leaving many local families unemployed. 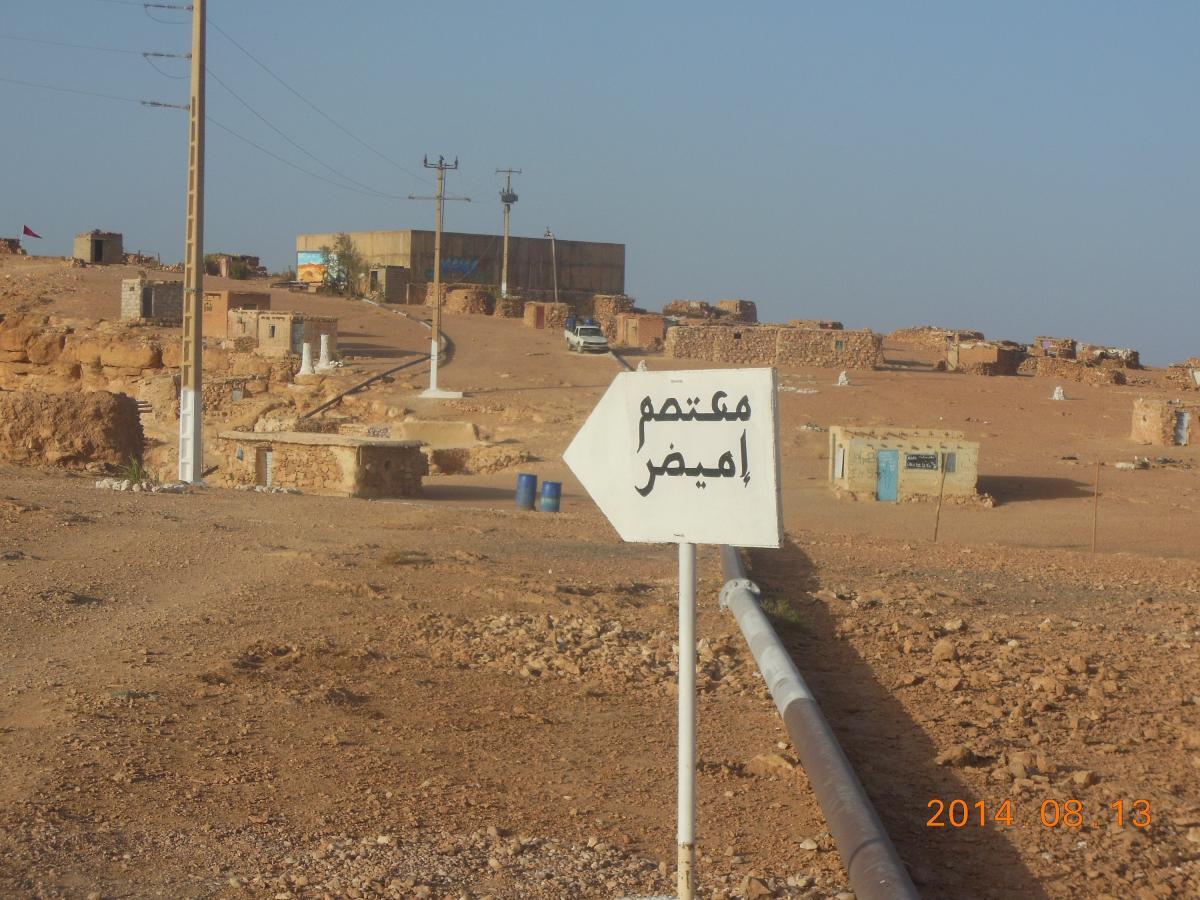 This sign reads "Imider sit-in". (The photo was originally published on the movement’s Facebook page. It was sent in by Brahim Oummad.)

Since we shut down the Mount Alebban reservoir, the mining company has dug wells in other zones. Still, they have had to reduce their water consumption and, as a result, the mining company’s productivity has dropped roughly 40%. Meanwhile, the wells belonging to the locals have also started to fill up again. 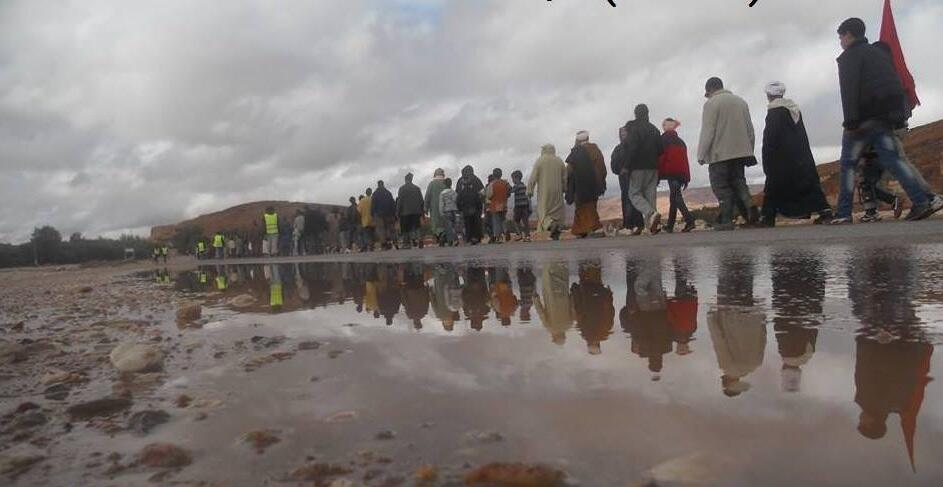 Imider residents organised a march in November 2014 to protest the mining company. (This photo was published on the movement’s Facebook page.)

We are also demanding that the mining company implement serious measures to reduce pollution because it produces highly toxic waste including both cyanide and mercury. These chemicals enter into the groundwater and pollute the villagers’ potable water. The mine also expels gas through a large chimney, polluting the air breathed daily by the locals.

The video shows the gas released by the mine.

We fear that these pollutants will cause respiratory illnesses, skin problems and cancers. Sadly, we don’t have the money to do a study of the impact of the mine on our health.

SMI says that 40% of its employees come from local villages. Imider residents contest this number, saying that the company’s definition of “local villages” includes far-off places like Ouarzazate, which is about 140 kilometres from the mining zone. SMI also says that it undertook studies showing that the mine did not damage the environment. Local activists say that they had never seen such studies.