Over a hundred people, mostly children, have been reported dead after a Taliban assault on a military school in the Pakistani city of Peshawar. Our Observer witnessed the chaos that followed the attack.

Over a hundred people, mostly children, have been reported dead after a Taliban assault on a military school in the Pakistani city of Peshawar. Our Observer witnessed the chaos that followed the attack.

At about 10am, six assailants scaled the walls of the Army Public School and Degree College in Peshawar, which is located in a military cantonment. Several gunmen began firing. Others detonated suicide bombs, which are thought to have caused the most extensive casualties.

The standoff between the militants, who had taken some students hostage, and the authorities lasted until 6:30pm local time when police announced an end to the siege. They said all the assailants had been killed. 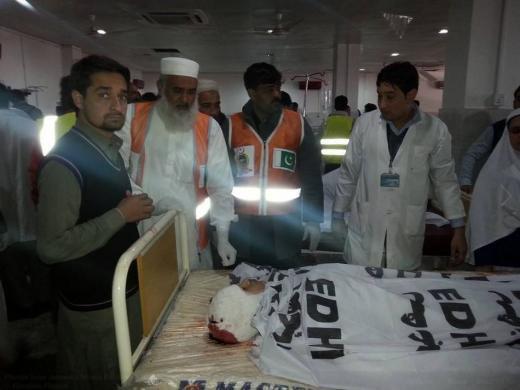 “We heard a loud bang”

Nazar Ul Islam is a freelance journalist. He is based in Islamabad but had travelled to Peshawar to work on a feature story and was there this morning when the attack began.

I was in a juice shop this morning around 10:30am when I heard gunfire. We weren’t sure what was happening but then it was followed by a huge bang.

I immediately rushed to find a television and they were reporting that a military area had been targeted. I called my contacts in the police and military and they confirmed that the military-run school had been attacked.

I went to the school immediately but they had already set up barriers to keep the media out. Moreover, it is within an army cantonment so it is not open to civilians. Ambulances were coming in and out but the operation was still going on.

“Parents were crying, praying, yelling ‘down with the terrorists’”

Then, I rushed to [Lady Reading] hospital. It was very distressing; I saw kids in blood-soaked school uniforms. Most of the injured were teenagers.

Many parents came and they were not sure what had happened to their kids. They were crying, praying, yelling “down with the terrorists.” They were all so worried.

There were also a lot of politicians who came to the hospital. The chief minister came and told everyone about the most recent death tolls. 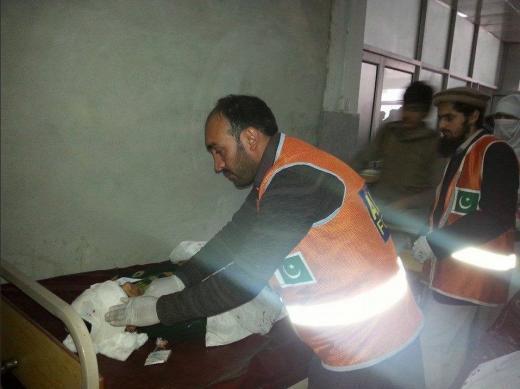 Photo from the Facebook page of Al-Khidmat Foundation Pakistan. 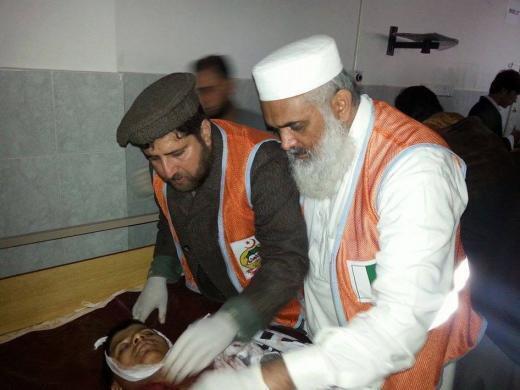 Photo from the Facebook page of Al-Khidmat Foundation Pakistan.

The Pakistani Taliban spokesperson told journalists [by phone] that they claimed responsibility for the attack and had targeted the school because there are children of people in the military who go there. This is clearly retaliation for the campaign that the military has launched against the Taliban [Editor’s note: The Pakistani army claimed to have cleared 90 percent of the North Waziristan tribal region during Operation Zarb-e-Azb in June.]

The Taliban also said they gave orders to target only “mature children”, meaning teenagers. I think this is a public relations strategy because the Taliban wants to show that they are “reasonable,” that they differentiate between older and younger children.

The Pakistani military launched Operation Zarb-e-Azb, a military offensive against the Taliban in the restive region of North Waziristan, in June 2014. The tribal region is known for being a stronghold of both Taliban and Al Qaeda-linked militants.

Pakistani Taliban spokesman Muhammad Khurasani said that this offensive. had “targeted the innocent tribal Muslims and continues to use airplanes to bomb women, children and old people.” He used this as a justification for the attack on the school.