‘White helmets’, the Syrian men and women braving bombs to save lives

In Syria, they’re known as the Syrian Civil Defense. Elsewhere, they’re called the “white helmets”, which is what they wear during their rescue operations. For almost two years now, these volunteers have been saving lives day in and day out in areas bombarded by the Syrian regime.

'White helmets' on a rescue operation in Aleppo after a shell strike. Three people were found dead. Photo published here.

In Syria, they’re known as the Syrian Civil Defense. Elsewhere, they’re called the “white helmets”, which is what they wear during their rescue operations. For almost two years now, these volunteers have been saving lives day in and day out in areas bombarded by the Syrian regime.

In part financed by the Syrian National Coalition, which is the regime’s main opposition force, the Syrian Civil Defence insists that it is neutral and impartial. The white helmets operate all over the country, in zones that are no longer under the control of the Syrian army and where emergency medical services no longer exist.

In the region of Idlib, which is for the most part controlled by Islamist groups opposed to the regime – notably the Al Nusra Front, which is the Syrian branch of Al Qaeda – 385 white helmets, including 70 women, are working to rescue victims of the bombings carried out by both the regime and, more recently, by the international coalition. 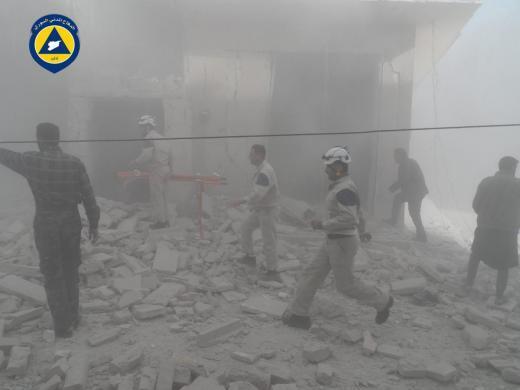 White helmets rush to the scene of an aerial bombing attack in Idlib. Several injured people were saved that day, including two children. Photo published here.

“Doing this work protects me from fear”

Fatima, 30, is a homemaker who lives in Idlib. She decided to become a white helmet a year and a half ago.

At first, lots of people were skeptical. Would women be able to dig bodies out of the rubble? Today, we all work together, men and women, to help rescue people; the women have become an indispensable part of the team. We went through a lot of training. The first training session was held a year and a half ago in Istanbul; a second session was held in Adana six months ago. We learned so much: how to get bodies out of the rubble; how to administer first aid, for example a cardiac massage; and how to prepare the injured so they can be transported by ambulance to a hospital.

These days, there are aerial bombings every couple hours, sometimes even every hour, by both the Syrian regime and the international coalition. As soon as bombs hit, we rush to the scene. Many of the victims are women and girls. They really appreciate being tended to by women. The closest hospitals are two or three hours away, so our work is very important to their survival. We bury those who don’t make it. 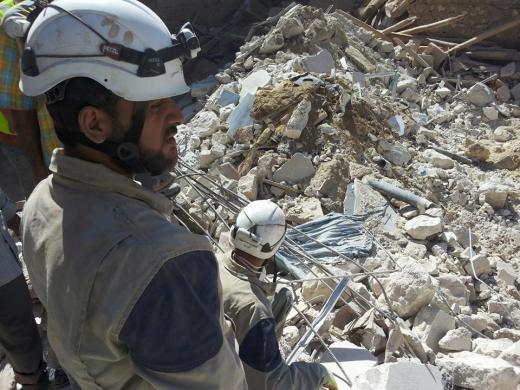 At the end of a 26-hour rescue operation, in which five bodies were found. One person was stuck in the rubble; the white helmets were unable to find him. Photo published here.

I live near the Civil Defense base, which is practical. I am ready at a moment’s notice. In Idlib, we’re lucky – in some parts, we are able to access the Turkish telephone network. This allows us to communicate with each other safely, since the Syrian regime listens in on phone conversations on the Syrian network. We don’t often have electricity, which makes it difficult to communicate using Skype or other messaging services. We work under very complicated conditions. 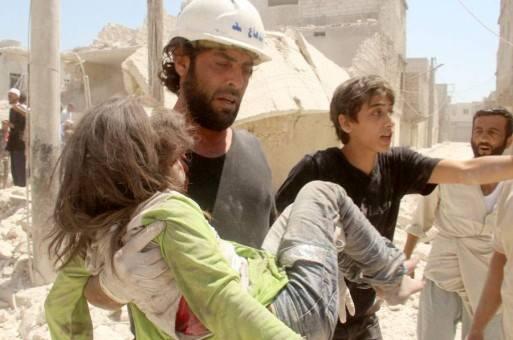 A child found alive in the rubble. Photo published here.

I’m not afraid to go to areas that have just been bombarded. I have come to realise that doing this work protects me from fear. Helping others gives me courage. I do get scared, but not for myself – for my children at home. Bombs can hit anywhere.

"We will save anyone's life"

Raed Saleh is the founder and director of the Syrian Civil Defense in Idlib governorate.

We get financial and material help from several international NGOs and governments. Italy, for example, gives us medical equipment. The Syrian National Coalition gives us financial support, which allows us to compensate our volunteers. But this funding in no way affects our neutrality and impartiality. On the ground, we don’t make distinctions between people. We will save anyone’s life. In practice, however, we mainly operate in areas that have been liberated or that are under the control of the Islamic State group, because that’s where there are bombings. 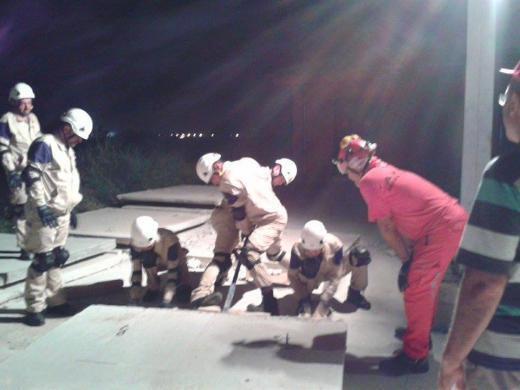 In Idlib, there have been times when fighters from the Al Nusra Front have helped us by carrying wounded people to our ambulances. However, we have been saddened to see that the Syrian regime does not respect our neutrality. They have dropped bombs near our centres. They target our volunteers; several of them have been killed. But we’ll continue to do our work – we don’t have a choice. The situation is dire, and it might get worse. We want to train more volunteers, especially young people. We need more supplies and ambulances. We also need cash, mainly to buy gas for the ambulances. 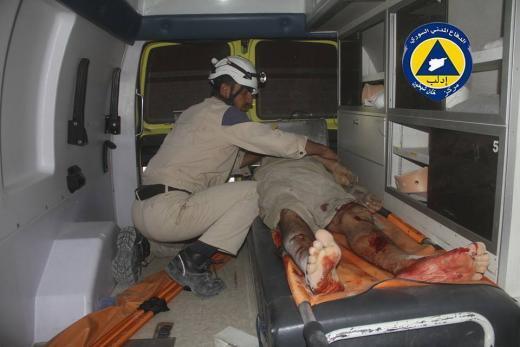 An injured person that was found in rubble in Khan Shaykhun is taken to the hospital in an ambulance belonging to the white helmets. Photo published here.

The Syria Campaign has launched a fundraising effort to help support the white helmets. For more information, click here. 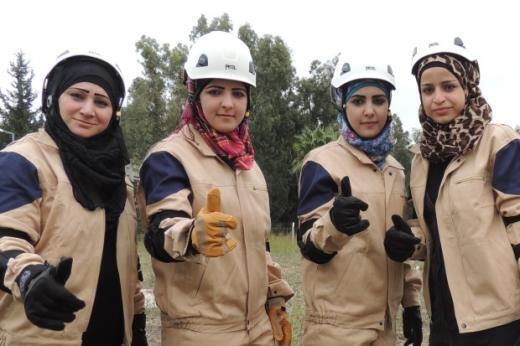