This rap duo comes from Zimbabwe and Kenya, they live in Moscow and they have become famous from a song paying homage to… Vladimir Putin, a feat all the more surprising given the prevalence of racism against Africans in Russia.

This rap duo comes from Zimbabwe and Kenya, they live in Moscow and they have become famous from a song paying homage to… Vladimir Putin, a feat all the more surprising given the prevalence of racism against Africans in Russia.

Foreigners are often targeted by Russian ultra-nationalist groups. Last October, a protest against immigrants in Moscow descended into violence when protesters attacked a store employing immigrants from Central Asia. A month later, a video surfaced, capturing the terrifying ordeal of a student from Swaziland who was abused by homophobic skinheads from the Russian city of Belgorod. Russia’s many African students were shocked by the footage.

In this context, the work of "The Architects Musician Group" seems all the more surprising. A.M.G., a rap duo of African origin, are behind the hit rap song "I go hard like Vladimir Putin,” which is a veritable ode to the Russian president. In the song, the two rappers call out to fellow Africans to be inspired by the strength of the Russian head of state. In early October, the rappers began a tour called the #GoHardTour that will take them throughout Russia.

This music video, which originally came out in March, was remixed just before the beginning of the two rappers’ tour across Russia.

“With this song, we are showing young Africans an example to follow”

Kudzayi Victor Matinyarare (otherwise known as K.King) is a member of A.M.G. He has lived in Russia since 2000, when he came to study medicine at the University of Volgograd. He moved to Moscow in 2007.

We didn’t write the song to pay homage to Vladimir Putin. The Russian president was simply a source of inspiration for us. Our basic idea was to write a song to inspire young people to work hard to attain their goals. When I sat down with fellow group member Beni Manici to brainstorm who could be a good example for the younger generations, Putin’s name came up spontaneously.

“Putin, like Mugabe, knows how to rule in an authoritarian way”

We want this song to speak to all blacks, not only those who live in Russia. Beni Manici and I both come from countries where the presidents know how to rule in an authoritarian way [Editor’s note: K. King comes from Zimbabwe, where Robert Mugabe is president and Beni Manici comes from Kenya, where Uhuru Kenyatta is president]. I personally think that we need more emblematic leaders.

With this song, we are showing young people the example to follow: you must work hard, integrate yourself within society and avoid becoming caught up in any illegal activities. Basically, in one sentence: follow the rules, no matter where you are.

On the right is Kudzayi Victor Matinyarare (alias K. King), originally from Zimbabwe. On the left is Benson Angawa Aginga (alias Beni Maniaci) who hails from Kenya.

K. King said that neither of the members of the rap duo have experienced racism since moving to Russia. According to him, the situation in Russia has progressively improved since 2007, a year in which Russia experiences a spike in xenophobic attacks, with on average five “non-white” foreigners killed each month.

However, human rights organisations fighting for the rights of foreigners in Russia don’t share his opinion. In 2009, 41% of Africans interviewed by the Moscow Protestant Chaplaincy said they had fallen victim to at least one violent physical attack.

“This shows another image of Africans in Russia”

The two rappers’ song has received mixed reviews from our African Observers who live in Russia. While many admitted that they didn’t actually know the rappers or their hit song, many said they were happy to see two rappers of African origin take centre stage. Jean-Marie Lisamba, a student at the institute of technology in Belgorod, agreed.

A lot of my Russian friends asked me if I knew these artists. They found it strange to see two Africans singing the accolades of their president. But this song made my friends curious. When they discovered that the artists come from Kenya and Zimbabwe, they started asking questions about our culture. For me, the rappers’ approach is positive because it shows another image of African immigrants. 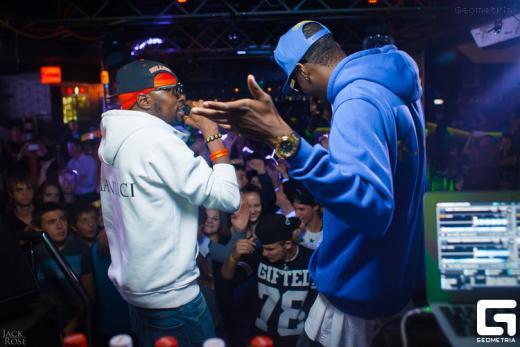 “This rap spreads stereotypes which will only reinforce xenophobia”

Others, however, think that these rappers are just blindly participating in already rampant Putin-mania. Ladji (not his real name) is a Guinean student in Moscow.

I don’t really understand these rappers’ motivations, unless they want to win favour with the Russian authorities [Editor’s note: The rappers have been accused of being propaganda tools for the Kremlin, which they denied when questioned by both the Russian media and FRANCE 24.] The fact that the rap addresses “blacks” and tells them to “work hard” reflects the negative stereotype that “blacks don’t work hard.” It will only reinforce xenophobia.

Moreover, when I see all of the racist comments posted under their YouTube videos, I can’t help but think that we still have a long way to go. Personally, I would never go to one of their concerts: not just because I don’t agree with their initiative or ideas, but also because it would be too dangerous for a black person.

This post was written with FRANCE 24 journalist Alexandre Capron (@alexcapron).