The savagery of ISIS jihadists rampaging through Syria and Iraq is well known. But dozens of photos circulating on social media networks and the media claiming to show the barbaric acts of the Islamist group are, in fact, fake.

A fake photo of 'enslaved women in Mosul' circulating on social media networks.

The savagery of ISIS jihadists rampaging through Syria and Iraq is well known. But dozens of photos circulating on social media networks and the media claiming to show the barbaric acts of the Islamist group are, in fact, fake.

While ISIS has claimed responsibility for multiple acts of horrific violence, many of the shocking images published online and attributed to the jihadist group have actually been taken out of context and falsely labelled.

The jihadists that fight under the banner of ISIS are spreading terror in Syria and Iraq. In areas they control, they have massacred prisoners and stoned women to death. Recently, the jihadist organisation has forced thousands of Yazidis and Christians to flee after taking control of Mosul and Sinjar in the north of Iraq.

ISIS has claimed responsibility for multiple acts of terrifying barbarism. Online and in the media, it’s possible to find dozens of horrifying images attributed to the jihadist group. Yet many of these are not what has been claimed.

Photos of 'summary executions of Yazidis'

On Monday several media outlets posted online photos that claimed to show the mass execution of civilians belonging to the Yazidi religious minority [WARNING: These images are shocking]. The jihadist organisation posted these same photos on social media networks on Saturday, pointing out that they had been taken in Syria. These photos show the execution of a group of men from the ‘Chouïtat’ clan who rebelled against ISIS in Deir-Ezzor. 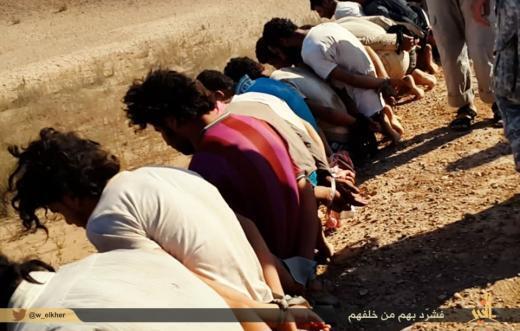 Execution in Syria presented as the massacre of Yezidis in Iraq.

Citing an Iraqi parliamentarian, several websites claimed that hundreds of women from the Yazidi community had been sold as slaves after the capture of Sinjar at the beginning of August. One photo showing women chained and veiled spread on social networks and was taken as proof of the claim. It turns out that this image was taken during a Shiite procession in the town of Nabatieh, in southern Lebanon, in 2013. 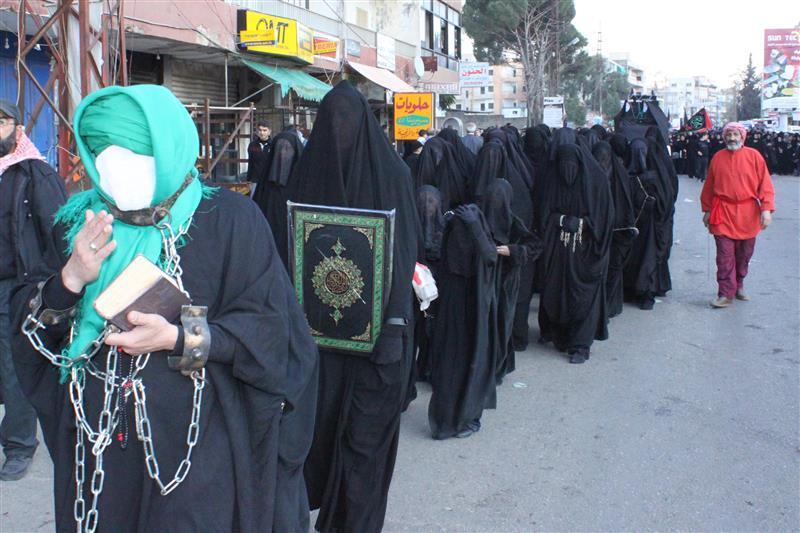 Already at this time, the same photo had been published online by websites claiming it showed the jihadist organisation’s treatment of women in Syria.

Several media outlets broadcast a video of a group marriage in July in Mosul, Iraq. These women were allegedly forced to marry jihadists.

In reality, the video shows the marriage ceremony of an Islamist fighter in Syria. In the video, the master of ceremonies says [at 0:20] “I congratulate our brother and friend the groom…” showing that the marriage is for one man only. The original video was published in June 2013, well before the arrival of ISIS in Iraq.

A ‘fatwa’ on genital mutilation

At the end of July, a representative of the United Nations in Iraq claimed that ISIS had ordered the genital mutilation of all the women and young girls living in the Mosul region. The claim was founded on the basis of a ‘fake fatwa’ that had been circulating online for several months and which references the cities of Aleppo and Azaz in Syria.

Other extravagant claims have been circulating online: ISIS has reportedly, for example, ordered farmers to hide cows’ udders because they’re deemed ‘indecent’. The news hasn’t been confirmed, and so far no image of hidden udders has been published. The rumour has, however, given rise to all kinds of mocking photomontages on social networks.

On the territories that it controls, ISIS applies an extreme interpretation of sharia law. Those who drink alcohol or smoke are whipped, and those who consume drugs are executed. ISIS has, moreover, claimed responsibility for several massacres. On June 13, 1700 Shiite prisoners belonging to the Iraqi army were executed in Tikrit. At the beginning of August, an American media outlet published pictures of several decapitated Syrian soldiers, the heads of whom were fixed to posts in the town of al Raqqa, the jihadist group’s self-proclaimed capital. In this same town, two women accused of adultery were stoned in mid-July. And in September 2013, the islamists attacked and ransacked two churches, under the pretext that the bell chiming disturbed them during prayer time.

The fighters belonging to ISIS have the taken the habit of posting photos of their actions and of bragging on social media networks. Lately, an Australian jihadist – Khaled Sharrouf – posted on his Twitter feed a frightening photo in which his 7-year-old son held up the head of a decapitated soldier in Raqqa, with the caption: “That's my boy."

David Rigourt-Roze is a researcher with the French Institute of Strategic Analysis whose work focuses on Islamists. He says that ISIS doesn't try to hide its acts, which it sees as following a strict interpretation of the Koran.

When the fighters from ISIS carry out their acts, in general they don't try to hide them. On the contrary, they claim responsibility for them because that forms part of their communication strategy. They don't hesitate to post videos on social media networks where we see their enemies decapitated and their heads fixed to posts. That's notably the case with Syrian and Iraqi soldiers and Shiites who refuse to convert. That aims to terrorise and demoralise the enemy.

Their 'publicists' are probably professionals: they have very good mastery of image production. We can notice, for example, in one execution video in Salah Eddine where they killed hundreds of Iraqi soldiers lined up on the ground. These images recall the 'Holocaust by bullets' during the Second World War.

The jihadist organisation has elaborated a genuine communication strategy. They're very adept on social media networks and even publish magazines, where they show in particular how they set up kamikaze operations.

This strategy is completely coherent with their reasoning because they consider Christians and Shiites to be 'associators' [A type of polytheism, according to the Koran]. As soon as they take control of a region, they order them to pay a Jizya [a tax imposed on non-Muslims] or push them into exile. As for the Yazidis, they're considered to be idolators of the devil and could end up exterminated, because - for them - it is lawful to kill them.

This article was written with Wassim Nasr (@SimNasr) and Djamel Belayachi (@DjamelBelayachi), journalists for the FRANCE 24 Observers.