Animal rights activists in Morocco are up in arms at the distressing state of Ain Sebaa zoo in Morocco. The zoo, which houses species on the verge of extinction such as Atlas lions and tapirs, is the subject of protests and petitions as locals mobilise to highlight the alarming conditions for the animals.

One of two remaining Atlas lions at Casablanca zoo. All the photos were published on the page “Save the zoo of Ain Sebaa” on Facebook.

Animal rights activists in Morocco are up in arms at the distressing state of Ain Sebaa zoo in Morocco. The zoo, which houses species on the verge of extinction such as Atlas lions and tapirs, is the subject of protests and petitions as locals mobilise to highlight the alarming conditions for the animals.

In January 2012, Prince Hassan, the son of King Mohammed VI of Morocco, unveiled the revamp at another zoo in Morocco at Rabat with great fanfare. At this zoo, there is a veterinary clinic on site and an educational farm for children. The zoo at Rabat was renovated to meet international standards and to bring pride to the Moroccan capital. However, the situation at the zoo in Casablanca, the country’s second largest city, couldn’t be more different, as shown by photos taken by animal rights activists. 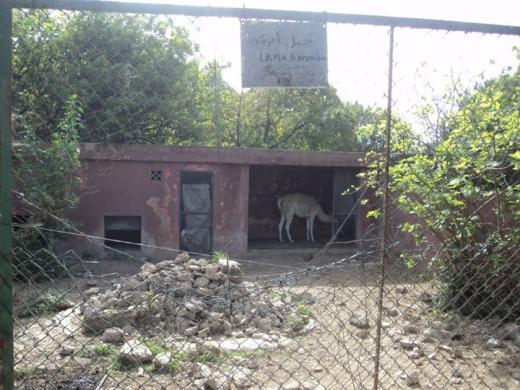 Enclosure for an American Lama 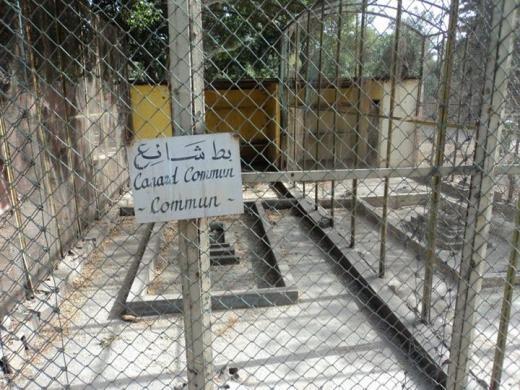 “We saw a lion’s carcass in an enclosure”

Othman Ghaiti is the vice president of the Moroccan organisation for the protection of animals and the environment.

We discovered the terrible situation at the zoo three years ago. During a casual visit with the organisation’s president, we saw an emaciated Atlas lion that was dead in its enclosure. At the time, the zoo’s directors told us the lion had just died. But we had serious doubts when we saw the state of the carcass. We think the carcass had been there for a long time, but the zoo’s administrators were not in any hurry to remove it.

So we decided to examine the zoo’s situation in more detail. For several months now, we’ve been visiting every Sunday and can confirm the disastrous living conditions for the animals. There are, for example, four brown bears at the zoo, the only such bears in Morocco. These animals are fed carrot peelings and bread. They’ve never eaten fish. [Editor’s Note: In the wild, brown bears are omnivores. Although mostly vegetarian, they also eat fish and insects]. We’ve also helped out during the Atlas lions’ feedings, and saw that the meat was so rotten that it had turned blue. That’s not surprising, since the zoo keeps the food in a room without even a fridge.

“I saw visitors give monkeys cigarettes!”

The security of animals at the zoo is also inadequate. Apart from the ticket controller, there are no guards inside. There were no guards to tell visitors not to throw food at the animals or frighten them. Most of the enclosures are made of basic metal bars; there are neither wire nets nor plexiglass. Visitors can throw whatever they into the enclosures and put the animals’ lives in danger. I’ve even seen people give cigarettes to monkeys!

When the animals are injured, the zoo is in no hurry to treat them. For example, there was a fight between two lamas recently, and one of them was injured in the neck. This happened on a Sunday, and when we called the zoo’s director to tell him about it, he told us he had to wait until Monday for the vet to be available.

There’s no doubt the zoo lacks resources. The entry ticket costs 10 cents, while it costs 4 euros at the Rabat zoo. How are they supposed to run a zoo with so little revenue? The state does provide for a portion of its budget, but when we look at the state of the place, we wonder where the money’s gone.

In 2012, after a zoo visit, the mayor of Casablanca promised to set up a plan to completely renovate the zoo. There was even a plan to expand the zoo from its current size of 2.5 hectares to 10 hectares. However, we’re still waiting for the work to start.

The mayor of Casablanca reaffirmed at the end of February that the zoo will be renovated sometimes in the next two years. According to the Moroccan newspaper “L’économiste”, 65 million dirham [5.5 million euros] has been budgeted for the renovation.

When contacted by FRANCE24, the zoo’s director, Mehdi Omari Alaoui, said that in his opinion, the animals looked very well and all the accusations were lies. He added that the zoo was waiting for a new round of funding from the authorities to make improvements. 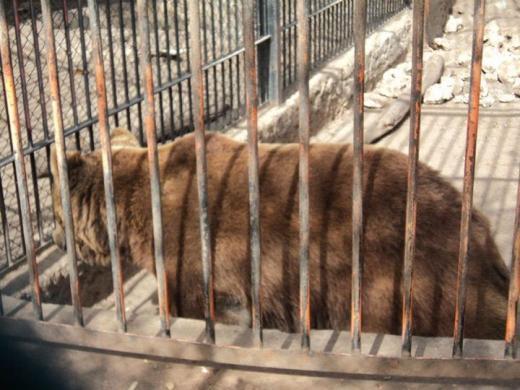