As Argentina currency devalues, 'We don't know what prices to charge!'

“Closed due to the peso devaluation”. In the past few days, many Argentinean stores have been putting up signs with this message. Following a 14% drop in the national currency’s value, Argentina’s retail sector is once again in crisis mode. Our Observer works at a motorcycle dealership, and her daily work in the store has become rather challenging.

“Closed due to the peso devaluation”. In the past few days, many Argentinean stores have been putting up signs with this message. Following a 14% drop in the national currency’s value, Argentina’s retail sector is once again in crisis mode. Our Observer works at a motorcycle dealership, and her daily work in the store has become rather challenging.

In order to curb the disastrous consequences of the peso’s decline, the government has allowed Argentineans who earn more than 7,200 pesos per month (about 660 euros) to receive 20% of their salary in dollars, with a limit of $2,000 per month. Stores are now displaying certain prices in dollar amounts, because the dollar is considered to be a safe haven currency, while Argentina’s currency fluctuates on a daily basis.

Moreover, shopkeepers decry a 10% increase in prices imposed by distributors, who claim this is necessary to keep up with inflation. This has resulted in a shortage of goods in some supermarkets. Other stores selling imported products are refraining from displaying prices in store windows, and are resorting instead to quoting the price to the client in real time by using the official peso/dollar exchange rate at the exact moment of sale.

“Our supplier has stopped all sales”

Erika Antar lives in Buenos Aires. She works for a family business that sells and repairs motorcycles.

The retail sector is completely paralysed! The mopeds that we sell are usually purchased from an Argentinean factory, but they’ve stopped selling since the announcement regarding the devaluation. What with the value of the peso changing every day, producers no longer know which margin to apply. We had taken precautions by stockpiling a bit, because we felt that the country’s economic situation was unstable, but how can we know what price we should charge? So we aren’t selling any bikes right now.

We are supposed to display prices in pesos because we are selling domestically-produced products. [Stores that sell imported products are allowed to display dollar prices], Even if we wanted to set our prices by referring to the equivalent price in dollars, it’s a real head-scratcher, because three rates are applied. For instance, currently, the most recent official rate is 8 pesos per dollar, but if you buy online, an additional sum is levied, which means it’s 10.8 pesos per dollar. In contrast, on the black market, a dollar is worth 12 pesos, which we call “the blue dollar”. 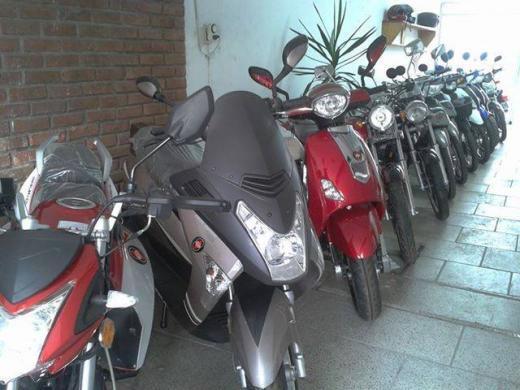 Motorcyles sold by our Observer's family business. They haven't put up prices since January 24.

“At the moment, people are only buying the essential necessities”

When clients arrive, we just tell them, “We’re sorry, but we can’t sell because we do not have prices”, and they tend to be understanding. In any case, since the announcement of the devaluation, people are only buying the essential necessities of life. We recently opened a motorcycle repair unit, which is why we are remaining open for now. But many stores around us have simply closed up shop and are pretending to have gone on vacation while they wait for the crisis to blow over.

In my company, the consequences will be felt at the end of the month. Here, unions set salaries, and now with the devaluation, they will ask for a raise, which will further increase inflation.

My family and I are lucky because we are upper middle class, but many are not so fortunate. The situation is increasingly difficult, especially for young people. And the fact that this is all cyclical only increases the despair we feel.