In Mozambique, fighting between government forces and rebels has been reported in several regions. In the southern province of Inhambane, our Observer says that the latest outbreak of violence has driven panic-stricken residents to flee their homes.

In Mozambique, fighting between government forces and rebels has been reported in several regions. In the southern province of Inhambane, our Observer says that the latest outbreak of violence has driven panic-stricken residents to flee their homes.

Clashes were reported on Tuesday in the district of Homoine, with one local journalist telling FRANCE 24 that both government forces and rebels had incurred casualties. Families had already begun fleeing their homes in the towns of Pembe and Fanha-fanha on January 1 after reports that the opposition movement Renamo [The Mozambican National Resistance] had reactivated a military base in the area. Local police are said to have fled along with the population. The government has since confirmed that armed men from Renamo have been operating in the province of Inhambane.

Video sent to FRANCE 24 by Berlaves Alexandre. It shows people fleeing their homes in the district of Homoine, Inhambane Province.

The skirmishes have raised fears that Mozambique could be dragged back into its bloody past. Despite 20 years of relative stability, earning it a place among a list of the world’s 50 most peaceful countries in 2012, Mozambique is still a desperately poor nation. The country’s civil war finally came to an end in 1992, after 16 years of fighting between the Frelimo government and Renamo rebel fighters left one million people dead.

Berlaves Alexandre is a local journalist and the coordinator of a community radio station in the district of Homoine, where much of the fighting has reportedly been taking place.

On Tuesday there was fighting between Renamo guerrillas and Mozambican government forces. We heard that three government soldiers had died, and that two Renamo gunmen had been injured and were being held at the rural hospital of Chicuque. But we don’t know for sure because there’s conflicting information. Since then, we heard that the area has returned to normal.

People have been leaving their homes since January 1. On Sunday morning our crew went to the town of Pembe, in Homoine District, which Renamo guerrillas have made their provincial base. Along the way there were people of all ages fleeing in different directions. We found cars loaded with all kinds of things, like goats, pigs, chickens, beds, housewares: whatever people could prioritise when they decided to flee. 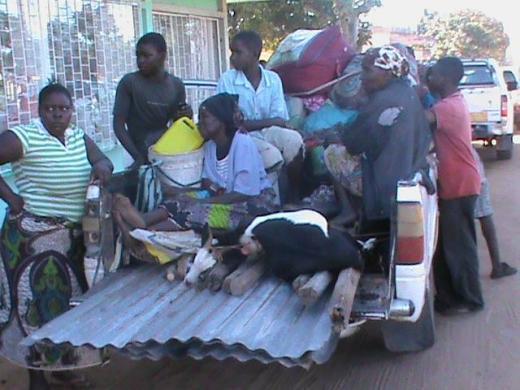 Photo sent to FRANCE 24 by Berlaves Alexandre. It shows people fleeing homes in the district of Homoine, where clashes were reported on January 7.

There was a 70-year-old man with his wife. He said he had six children and countless grandchildren. We found him pushing his bicycle loaded with their few possessions. He told me they had to sleep in the woods and didn’t know where they could go. He said he had seen people from his neighbourhood fleeing, so he and his wife just followed them. They didn’t even know why they had had to abandon their home.

Events that took place more than 25 years ago may have pushed them to leave. In 1987, the war’s worst massacre was carried out in the town of Homoine. More than 400 people were slaughtered, allegedly by Renamo gunmen. But according to our Observers, this time round Renamo insist that civilians won’t be attacked. 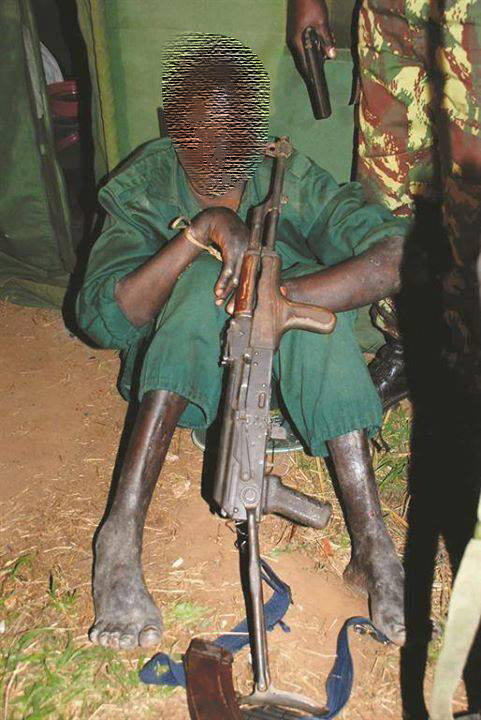 Photo sent to FRANCE 24 by Berlaves Alexandre. It shows a Renamo militant captured by government forces in the town of Pembe on January 7.

Tensions have been simmering in Mozambique since last year. In October, Renamo said it had ended its 1992 peace deal with Frelimo after government forces attacked one of its bases in the centre of the country. Renamo said it was an attempt to kill its leader. In response, Renamo – which became a regular political party after the end of the civil war – boycotted last November’s local elections.

José Cume [not his real name] is a source in Mozambique who prefers to remain anonymous. He told FRANCE 24 that both sides had put themselves on a war-footing.

This is the result of the skirmishes that have gone on since after the Cold-War period, because we basically still have two movements with guerilla mindsets fighting each other. One is in power [Frelimo], the other one wants to reach power [Renamo]. They both have weapons. So there are the necessary preconditions for a war scenario to develop. If both sides refuse to negotiate, they could seriously destabilize the country. 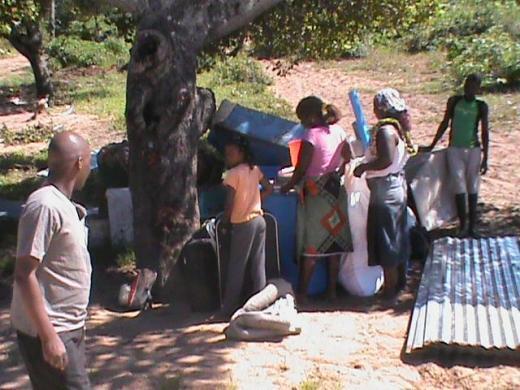 Photo sent to FRANCE 24 by Berlaves Alexandre. It shows people fleeing homes in the district of Homoine.

The causes of this breakdown are a combination of factors. Frelimo never wanted to share anything with Renamo. Renamo accuse Frelimo of politicizing the state. Basically, according to Renamo you have to prove you’re a Frelimo sympathizer to get access anywhere. Renamo also believe the upcoming elections could be rigged [Presidential elections are scheduled to take place in October 2014], so they’ve asked for the composition of the National Electoral Commission to be changed. It’s currently made up of mostly Frelimo sympathizers. It’s also quite clear that only the guys connected to Frelimo will have access to the big economic deals, so Renamo also want to be part of that.