Zuola, 31, has been one of the most influential Chinese bloggers since 2007. In an interview with the FRANCE 24 Observers, he discusses the “citizen reports” for which he is famous and his tricks for getting around government censorship.

Zhou Shuguang shares a video message during his coverage of a protest in Taiwan.

Zuola, 31, has been one of the most influential Chinese bloggers since 2007. In an interview with FRANCE 24's Observers, he discusses the “citizen reports” for which he is famous and his tricks for getting around government censorship.

Zhou Shuguang started out as a computer repairman for a graphic design company. In May 2004, at the age of 23, he began posting short anecdotes about the small city of Meitanba, in Hunan province. He wrote about small protests and cases of everyday corruption, among other subjects.

In March 2007, Zuola started to become better known when he posted a series of articles on a couple fighting a construction project that would demolish their house in Chongqing, which was situated on a small, isolated tract of land. He raised money from his readers in order to pay for his travel there. He has made use of this crowd-sourcing funding model ever since. 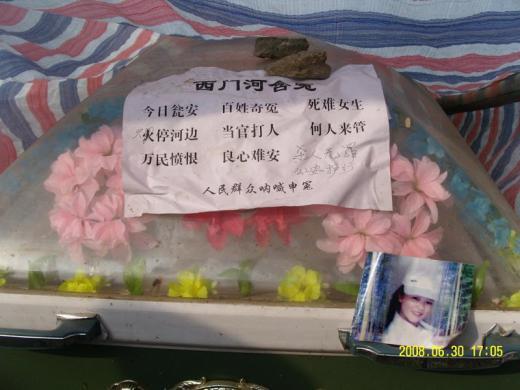 In 2008, Zuola covered the story of the murder of a young girl in Wengan, which traditional media did not pick up. 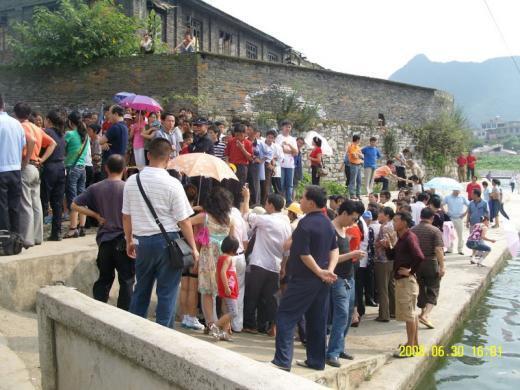 International media have touted Zuola as the father of citizen journalism in China. Most recently, he and another Chinese blogger became the subject of a documentary by American filmmaker Stephen Maing, which came out in June.

Zuola is a regular Observer here at FRANCE 24. Most notably, he shared exclusive photos taken the day after the Tiananmen Square massacre, which he was able to obtain more than 20 years after the event.

Zhou Shuguang, better known as Zuola, has been living in Taiwan, where his wife is from, since 2011, but he frequently returns to mainland China.

When I meet someone new, I don’t introduce myself as a journalist, but as a blogger who wants to share his or her story. When you adopt an amateur approach, it works well, but even this has a tendency to get ‘mainstream’ over time [the official media agency Xinhua recently launched a software tool to encourage citizen journalists to share their news]. But it’s definitely easier to be a citizen journalist these days than when I started out, now that new means of communication are in place!

Chinese people are aware of censorship in traditional media outlets, and they believe that the Internet will fill this vacuum. All those that I meet, even those in very remote areas, are very open to the idea of being filmed, photographed, and sharing their stories with the world, even if it is all virtual and they don’t quite understand what the Internet is. That was my approach for the first “nail house” story: I went to see these people that nobody was talking about in order to share their story, their faces. I never thought that my blog would go from 5,000 to 500,000 daily readers! 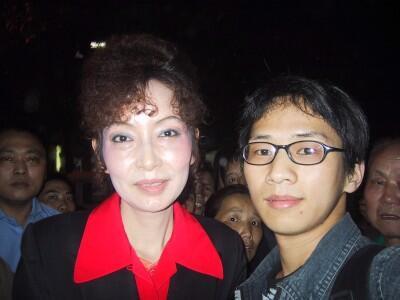 Zuola was one of the first to meet and interview the couple that fought against the destruction of their house. 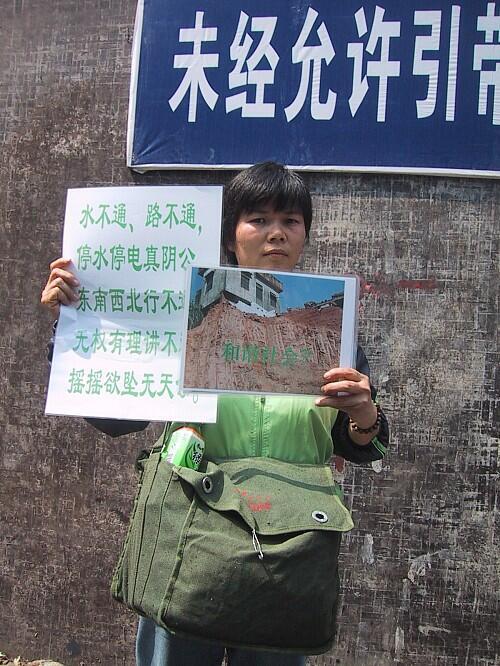 People who read Zuola’s articles held protests to save the couple’s house.

After this article came out, I noticed that my posts were getting censored. Videos I had uploaded to Youku [the Chinese YouTube] were blocked by the “Chinese golden shied” [a firewall set up in 2003 to censor the Internet]. Some articles were entirely removed because they contained key words censored by the government. Many readers told me they could no longer access my site because their IP address had been blocked.

This encouraged me to improve my strategies. Since then, I have always made at least two copies of all my videos and photos, one of which is hosted on a foreign service. I encouraged people to follow my RSS feeds to avoid drawing the government’s attention if there are too many clicks on one particular article, and I put in place a secure HTTPS address to encrypt data.

Screen capture of the error message on one of Zuola’s articles about the “nail house”: “Content blocked by law, limited access”

Another memorable report is my coverage of the protest in Xiamen against the construction of a petrochemical plant. I had just acquired a Blackberry and live-tweeted and photographed the protest, which was something that was still fairly uncommon in China at the time.

First videos shared by Zuola during his coverage of the protests in Xiamen.

Sometimes, my readers ask me if I am narcissistic because I post pictures of myself at the places I go to [Zuola also created T-shirts in his image to fund his blog]. Maybe they’re right! But as I see it, it’s a way of showing that I’m truly witnessing these events and that I have nothing to hide. To show my face is to show the Internet that I am free. 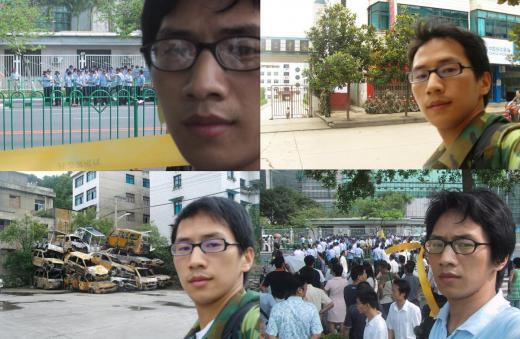 My new project is to share my knowledge about circumventing censorship, for instance by using proxys [Zuola regularly shares tips on Twitter for avoiding censorship] or methods that can encrypt communications, even when using Skype. [Editor’s Note: civil liberties groups have accused Skype of participating in censorship of Internet communications].

Many Chinese people are afraid to blog because they fear government sanctions. [Editor’s Note: according to Reporters Without Borders, at least 29 journalists and 69 bloggers are currently imprisoned in China]. I won’t deny there are risks. But how can you know what the limits are if you don’t test them? I’m only 1.61 metres tall, I’m kind of scrawny, and I report without adding drama, only to show what is going on in others’ lives. I never feel like I’m in danger, because everything I do is legal.