Five years of the Observers: Thank you everybody!

Five years! Exactly five years ago today, the Observers was launched for the very first time. We would like to celebrate this with you as we reflect on the path we’ve travelled together, and look forward to some of our new projects.

Five years! Exactly five years ago today, the Observers was launched for the very first time. We would like to celebrate this with you as we reflect on the path we’ve travelled together, and look forward to some of our new projects.

Thanks to you, your images and your tip-offs, your eyewitness accounts and your insights, we have covered international news with a unique point of view. Today, our network consists of 3,000 Observers whom we have worked with, along with 60,000 people who have signed up to our website. They are everywhere across the world, from all walks of life.

We organised several events to mark this momentous day.

One of the reasons behind our project’s success has been the trust established with our Observers. We invited four of our closest collaborators to Paris to come and meet us and to see where and how we work: Sanogo, a key contact during the Ivorian political crisis in 2011; Enas, a young Libyan who closely followed the reconstruction of her country; Mohamed, a Saudi who followed the protests in the east of his country; and one of our Chinese Observers.

It was a chance for them to discover the FRANCE 24 headquarters, the studios, the editing rooms, and above all, the editorial team behind the Observers. While the Ivorian Sanogo was visiting the newsroom, he bumped into…his Prime Minister, Daniel Kablan Duncan, who had been invited for an interview. What a lucky encounter!

The media tour continued with a visit to Le Monde, the most famous daily French newspaper; and a visit to RFI, FRANCE 24’s sister radio station.

Our Observers also took part in a special broadcast in which they recounted their experiences. The program will be broadcast on FRANCE 24 from this Friday at 10:45pm (Paris time). For the rest of their stay, we showed them around Paris, a city they were visiting for the first time. Footage of their visit in Paris, a documentary on how our program works, as well as a special program of “Best Obs”, our best stories over the past five years, can be viewed by clicking on the image below. 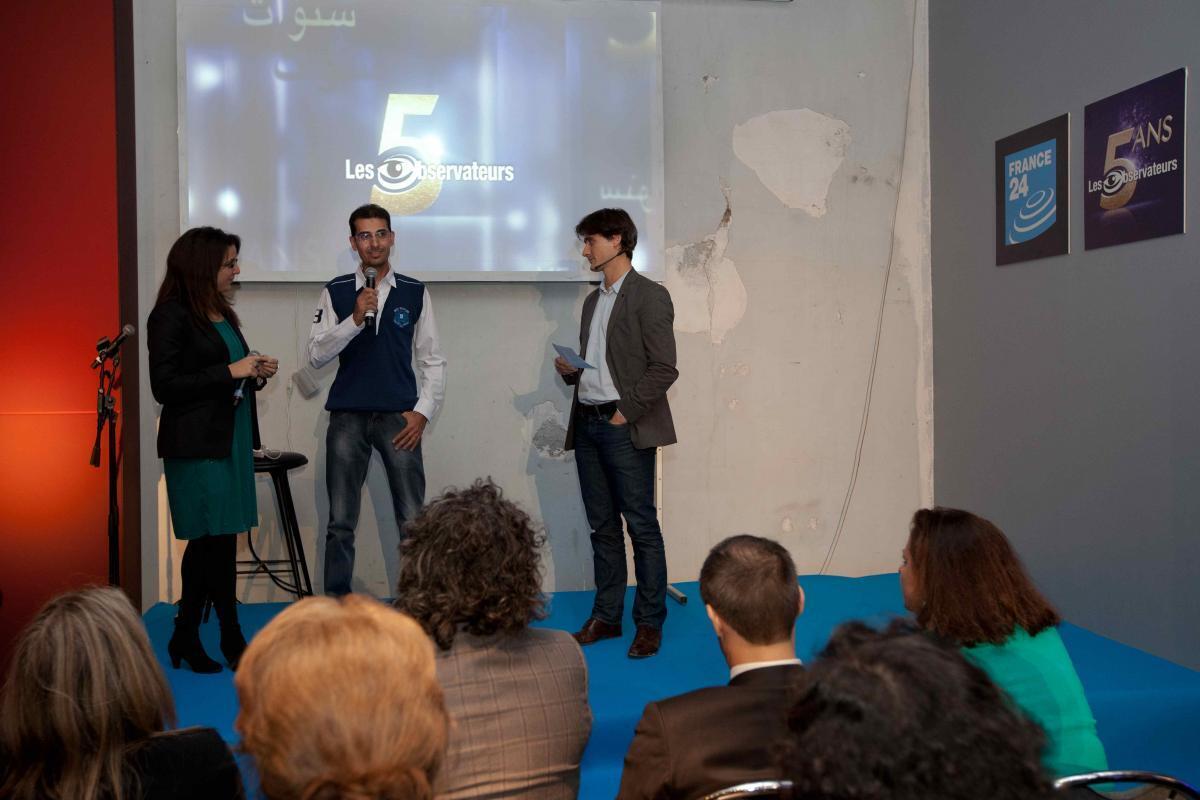 Mohamed (centre) talking about the plight of Shiites in Saudi Arabia during the press conference.

To celebrate our birthday, we also organised a press conference at the Palais de Tokyo in Paris, attended by Marie-Christine Saragosse, the president of Audiovisuel Extérieur de la France; Marc Saïkali, editorial director of FRANCE 24; Julien Pain, the creator of The Observers, and the program’s editorial team. Our Observers were also interviewed. 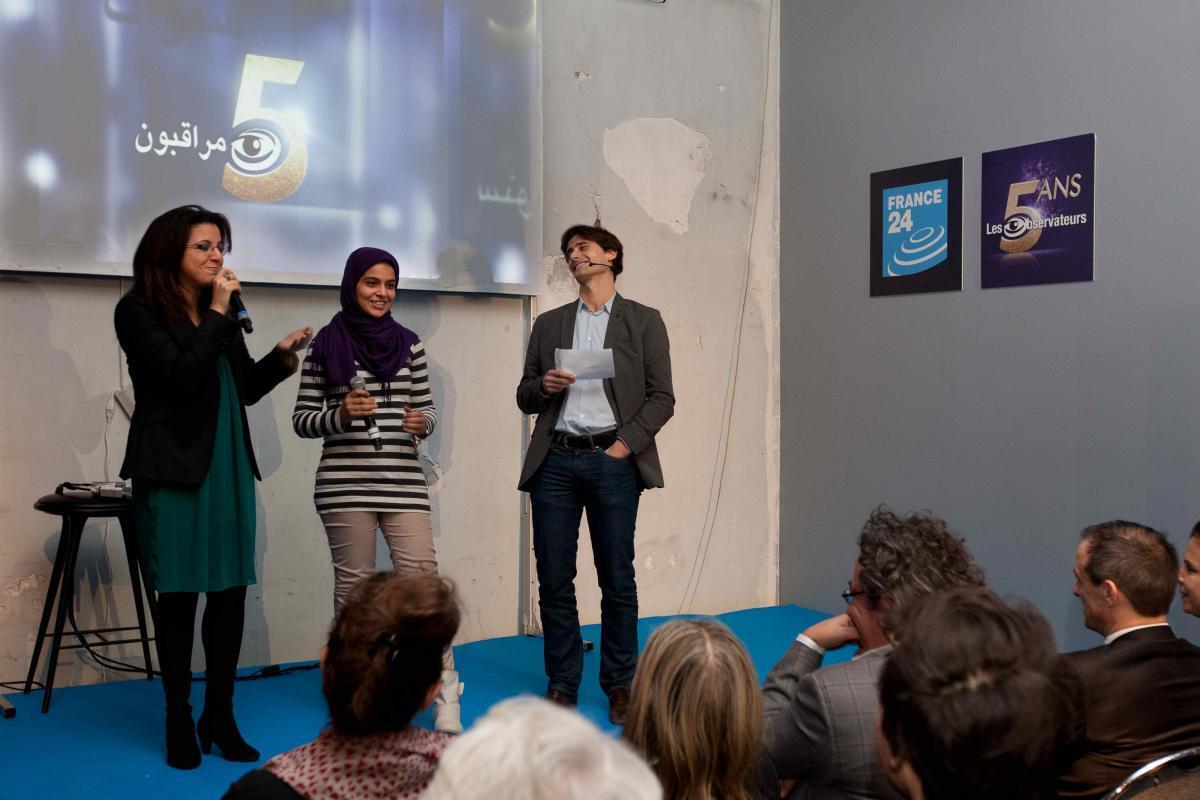 Enas, a Libyan Observer, talking about the revolution in her country during the press conference 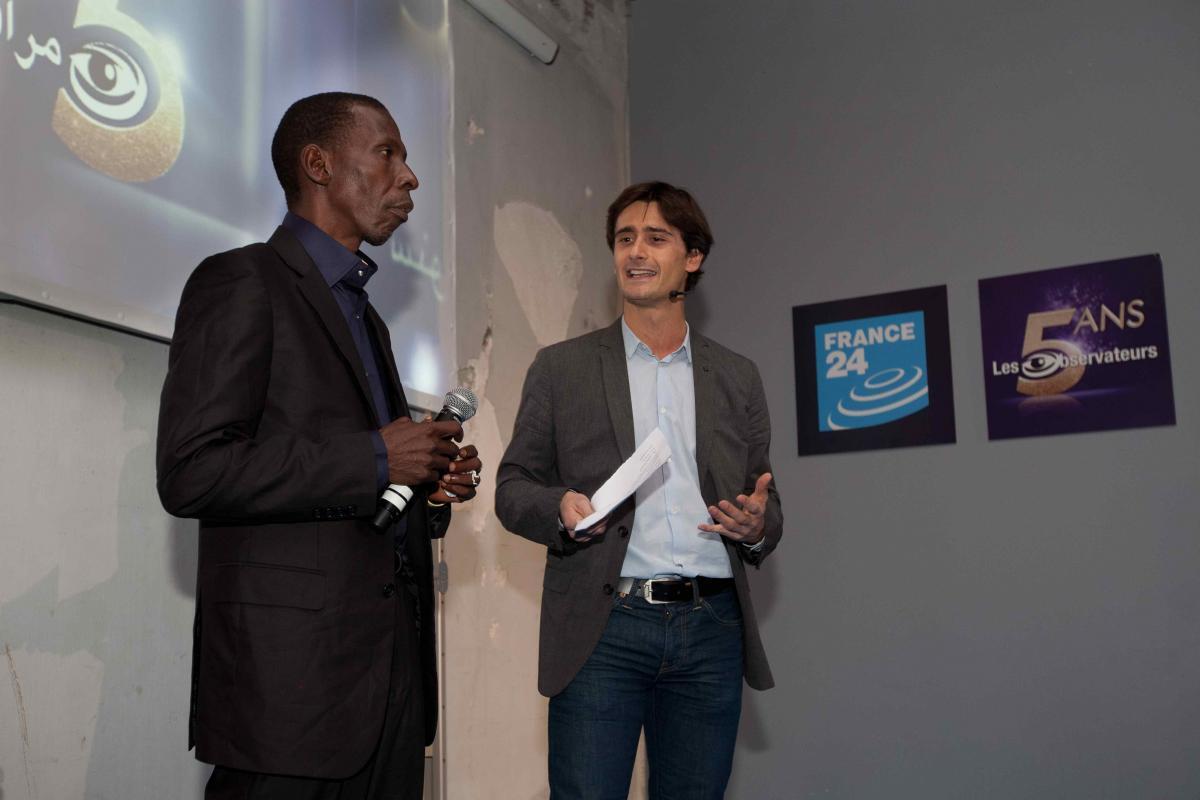 Sanogo talks about his coverage of the Ivorian political crisis of 2011 during the press conference.

This press conference was also a chance to highlight some of the major achievements of the past five years: the Observers’ coverage of the Green Movement in Iran in 2009, one of the first events in history where amateur videos played a crucial role. Also, the first protests in the small Tunisian town of Sidi Bouzid in December 2010. We were the first to report on the events that triggered the Arab Spring. In addition, the coverage of the Ivorian political crisis in 2011, as well as our training sessions with bloggers in Libya in collaboration with the Atelier des Médias of RFI.  The chronology below revisits some of these key moments of the program’s history (click on the photo). 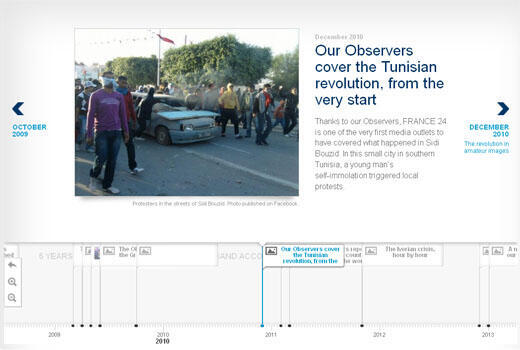 Finally, we can’t celebrate a birthday by only looking backwards. On the contrary, it signals the beginning of a new stage of development for The Observers.

In 2013, we will launch a new broadcast format. Since its creation, The Observers has given a voice to the voiceless. Everyday, our journalists receive eyewitness accounts from people who say they are victims of abuse of injustice. In our new monthly program, we will go to their place, meet them, investigate the source of their problems, and send their messages to the authorities. We experimented with this format for the first time last October in Dakar ( Video in French).

Needless to say, we would not have achieved this without you. This program is yours, and we would like to thank you once again for being our eyes and ears around the world. Please continue to send us your images and your stories to help us view the world in a fresh and original way.