Xenophobic acts are common currency in Lebanon, with local human rights groups frequently pointing to instances of ill-treatment of immigrants. Even so, the attack committed on October 7 by members of the Lebanese army has generated outrage in Lebanon.

The foreign workers reconstruct the incident. Photo taken by our Observer.

The Lebanese army has released a statement in which it explains that it conducted the raid after local residents complained of "harassment" by foreign workers, and that the incident was being "distorted" in the media. According to the army, 11 people were arrested during the raid, but it did not give reasons for these arrests. “The Army regrets that any security procedures might have affected innocent workers, but it rejects insulting the [military] institution under the guise of [protecting] the rights of foreign workers, because their rights should not come at the expense of male and female citizens who have been harrased [by them],” the statement read.

Our Observer (see below), Nadim Houry, reacted to this statement in a local newspaper: "We’re all for the application of the law, and sexual harassment must be punished, but this was not law enforcement it was collective punishment". He called for violations from the soldiers involved to be investigated.

Xenophobic acts are common currency in Lebanon, with local human rights groups frequently pointing to instances of ill-treatment of immigrants. Even so, the attack committed on October 7 by members of the Lebanese army has generated outrage in Lebanon.

The attack took place last Sunday evening in the Geitawi neighborhood of Beirut. In total, over 70 foreign workers were violently attacked during an operation by members of the Lebanese army in two buildings in Geitawi. The victims were mainly Syrian labourers, but there were also several Egyptian and Sudanese workers.

Human rights organisations have characterised this attack, the motives of which remain unknown, as a purely xenophobic act. A Lebanese TV station has said this was the work of “an arm of the state security system,” thereby avoiding any direct accusations against the army. FRANCE 24 tried to contact the Lebanese Ministry of Defence, but nobody was willing to answer our questions.

This is not the first time that violence against immigrants has made the news in Lebanon, but it is usually perpetrated by citizens, not soldiers in uniform.

One of the beaten Syrian workers. Picture taken by our Observer.

“Some of the insults had to do with religion”

Nadim Houry is the director of Human Rights Watch’s bureau in Beirut. He spoke to the victims, who described what happened to them, and shared their story on his Twitter account.

The two operations were carried out almost simultaneously on Sunday evening by two groups of soldiers, both in the Geitawi neighborhood. The first operation took place at around 8:30 p.m., and the second around 9:30 p.m. The presence of foreign workers in this neighborhood is no secret. There are old buildings in this area, with studios rented for reasonable prices. Since immigrants have limited means, they tend to share the rent three ways — sometimes even splitting it between up to ten people — for about 20 square metres. Most of them work in construction or as delivery men. They are all legally residing in Lebanon; some have lived here for the last 14 years. There are also Lebanese natives living in these buildings.

The soldiers went into the two buildings and forced their way into the studios. They ordered everyone to get on their knees, put their hands behind their heads, and proceeded to insult and beat them. They sometimes referred to the political situation when addressing the Syrians, for instance by asking them if they were for or against President Bashar al-Assad. Some of the insults also had to do with religion, like when the soldiers asked the Syrians whether they were Sunni, Alawite or Christian. But they were not expecting answers and continued to beat them. Some of the workers were even trampled on.

“In Lebanon, a multi-denominational country, the army is perceived as the only respected and impartial institution”

The soldiers then grouped together the 40-odd men found in each of the two buildings, and put them on the roof and in one of the studios. Some Lebanese neighbors tried to help the workers, but the soldiers told them to get back into their apartments and to mind their own business.

What’s interesting is that none of the soldiers proceeded to interrogate any of the men. They vaguely accused the workers of harassing women in the neighborhood, but without giving any specifics. Furthermore, they did not arrest anyone, which suggests that this attack was gratuitous and that the workers had not done anything wrong.

Personally, I am shocked by what happened. The army regularly intervenes when there are conflicts between the city’s residents, because the army is considered as the only respected and impartial institution in a multi-denominational country. People trust them more than the police. They occasionally resort to violence during interventions or interrogations, but what happened on Sunday seems to have been completely unprovoked and unjustified.

A worker beaten with a broom handle. Picture taken by our Observer. 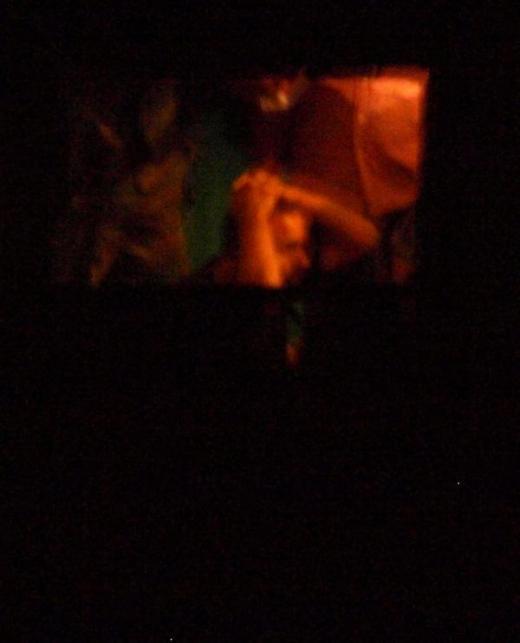 Journalist Raphael Thelen, who lives in a building across the street from where the attack took place, managed to take this picture and publish it on his Twitter account.

This 43-year-old Syrian labourer was also beaten. Photo taken by our Observer.