Tens of thousands of protesters took to the streets all over France this weekend to defend the country’s minority languages. These have been spoken in different regions of France for centuries, but are slowly dying off. With the first round of the French presidential election just three weeks away, speakers of endangered tongues are trying to get candidates to take their concerns seriously.

A flag representing the Occitan language at a protest in Toulouse. Photo published on Twitter by @elpasolibre.

Tens of thousands of protesters took to the streets all over France this weekend to defend the country’s minority languages. These have been spoken in different regions of France for centuries, but are slowly dying off. With the first round of the French presidential election just three weeks away, speakers of endangered tongues are trying to get candidates to take their concerns seriously.

Protesters called on presidential candidates, if elected, to enact the European Charter for Regional or Minority Languages. France has already signed - but not ratified - the charter. Demonstrators also asked the state to officially recognise regional languages, of which there are more than two dozen. This would involve modifying France’s constitution, which stipulates that “the language of the Republic is French.”

Protesters argue that the state discriminates against regional languages by not allowing their use in any official documents. In contrast with many of its European neighbours, France has a highly centralised administration, with standard French as its sole working language. This dates back to the French revolution and the emergence of Jacobinism, a doctrine that shaped the nation’s policies around political, cultural and linguistic unity.

Three presidential candidates - François Hollande (Socialist party), François Bayrou (a centrist), and Eva Joly (Green party) - have already come out in favour of recognising regional languages. The latter two even took part in one of the protests in Toulouse on Saturday. Only one candidate, Jean-Luc Mélenchon (far left), has taken a clear position against these languages being recognised, saying that he was “proud to be a Jacobin, and to speak only French and Spanish, the language of my grandparents.”

"Street signs in local languages have been outlawed in some cities"

Maxime Caillon lives in Limoges, in the southwest of France. He took part in the Toulouse protest on Saturday.

We want to preserve regional differences. One example would be having local languages appear on street signs, in addition to French. In the city of Montpellier, an organisation recently sued the city. They wanted to outlaw street signs that were written in both French and the local language there, called Occitan. They won, and now we’re worried that this case may set a legal precedent in the absence of any laws protecting regional languages.

Not only are regional languages barely present in classrooms and in the media, but there are also social pressures that impede these languages from being passed down from generation to generation. In school, for example, children are not allowed to speak Occitan – they’re told that it’s bad, that’s it’s out of fashion and that it’s not a real language. It’s as if children’s use of regional languages were a threat to national unity! Because of this, parents avoid speaking Occitan to their children because they’re afraid it will handicap them socially.

"Young people in Brittany are very open to the idea of a unified Europe."

Maela Koareg, 32, is a business owner in Quimper, in the region of Brittany.

Growing up, I attended a Diwan school. These are schools that are free and secular and follow national educational guidelines. The only difference with public schools is that all classes are taught in Breton. There are about forty such schools in the Brittany region.

Personally, I’m very grateful that my parents decided to put me in a Breton-speaking school. It helped me build my identity. Contrary to what some may think, being taught in Breton does not lead to separatist tendencies nor to extreme nationalism. The far right actually does very poorly at the polls in Brittany. Young people here are very open to the idea of a unified Europe. Personally, I identify first as Breton, then as European and French.

Breton is doing better than other regional languages, many of which are at risk of extinction. In the past ten years, there have been many new programs created at the regional level to promote Brittany’s culture and language, for example festivals that feature Breton music. Even major brands are using local culture in their advertisements! (See below.) Our activism is peaceful. We’re just asking for politicians to give us the means to protect our language. 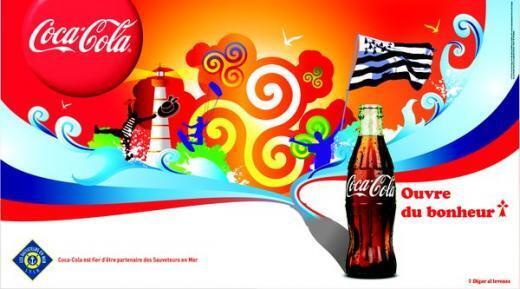 A Coca Cola commercial featuring symbols of Brittany: its flag, a traditional hat, and Celtic patterns. 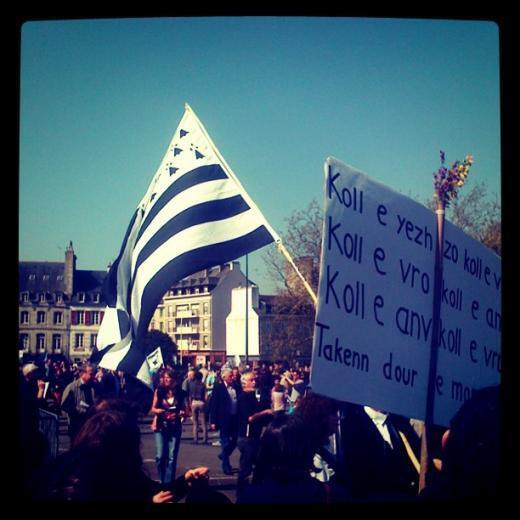 Protesters in the city of Quimper, in Brittany. Photo published on Instagram by @domduff

Video calling for protests to save the Basque language.

Protesters in Toulouse. Photo published on Twitter by @BenDazeas

This article was written with France 24 journalist Sarra Grira.