Meet Slimane Rouissi, a catalyst of the Tunisian revolution

Two years ago, a young, impoverished vegetable seller named Mohammed Bouazizi set himself on fire in the central Tunisian city of Sidi Bouzid. His desperate act sparked a revolution that ousted the country’s leader and marked the start of a series of revolutions throughout the region, now known as the Arab Spring. However, his story would never have been told throughout the world – if it were not for a small group of activists, including a man named Slimane Rouissi.

Two years ago, a young, impoverished vegetable seller named Mohammed Bouazizi set himself on fire in the central Tunisian city of Sidi Bouzid. His desperate act sparked a revolution that ousted the country’s leader and marked the start of a series of revolutions throughout the region, now known as the Arab Spring. However, his story would never have been told throughout the world – or even outside his city – if it were not for a small group of activists, including a man named Slimane Rouissi.

We first met Rouissi six months before the Tunisian revolution. He had alerted us to a protest by farmers in the Sidi Bouzid region, who were angry that their land was being seized by the government.

At the time, this story wasn’t covered by international media, being regarded as an isolated local matter. However it turned out that it was from this protest that the Tunisian revolution was born. On December 17, 2010, when Mohamed Bouazizi set himself on fire in front of the Sidi Bouzid police headquarters, the same small group of activists that had supported the farmers’ demonstration went up in arms over his death. They used his story to rally the city’s residents to protest, but at the time had no idea their angry cries would ultimately force President Zine El Abidine Ben Ali’s from power. Nor that one year later, the shock wave would have travelled all the way from Egypt to Libya to Syria and beyond.

Rouissi is one of the Sidi Bouzid activists who kicked off the protests. In his fifties, he does not at all resemble the young, Twitter-famous Tunisian revolutionaries regularly profiled in the media. In hindsight, however, it is clear he had a key role in this revolution.

We met Rouissi again in Tunis in late October 2011. The first question we asked him was about Bouazizi’s self-immolation. The version of the story that spread at the beginning of the revolution was one in which the young vegetable seller was said to have been slapped in the face by a policewoman. At the time, it was said that he had been repeatedly bullied by the police, and that this slap was the last straw for him. However, last April, Fadia Hamdi, the policewoman who had allegedly slapped Bouazizi, was cleared of all wrongdoing after having spent four months in prison. We asked Slimane how he felt about this policewoman’s ordeal, since she may not be the monster that she has been portrayed to be.

We never intended to portray Fadia Hamdi as being responsible for Mohamed Bouazizi’s death. After all, she was also in a sense a victim of the system – she had no choice but to obey orders, since the former regime harassed its own workers. According to information I gathered from witnesses at the scene, Bouazizi and the policewoman indeed had an argument, but she never hit him. I believe this incident was only a detail, and that it was a much larger feeling of being oppressed that pushed Bouazizi over the edge.

I met Bouaziz back in July 2010, during the farmers’ protest [on the outskirts of Sidi Bouzid]. His uncle was one of the farmers whose lands were seized. This affected Bouazizi directly, because he had worked with his uncle since 2006 in the town of Regueb; however his entire family had to move to Sidi Bouzid after his uncle lost his land. I knew Bouazizi well. He was a brave young man. Some claimed he was a drunk and a thief. These accusations are false; they were just rumours spread by counter-revolutionaries or by supporters of Fadia Hamdi, who were trying to clear her name by any means possible. Some even questioned whether Bouazizi might have lost his mind. Personally, I don’t think his death was entirely intentional. He had poured solvent on himself and was threatening to set himself on fire unless he was granted a meeting with the region’s governor. He was still repeating this demand when he lit his lighter. This is just my interpretation, but I believe Bouazizi only wanted to threaten to set himself on fire, not to actually do so. 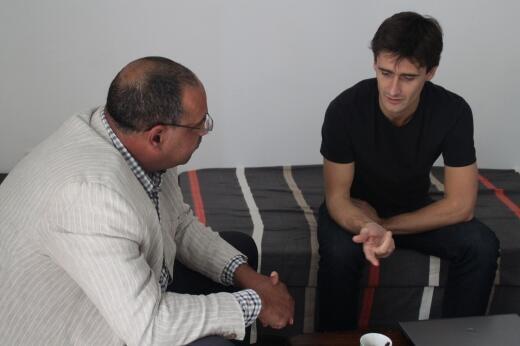 We then asked Rouissi how he and his fellow activists in Sidi Bouzid managed to spread this young man’s story and use it to launch a revolution.

All the conditions were already present for an uprising in Sidi Bouzid, and had been for at least two years. In the weeks preceding Bouazizi’s self-immolation, there were protests every week. For example, in July 2010 there was a workers’ sit-in in Meknassi [a small town in the Sidi Bouzid region]. The workers had been fired without pay by members of the Trabelsi family [the former president’s wife’s family]. And then of course there was the farmers’ protest, which I consider to be the real beginning of the Tunisian revolution.

Bouazizi wasn’t the first angry youth to commit suicide in this region; there were others before him. But his act was then used by activists to launch a revolution because it had a symbolic dimension to it: he set himself in fire in front of the Sidi Bouzid governor’s offices and his situation was closely linked to the plight of the farmers. His story personified the injustices suffered by many.

As activists, we had learned a lot from world events in recent years. We saw Iranians use blogs to spread their message during their 2007 protests, and realized that the Internet was a great way to rally people to our cause. We realized we had to be on the ground, but also on Facebook and on Twitter, as well as develop relationships with the media. And in 2010, clashes between residents of Ben Guerden and Dhehiba and the police (LINK) taught us how to face the authorities.

With all this in mind, about 50 local activists and union members held a meeting on December 24, 2010, the day after Mohamed Ammari was killed near Sidi Bouzid – he was the first person to die in the revolution. During this meeting, we decided his death would not go unpunished and that we would fight until the end. We may have been a small group, but we had great influence in our region, and got many people to come out to join our protest.

We also asked Rouissi how he felt about the media turning activists and bloggers from the capital, Tunis, into heroes.

Some people realise the impact we in Soudi Bouzid have had: after Ben Ali left power, I got phone calls from Egyptians asking for advice on how to organize their protests against Hosni Mubarak. But it’s also a political game. Inside and outside the country, people create revolutionary symbols for the media. I don’t deny that the people we see on television played a part in the revolution, but theirs didn’t determine its outcome. The people who really launched this revolution are marginalised. We, the activists from Sidi Bouzid, are marginalised just like our region is marginalised within Tunisia. The media didn’t reach out to us after Ben Ali’s departure. However, I don’t really care to be in the spotlight; I have no political ambitions. What’s really important is that we realise our revolution’s goals.” 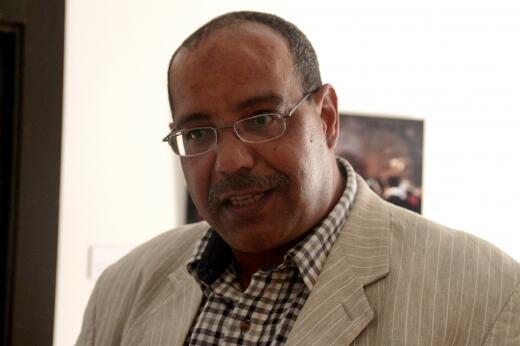