Egyptian blogger calls on men to try the veil

An Egyptian student has created a Facebook page to launch an appeal to men: post photos of yourselves wearing the Islamic veil. This young woman believes it is unjust that a dress code is imposed only on women. It’s an amusing initiative but the message has not been well received by some.

Photo of a sympathiser published on the event’s Facebook page.

The photos published on the Facebook page “Resounding Cries” were not photos of Egyptian men. They were in fact photos of Iranian men who took part in a 2009 campaign to denounce the arrest of an Iranian student, Majid Tavakoli, who was accused by the Iranian regime of dressing up like a woman to elude the police. At the time, we published a story on this campaign.

An Iranian journalist, Negar Mortavazi, alerted us to the true origin of these photos.

An Egyptian student has created a Facebook page to launch an appeal to men: post photos of yourselves wearing the Islamic veil. This young woman believes it is unjust that a dress code is imposed only on women. It’s an amusing initiative but the message has not been well received by some.

Dozens of Egyptian men have already responded to the call since the initiative’s launch on November 1. Some internet users have even suggested transforming this project into a peaceful demonstration in Cairo’s famous Tahrir Square. 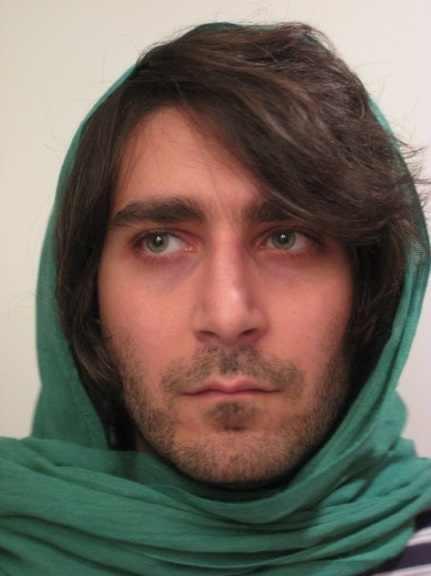 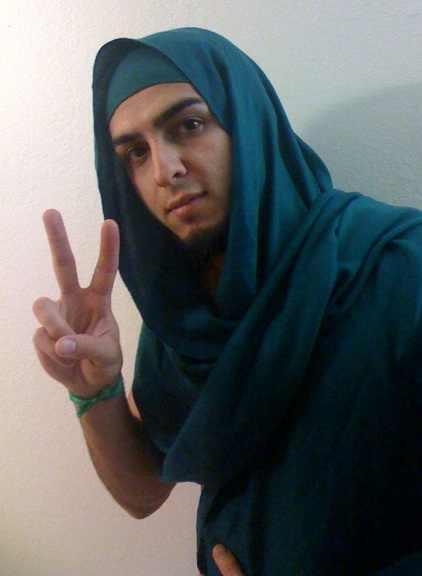 Aliaa El Mahdy is a university student and the administrator of the page "Resounding Cries."

For me, the veil is not a personal choice in Egypt, but the result of social and religious pressure. The girls I know who wear the veil do so because of their families or to avoid being hassled in the street. I don’t see why we should always dictate what women must wear and never what men must wear. Asking guys to put on the veil, if only for the time it takes to take the photo, is a way of saying to them ‘See how this feels!”

The other reason I launched this page is because society still considers women as sex objects. [83% of Egyptian women claim to have been victims of sexual harassment. Some women feel that the veil is a necessary form of protection against assault]. Many people, even on television, denounce the harassment of women in Egypt, but in my opinion this is not enough.

Obviously, I have been attacked and insulted because of this Facebook page. Some Internet users have responded to me by citing verses of the Koran. I realise that this is shocking for a conservative society like ours, but I am not going to change my ideas because of that.

Mohamed Refaat Elymany is a writer who describes himself as an Islamist.

I condemn the wearing of the veil by men, even if it’s supposed to be humorous, because imitating women is strictly forbidden by our religion. Wearing the veil is a religious obligation. It is the duty of every Muslim woman. I work with women who don’t wear the veil, and that is their right, but I don’t think that they are practising their religion correctly.

It is incorrect to say that women only wear the veil because of social pressure. There are women who wear it because of their religious conviction. But it is true that the veil is also part of our culture. Article 2 of the Egyptian Constitution stipulates that we defer to the principles of Islam. In a conservative, Muslim society I recognise that this pressure exists. In the countryside in particular, women who don’t wear the veil are looked down upon. But this is, in my opinion, the result of a lack of education. In addition, one must point out that wearing the veil does not make a woman safe from harassment in Egypt. There is a real moral crisis in our society at the moment.