A fourteen-year-old boy died on Wednesday after being wounded in an anti-government demonstration on the island of Sitra, in Bahrain. Protest organizers say he was killed by a tear gas canister reportedly shot directly at him by police. According to our Observers, this incident could spark a new wave of protests in the country.

This screen grab is from a video of the teenager being treated at Sitra's hospital. Because of the graphic quality of the video, FRANCE 24 has decided not to publish it.

A fourteen-year-old boy died on Wednesday after being wounded in an anti-government demonstration on the island of Sitra, in Bahrain. Protest organisers say he was killed by a tear gas canister, reportedly fired directly at him by police. According to our Observers, this incident could spark a new wave of protests in the country.

The victim’s name is Ali Jawad Ahmad. He and his uncle were participating in a demonstration in the village of Sitra held Wednesday during the Muslim holiday of Eid ul-Fitr, which marks the end of the Ramadan.

According to Mohammed al-Maskati, the president of the human rights group BYSHR, the demonstration was peaceful before the police intervened.

The police charged the protesters, shooting at them with rubber bullets and tear gas canisters. The teenager collapsed after reportedly being hit by a canister. He was then transported to a health centre in Sitra, which was immediately surrounded by police, before being brought to the hospital. We don’t know if he was still alive at that time." 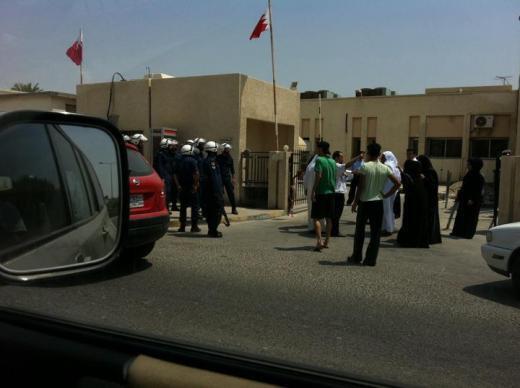 Bahraini authorities have confirmed that the young boy was killed, but have not specified the exact circumstances of his death. They said they would open an investigation. Several news agencies have quoted witnesses as saying that the police were shooting the tear gas canisters directly at protesters instead of in the air, as they usually do.

An anti-government protest movement began in Bahrain last February, following those in Tunisia and Egypt. The demonstrations were led by the country’s Shiite majority, which want Bahrain’s Sunni rulers to give them more economic and political power. The crackdown on the protest movement has left 30 people dead, with over 1,000 more arrested. The demonstrations were eventually silenced by a tough martial law and military intervention from neighbouring Gulf countries, in particular Saudi Arabia. However unrest has resurfaced during the Ramadan period.

According to our Observer Yas, a French expatriate living in Bahrain, the protest movement appears to be taking on an increasingly religious turn.

I have the feeling that pro-democracy ideals are being sidelined by the Shiite-Sunni religious divide. I really hoped that the situation would calm down. The expatriate community is very worried. Yesterday, I drove to pick up one of my friends who lives in the neighbourhood of Juffair [in the capital Manama], where there are a lot of expats. She was afraid, and she asked me to take her to a safe place. The protesters had set up roadblocks near her house whereas before, they never came into her neighbourhood. Violence has shot back up since last week. Cars were burnt, protesters threw rocks and even Molotov cocktails. If things keep on like this, a lot of expats are going to leave." 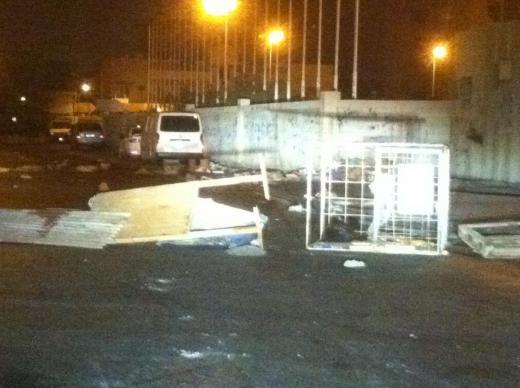 This photo was taken by our Observer Yas in Juffair, a suburb of the capital Manama, on August 30.

But not everyone agrees that the conflict is primarily a religious one. One of our Shiite Observers in the country, who goes by the pseudonym Ahmed Bahrain, disputes this claim.

We are asking for equal political rights and a constitutional monarchy that would benefit both Sunnis and Shiites. I don’t understand why Sunnis aren’t fighting at our sides. Perhaps they are afraid ? All I can say is: we are a peaceful people and we are not going to fall into the trap laid out for us by the government, who are trying to paint this as a religious divide. As for acts of violence by protesters, they are minimal. Of course, when police attack us using disproportionate force, the protesters respond by throwing stones or blocking roads. The same thing could happen anywhere else in the world. I’m sure that, with the death of the young martyr this morning, people are going to revolt even more.”