Juba bustles with preparations ahead of South Sudan independence

The streets of South Sudan’s capital Juba are bustling with activity, as residents primp and prepare their city for Saturday, July 9, when they will officially secede from the north, making South Sudan the world’s newest country.

South Sudan’s independence comes after decades of deadly conflict between the two regions, which claimed millions of lives and left scores displaced. In 2005, Sudan’s opposing political parties signed a peace accord, paving the way for the South to head to the polls in January, 2011, to vote on a referendum declaring independence from the north. The referendum passed with nearly 99 percent of the vote.

Here are some images and a video of the streets being swept clean and a marching band rehearsing its steps as Juba gets ready for the big day. 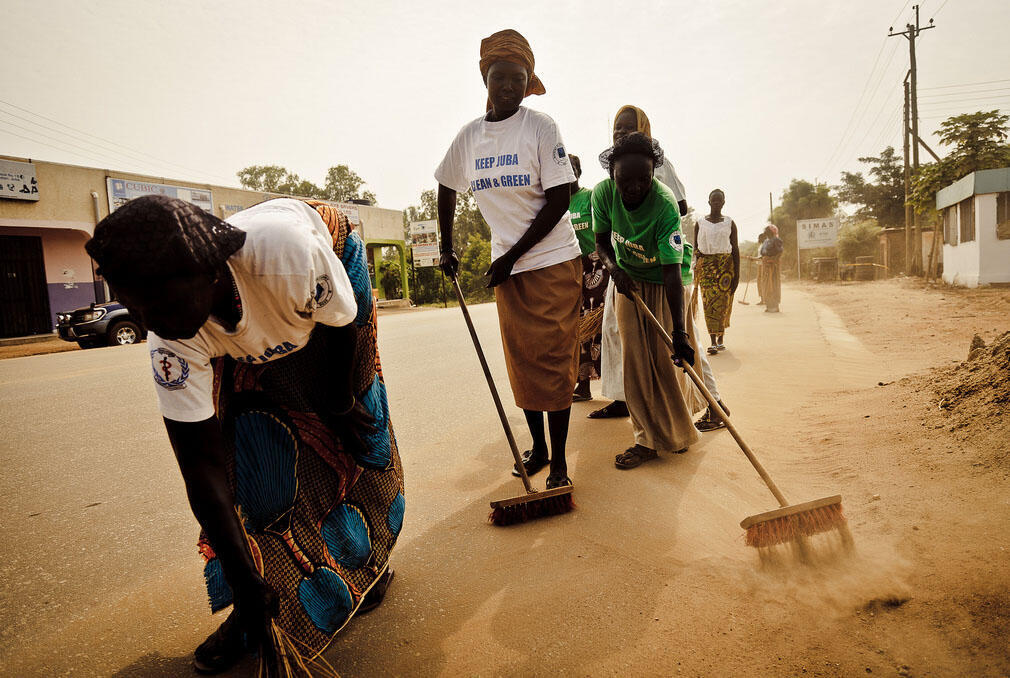 Photos by Tim Freccia courtesy of the Enough Project.