A video showing five Pakistani soldiers executing an unarmed young man in cold blood has sparked a wave of outrage in Pakistan. The extremely violent video was first broadcast on YouTube, before being picked up by the country’s television channels.

A video showing five Pakistani soldiers executing an unarmed young man in cold blood has sparked a wave of outrage in Pakistan. The extremely violent video was first broadcast on YouTube, before being picked up by the country’s television channels.

The scene took place on the evening of Wednesday June 8 in a park in Karachi, Pakistan’s second largest city and economic capital. It is unclear who shot the video, although the soldiers were visibly aware that they were being filmed. The footage shows the young man begging the soldiers to spare him. Then one of the officers raises his rifle, less than a metre away from his victim, and shoots him in the arm and leg. The young man collapses to the ground, screaming in pain and begging the soldiers to bring him to the hospital. He eventually falls unconscious and bleeds to death, as the soldiers look on.

The victim was called Sarfaraz Shah and he was 22 years old. According to local police, he was detained by the soldiers after pedestrians alerted them that he was robbing people in a nearby park. The soldiers are members of a paramilitary force called the Pakistan Rangers. Before the video was aired on YouTube, a Rangers spokesman stated that the officers had been forced to shoot down Shah because he was armed and dangerous. Yet the video shows Sabir Shah being dragged by the hair by a man in civilian clothes, who leads him to the rangers. At no time is a weapon visible in his hands.

Pakistan's top judge on Friday ordered the government  to remove Major General Aijaz Chaudhry from their posts, head of the paramilitary in Sindh province, and Sindh inspector general of police Fayyaz Leghari. If the govnerment did not do so within three days, "the court itself will take action against them" Chief Justice Iftikhar Mohammad Chaudhry was quoted as saying by a court official. The five rangers have been arrested pending trial.

Given the extremely violent nature of the video, we have chosen to show only selected screenshots. Warning: these images may be considered disturbing. 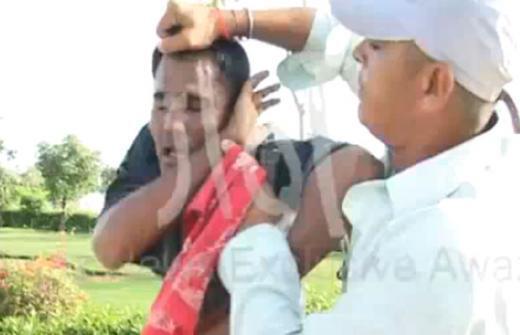 On June 9, hundreds of people attended Sabir Shah’s funeral, which quickly turned into an anti-Rangers protest. On the Pakistani Web, thousands of reactions denounced the army’s brutality. Here are a few selected “tweets”:

"In Pakistan apparently having a gun makes you a judge, jury and executioner" @motia

"Comdemn #KarachiRanger’s killing of Sarfaraz Shah – we can’t expect progress until the lawlessness & barbarianism is driven out!’"  @shaheer87

This is the second time in less than two months that the Pakistani army is involved in a video scandal. In early May, five members of a Chechen family living in Quetta, in southern Pakistan, were killed by soldiers who mistook them for suicide bombers. Video footage showed that the three children and their parents were not carrying explosive belts, as police had initially claimed.

“In Karachi, everyone considers security forces as criminals”

Zaheer is a teacher in Karachi.

Everyone here is talking about this story. Obviously, it has shocked the population and people are venting their anger online. The attitude of these Rangers is beyond comprehension. But I don’t think that it’s necessarily representative of all security forces in Karachi. All Rangers don’t act with impunity. Like in every profession, there are some who believe they are above the law.

Nevertheless, this case will only worsen already sour relations between Pakistanis and the country’s police and army. In Pakistan, every one considers security forces as criminals. People try to avoid having to deal with them altogether. Recently, one of my friend’s homes was robbed. He decided not to call the police, saying he didn’t trust them. Everyone knows they are corrupt." 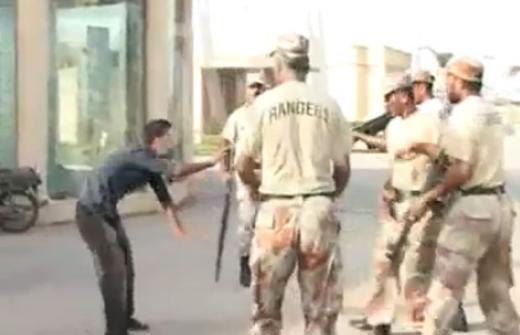 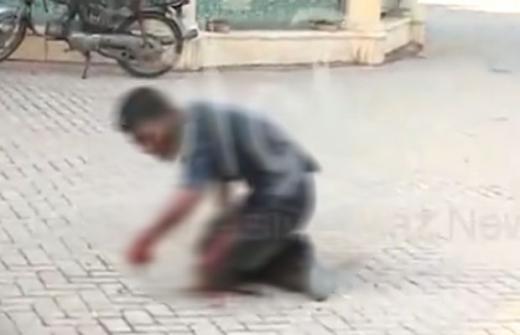 “In recent years, the streets of Karachi have become a lawless zone”

Rizwan is a human resources analyst in Karachi.

It's heart-wrenching really, this violence in Karachi over the last year or so. I have grown up in this city, in this country, and there seem to be these endemic flaws in the way some matters are dealt with by the Government (whichever you choose), and the State in general.

This story serves as a very good example of the total lack of accountability in Pakistan when it comes to the armed forces, police, rangers etc. As I said, men in uniform cannot be questioned in this country. Why? Because they will kill you in cold blood, or you will disappear, or be labeled an enemy of the state (like the journalist who recently got killed, purportedly at the hands of the intelligence agencies). No one would ask questions, not even the courts of law who are currently too tied up with a cricket scandal.

Pakistan's police, army and armed personnel in general are a shameless and disappointing lot. They reek of arrogance, and a misplaced sense of entitlement and honor. As individuals, almost all of them feel above the law. The police is corrupt enough to openly ask for bribes than actually do their job. In more cases than one would be comfortable in knowing, they are implicit in crime rather than attempting to curtail it. The higher the ranks, the more corrupt and shameless the officials.

In recent years, the streets of Karachi have become a lawless zone. Almost all law enforcement officers I've come across are corrupt and purchasable. A bribe will get pretty much anything done. In any situation, a police officer is more trouble than the solution. Even after people are wrong, several people are hesitant in going to the police a lot of times simply because they don't want to add the hassle of dealing with them.”