Texas wildfires: 'The wall of flames came right up to the city limits'

Texas firefighters battled several massive blazes across the state on Wednesday, March 21, for the seventh consecutive day. Over one million acres of land have burned in the draught-ridden state, forcing hundreds to evacuate their homes.

Texas firefighters battled several massive blazes across the state on Wednesday, March 21, for the seventh consecutive day. Over one million acres of land have burned in the draught-ridden state, forcing hundreds to evacuate their homes.

The fire started the previous Friday in the Possum Kingdom Lake area, a community of mostly weekend homes 115 kilometres from Fort Worth in north-central Texas. Over 150 homes were destroyed by the fire as well as a church. The blaze then spread to two other counties in less than a week, and on Tuesday authorities ordered the evacuation of the nearby towns of Palo Pinto, Graford and Strawn due to the advancing flames.

A resident of the village of Hamelin, west of Possum Kingdom Lake, filmed the fire as the flames came dangerously close to his home. Video posted on YouTube. 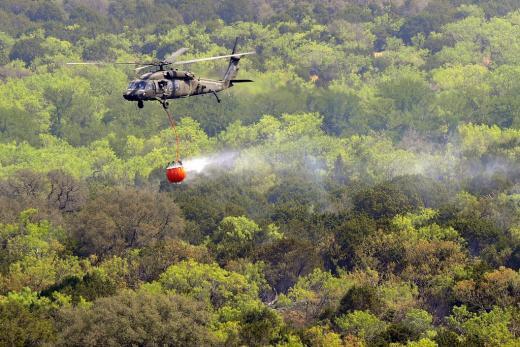 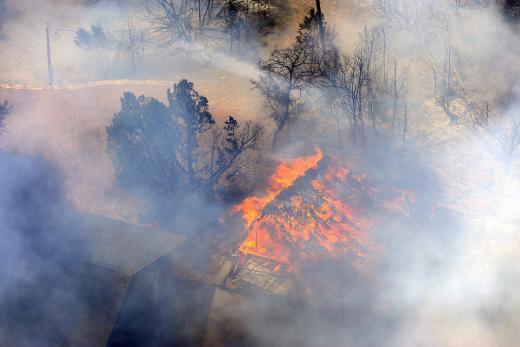 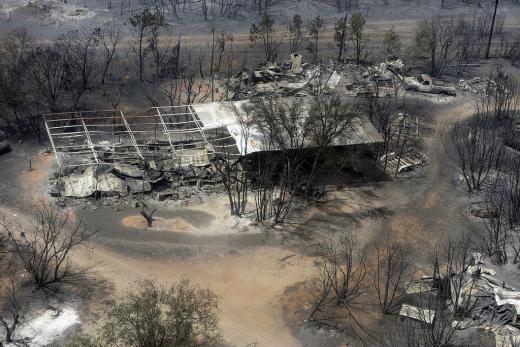 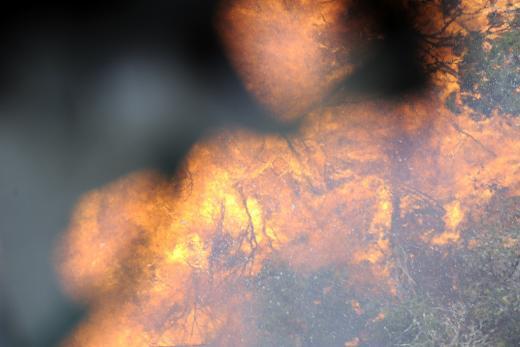 All photos by SSG Malcolm McClendon, posted on Flickr by Texas miliary forces.

"The entire town had less than two hours to evacuate"

Gary Reynolds is a coach at Texas Christian University in Fort Worth. He filmed the firefighters’ efforts to keep the blaze from reaching the town of Palo Pinto, population 400, on Tuesday evening.

I was able to return to Palo Pinto after the evacuation was ordered on Tuesday thanks to my wife, who is a photojournalist. We were careful to keep out of harm’s way and not to disturb the firefighter’s work, but we wanted to document the situation. We arrived in the late afternoon and stayed until nightfall.

“The flames were up to 90 metres high”

The fire burned right up to the city limits. We could feel the heat from the blaze, and the smoke was tremendous. I was astounded by the height of the flames – up to 90 metres in an area where trees are no higher than four or five – and the speed at which the wall of fire was moving. The fire-fighters deployed a very impressive effort: hundreds of units came from across the state as reinforcements, dozens of bulldozers pushed up a dirt line around the town to act as a firebreak. We saw three C130 [military] airplanes spray fire retardant around the blaze and a number of helicopters were pouring water on the northern perimeter of the fire.

Meanwhile, the entire population of the town had less than two hours to evacuate after the order was given. The town’s natural gas had to be shut down immediately, so utility workers were rushing to close all of the gas points. It was incredible to see the community rally together – villagers, local volunteers, police – to help everyone get out in a safe and orderly way. People lent their vehicles and trucks to those who had none, neighbours helped each other gather their cattle and livestock, which had to be evacuated too. The Red Cross set up a few shelters in neighbouring towns, others are staying with friends or family.

“What really saved Palo Pinto was the wind shift”

But what really saved Palo Pinto was the wind shift. The wind changed direction at about 5:30 p.m. on Tuesday, blowing the flames away from the town. Higher humidity levels in the air have also slowed the fire down, and there’s hope that the rain and humidity forecast in the area for the rest of the week will allow firefighters to put out the blaze altogether. We heard that residents may be allowed to return to Palo Pinto tomorrow, but it’s too early to say.”