Shiites in eastern Saudi Arabia have been trying  to launch a national anti-government protest movement since early March. Although they were regularly met with brutal police repression, our Observer explains that several hundred Shiite youth continue to take to the streets every week.

Shiites in eastern Saudi Arabia have been trying  to launch a national anti-government protest movement since early March. Although they were regularly met with brutal police repression, our Observer explains that several hundred Shiite youth continue to take to the streets every week.

Shiites were the first minorty group in the country to try to launch an '"Arab spring" of their own. Sunni Islam is the country’s official religion, and Shiites are not recognised as a religious minority, despite the fact that they make up about 10% of the population. The Wahabi kingdom is ruled by an iron fist by the conservative religious authorities who maintain a discriminatory policy over the Shiite minority.

Although in March protests also took place in other parts of the country, particularly in the capital, Riyad, the movement appears to have fizzled out in towns without a significant Shiite population.

Mohammad Alsaeedi is a former journalist. He lives in Dammam in the west of the country, a few kilometres away from the town of Qatif where the demonstrations are taking place.

For over a month now, Shiites have been protesting on  a weekly basis. The marches usually take place after Friday prayers. There are between a hundred and a thousand people, depending on the day.

They are demanding the release of political prisoners, especially the 150 [100 according to press agencies] protesters who have been arrested since the beginning of the movement.

The repression has been very harsh. Besides the arrests, the authorities set up check points all over town to carry out identity checks. It felt like living in the Gaza Strip. These days, only one of the check points remains, at the entrance to the town.

Given the risks, most people have stopped protesting and are keeping quiet. But a core group of youths continue to take to the streets, sometimes several times a week.

This video shows the protest that took place on Friday [9th April]. You can see the anti-riot squad attempting to arrest one of the participants. But as the others defend him and the tension rises, the police get back into their vans and let the man go.

This incident shows restraint on the part of the police. But I fear that it won’t last. The next protest should take place next Friday; we will see whether that comes off without any incidents." 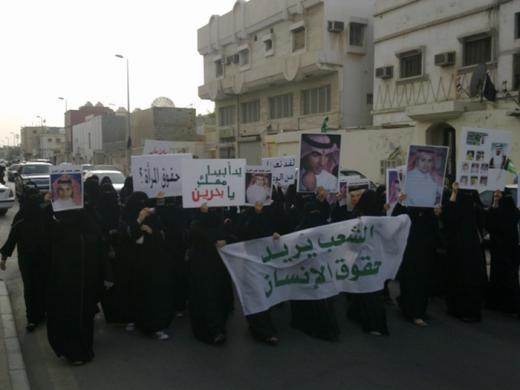 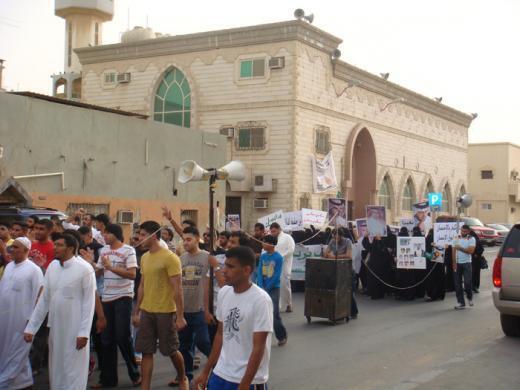