Landlords [a British colonial term, meaning land owner] in the Pakistani provinces of Punjab and Sindh enjoy a particularly bloody form of entertainment: bear baiting. The rules are simple: a pair of trained fighting dogs are unleashed on a tethered bear whose claws and sharpest teeth have been removed.

Landlords [a British colonial term, meaning land owner] in the Pakistani provinces of Punjab and Sindh enjoy a particularly bloody form of entertainment: bear baiting. The rules are simple: a pair of trained fighting dogs are unleashed on a tethered bear whose claws and sharpest teeth have been removed.

The practice of bear baiting was reportedly introduced in Southern Asia by British colonisers in the 18th century. It was gradually abandoned in all countries except Pakistan, where they are staged during events organised by regional landlords to impress and entertain the general public. The bears are illegally captured by poachers, and then trained into submission by their gypsy owners.

Each fight lasts about three minutes, and the dogs are said to ‘win’ if they have managed to make the bear roll over on the ground. Bears are often injured, but seldom killed – they are much too valuable for their owners to let them die. Some bears are made to fight up to ten times a day.

Although the bear baiting was banned in Pakistan in 1980 by the Prevention of Cruelty to Animals Act, it continues to prevail in deeply rural tribal regions.

Animal protection groups like the World Society for the Protection of Animals (WSPA) have worked with Pakistani authorities to try to eradicate the practice. According to the WSPA, education campaigns and crackdowns on bear-baiting events have helped stop 80% of planned bear baiting events since 2001, and led to the successful rescue of 40 bears. Nevertheless, the group estimates there are some 70 bears still being made to fight in Pakistan.

The Kund Bear Sanctuary was set up in 2000 near the northern Pakistani city of Peshawar to provide a safe haven for baited bears that were confiscated from their owners. In a tragic turn of events, however, 20 out of the 23 bears it hosted  drowned during the massive floods that hit the region in the summer of 2010. The surviving three have been relocated to a new shelter in the northern part of Punjab, where there is no risk of flooding.

“We are appealing directly to landlords to stop bear-baiting events”

Dr. Fakhar-I-Abbas, a Pakistani zoologist, is the director of the Bioresource Research Centre (BRC), a Pakistan-based member society of the WSPA. He is at the forefront of efforts to halt bear baiting in the country.

Landlords are extremely powerful figures in certain areas of rural Pakistan. They are the main actors behind these fights, which they organise for several reasons. Firstly, the events are intended to draw large crowds – and therefore more money - to village fairs in the landlord’s territory. But mainly, the landlords want to prove they are above the law: defying the government ban against bear baiting is a way of flexing their political muscles.

We are taking three types of actions to try to eradicate bear-baiting in Pakistan. Firstly, we are appealing directly to landlords to convince them to stop organising the events. We tell them about the miserable conditions the bears live in, and how the fights leave them permanently maimed and traumatised. Many have responded positively – over the past 10 years, over 80% of the landlords we spoke to agreed not to organise such events any more.

Our second approach consists in visiting mosques in regions where the practice exists and speaking to imams. We refer to Islamist teachings that condemn cruelty to animals, and ask them to denounce bear baiting in their Friday sermons, to help make the general public aware that the practice goes against their religion.

Finally, we have representatives in villages where the practice exists who alert us when a bear-baiting event is to take place so that we can warn authorities. This has led to several successful raids during major bear baiting events in recent years. But in some areas, the warlords are so powerful that they control the entire law enforcement apparatus. In these cases, police intervention is all but impossible.” 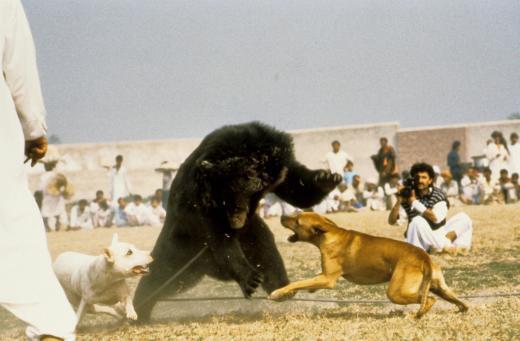 A bear attempts to fend off attacks from specially trained dogs at a bear baiting event in Pakistan, in January 2008. 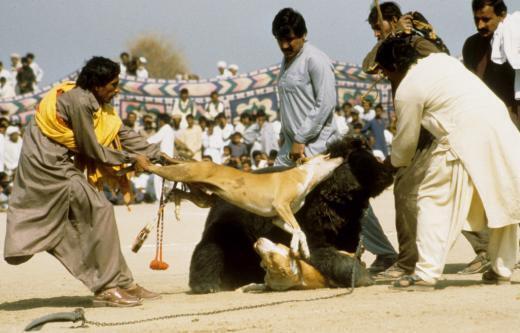 Dog owners pull the dogs off the bear after several minutes of fighting. Although the bears are often injured, they are too valuable to their gypsie owners - who use them over multiple fights - to be killed. 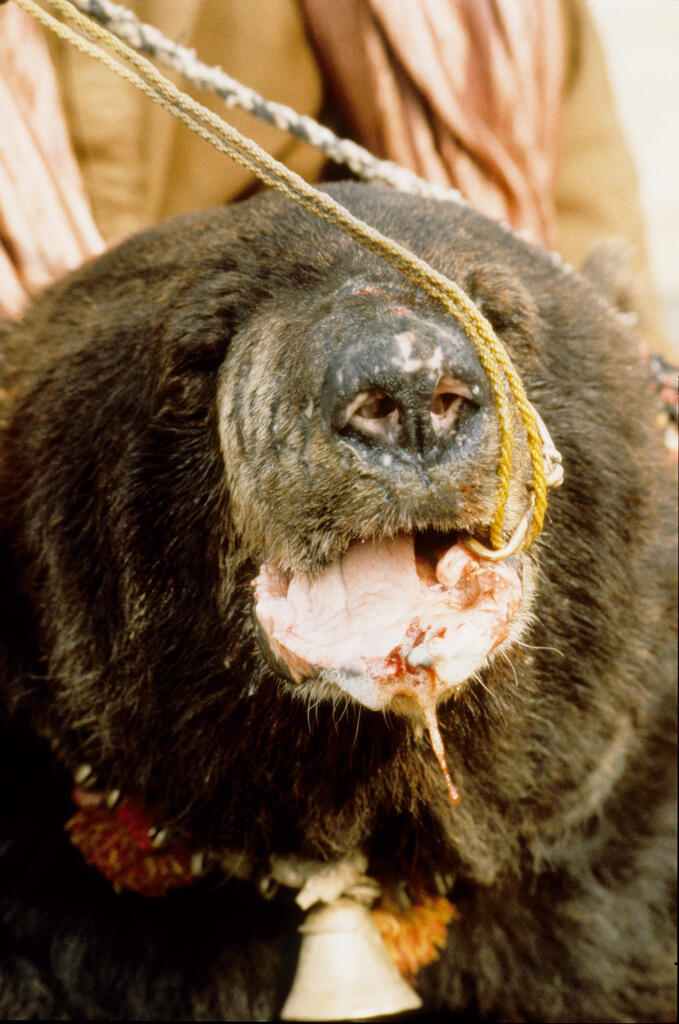 A toothless bear injured after a fight wih dogs. 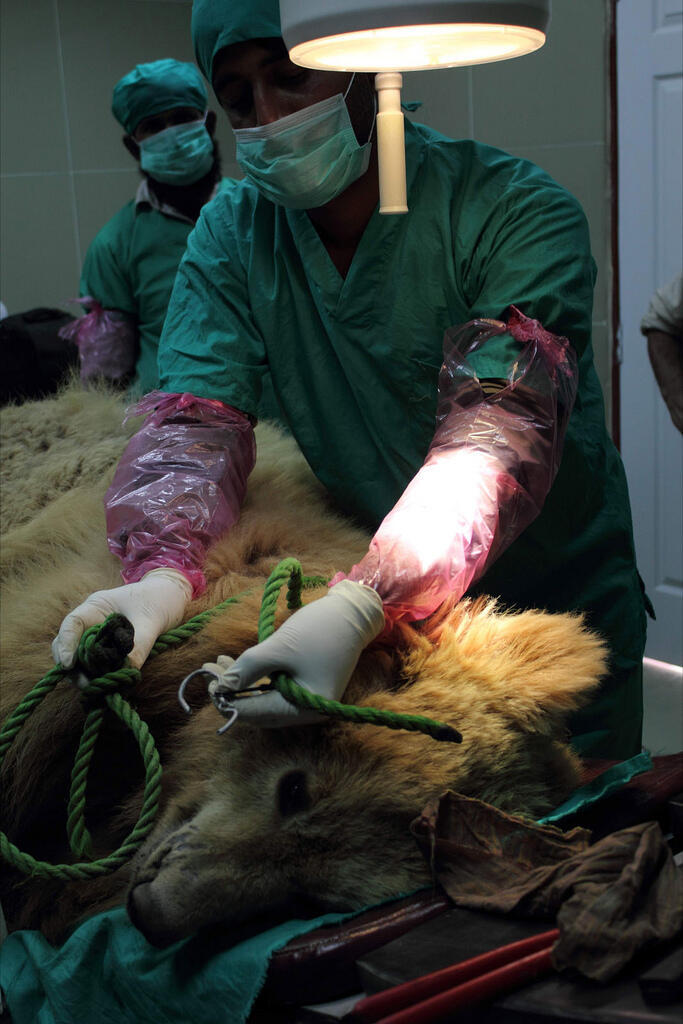 BRC vets remove the ring on a rescued bear's nose. Baited bears are controlled with a rope tied to a ring through their nose or lip, which hurt them when it is pulled on. All photos courtesy of the WSPA.