“May God bless and protect dear Kitty and Rex”

If baptising children grants them God’s protection, why not also bless family pets? Spain’s Catholics apparently take the issue very seriously. Each year on January 17 they bring their dogs, cats, hamsters and goldfish to Church to receive the blessing of Saint Anthony, the patron saint of animals.

If baptising children grants them God’s protection, why not also bless family pets? Spain’s Catholics apparently take the issue very seriously. Each year on January 17, they bring their dogs, cats, hamsters and goldfish to Church to receive the blessing of Saint Anthony, the patron saint of animals.

Some say the unlikely tradition, which has been celebrated in cities and villages across Spain since the early 19th century, takes its roots in an ancient Roman festival during which work animals (donkeys, horses and oxen) were given a symbolic “day off”.

Today, pampered household pets have mostly replaced the labour animals, but the fervour remains the same. In Madrid, the Spanish capital, pets even participate in a colourful - if somewhat unruly - parade around the neighbourhood of Chueca after the blessing.

Tradition also has it that the faithful who come with their pets receive three bread rolls, one of which is kept for a year alongside a coin to ensure good health and guarantee the blessing of the saint. Haters of stale bread need not fear:  the rolls are baked following a secret recipe meant to keep them soft.

Anthony the Abbot was a Christian saint from Egypt in the 4th century who renounced his worldly goods to retire as a hermit in the desert. Stories about him describe him curing diseases in both people and animals, and he is usually depicted addressing a menagerie attentively listening to his words.

Not just cats and dogs... Here, Spanish horses and their owners wait for benediction on Saint Anthony's day, 2011. 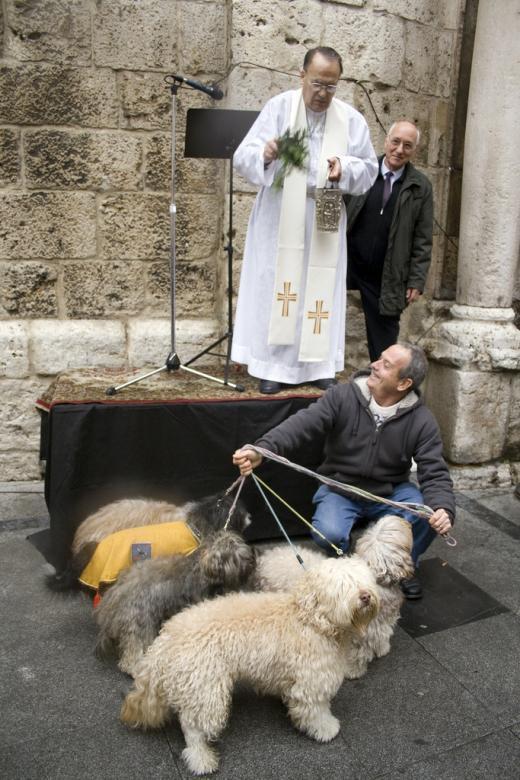 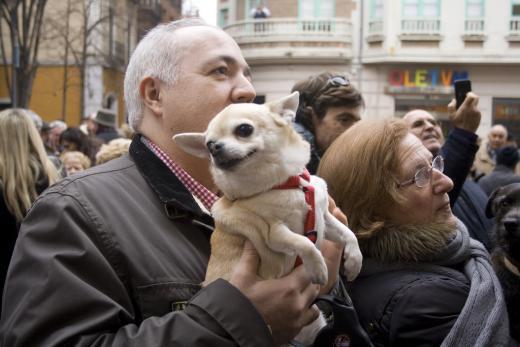 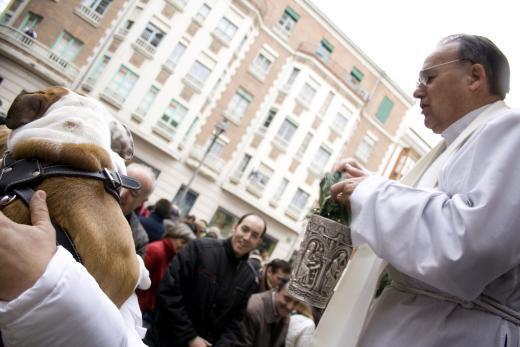 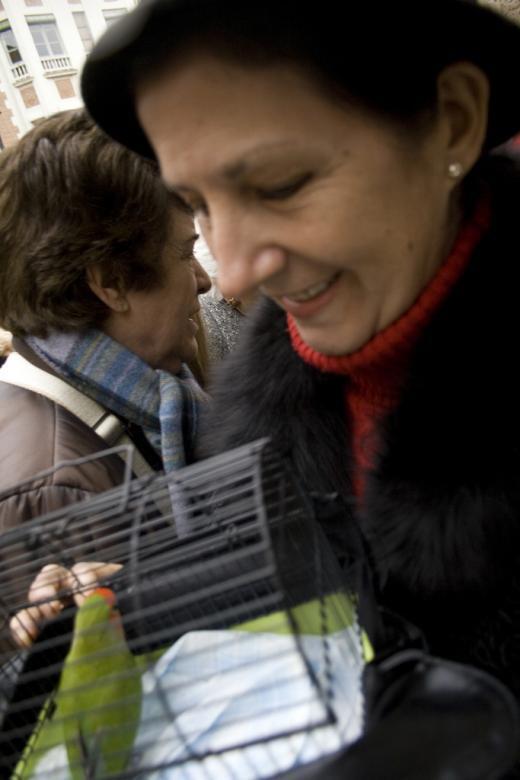 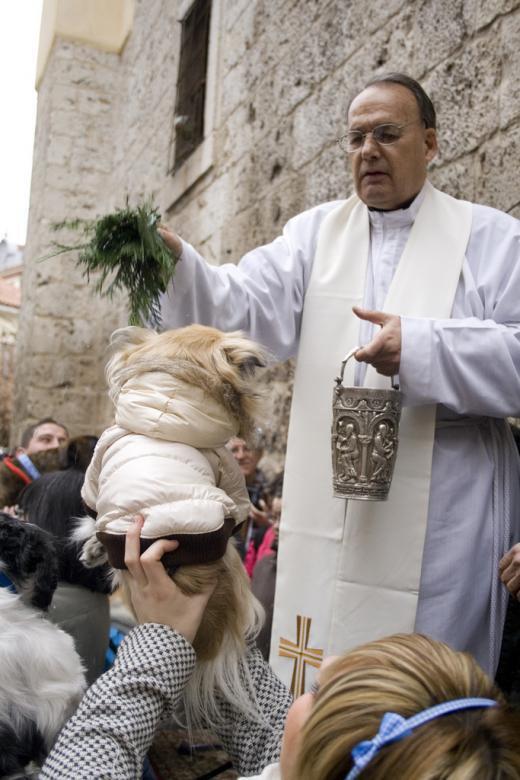 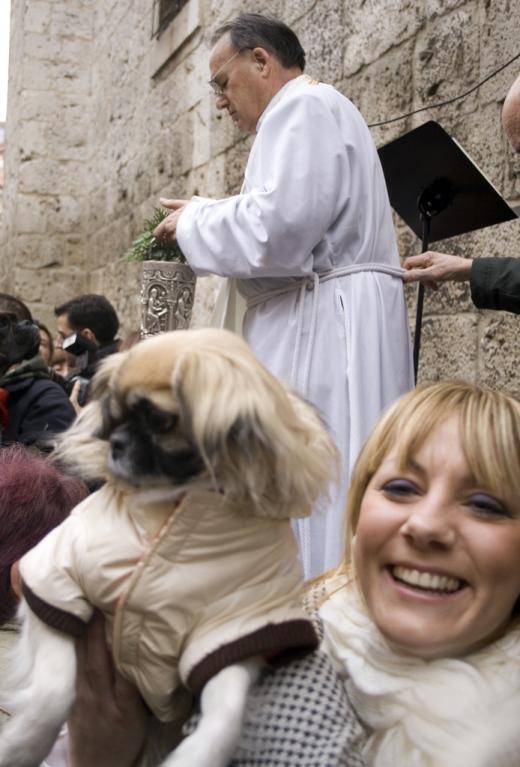 Pet blessing ceremony in front of the church of El Salvador in Valladolid, north of Madrid. all photos by Ángel Cantero, posted on Iglesia de Valladolid's Flickr page.

“To my son, blessing his rabbit is a way to show he cares”

Emi Diaz works for the Red Cross in Cordoba, Spain. She lives in the village of Posada.

My eleven-year-old son has had his rabbit, Copito, for a little over one year. Copito is like part of the family, my son especially loves him very much and shares a special bond with him.

It was his idea to bring him to the blessing that was going on at the church in Posada, our village. I think he was looking forward to seeing all the other pets, but above all, he meant it as a caring gesture for his companion. Blessing him means extending Christ’s love and protection over him, like it is for the rest of the family, and it seemed like the natural thing to do.

In our village the ceremony was very short: the priest said a few words and sprinkled the animals with holy water. But in larger cities, notably Madrid, there are ceremonial parades after the blessing. It is an important tradition in Spain.”