Over one million people displaced by violent floods in Sri Lanka

An estimated one third of Sri Lanka is reported to be under water as violent floods, landslides and severe food shortages force hundreds of thousands to evacuate. Our Observer’s parents were among the refugees. .

An estimated one third of Sri Lanka is reported to be under water as violent floods, landslides and severe food shortages force hundreds of thousands to evacuate. Our Observer’s parents were among the refugees.

A disaster of historic proportions is unfolding in Sri Lanka as a combination of natural disasters converge on the island country. In the hardest hit areas along the east coast unusually heavy monsoons have dumped almost two metres of rain in less than two weeks. Roads in the area have all been submerged, further complicating what is now a massive operation to evacuate as many people as possible.

The flooding is also threatening the country’s food supply as rising waters have consumed almost a quarter of Sri Lanka’s paddy lands, with another third still at risk. In the affected areas, there are now widespread reports of major food shortages as large populations have been cut off from supply routes.

With most roads cut off by floods and mudslides, the Sri Lankan military, along with international relief organizations, have mounted a huge airlift operation to evacuate people and deliver aid.

To make matters even worse, an unseasonably cold weather has swept over the island. Typically at this time of year, temperatures average in the mid-to-high twenties. However, meteorological officials report temperatures have recently plummeted to 14 degrees.

At least 23 people have died in connection with the flooding and officials fear that number will rise sharply amid food shortages and the outbreak of water-borne diseases. 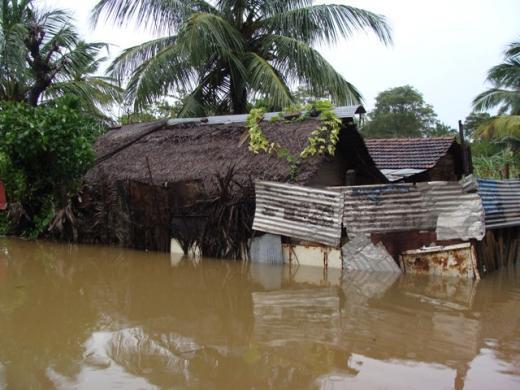 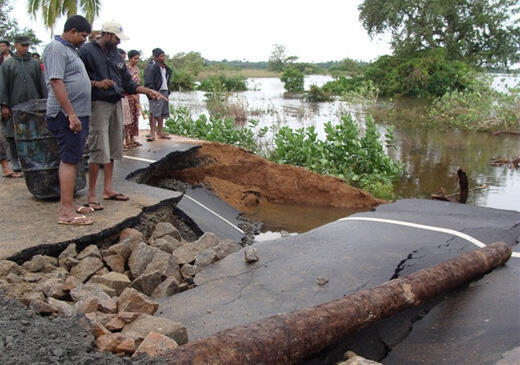 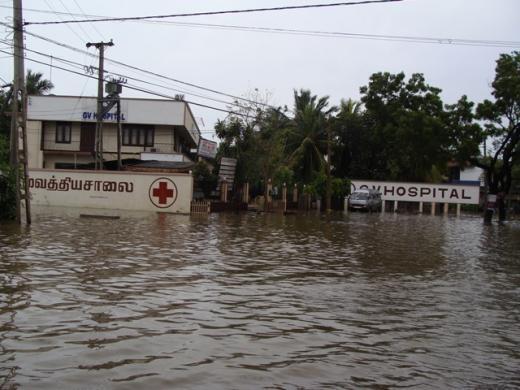 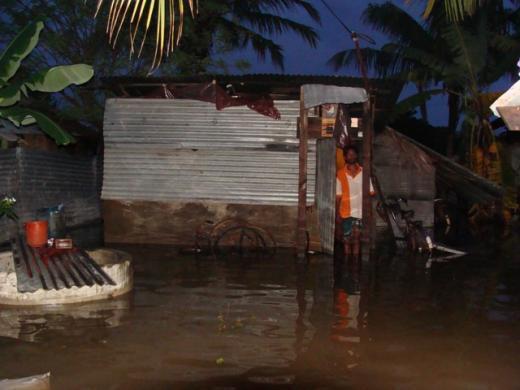 Photos taken on the east coast of Sri Lanka on January 9 and 10. Courtesy of Caritas Internationalis.

"There was no way out"

Prabu Deepan is a Colombo-based leader of a youth organization whose elderly parents were evacuated from the eastern city of Batticaloa on Wednesday.

My parents were stranded in their home as of Saturday. The water level was rising and there was no way out. They had originally hoped to be evacuated by helicopter but when the waters went down a little, a road opened up and they took a 10-hour bus trip to Colombo.

People are afraid. There is no access to food. My parents saw an unidentified body floating in the water near their house. The weather is also very cold at around 16 Celsius, it never gets that cold. I heard that a child had actually died from the cold.