Besieged by Brisbane floods: "We're all helping each other out"

Our Observer lives in Brisbane, the latest city to have been hit by massive floods that have left large chunks of the north-eastern state of Queensland under water. She tells us she is afraid of the rising water levels but reassured by the solidarity shown by Brisbane residents.

Our Observer lives in Brisbane, the latest city to have been hit by massive floods that have left large chunks of the north-eastern state of Queensland under water. She tells us she is afraid of the rising water levels, but reassured by the solidarity shown by Brisbane residents.

Brisbane’s city centre was left a ghost town on Wednesday as businesses and homes were evacuated in preparation for the floods. More than 50 suburbs and 2,100 roads are expected to be left under water as the Brisbane River bursts its banks and swamps the city centre, along with other areas.

Queensland Premier Anna Bligh said the total number of people missing in the floods had fallen from 51 to 43, but that the official death toll remained at 12, with grave fears for nine of the missing.

The river levels continue to rise and are expected to peak at 5.2 metres at around 4:00 am on Thursday local time (6:00 pm GMT).

Video of floods in Jindalee, south of Brisbane, on January 12, 2011. Posted on YouTube by wenlicheng14.

Caterina Sestili is a director at iFORM SA, in Brisbane. She sent us this account.

I live in the Brisbane suburb of Tenerife, in the New Farm area. My building is nearly on the river so it is truly amazing that it wasn’t affected, apparently it was on high enough grounds. Everywhere in my neighbourhood people were piling sandbags in front of their doors and evacuating their belongings – the river was rising very fast and we were being advised to pack up and evacuate.

I went out on Wednesday to stock up on grocery shopping. When I tried the day before, there was absolutely nothing left on the shelves and there were lines of people that went out into the street!

My office is directly adjacent to SouthBank, in Brisbane, which was mostly submerged in water. Employees were all granted remote access to the computer system and we have been working form home – that’s if we still have power, of course! This morning we received an email from management saying our office building has been mainly unaffected by the water but that power in the area is out and the roads are inaccessible – so we’re not sure when we’ll be able to go back.

My sister, who lives in South Australia was visiting Brisbane for the first time this week, was due to leave yesterday. I had trouble getting her to the airport – all the roads out of my area are still blocked, traffic lights are not operational. Eventually we were able to book her a taxi who knew a very convoluted but alternate route to the airport, so luckily she was able to depart successfully.

The spirit of the Brisbane people has been amazing. There is the wonderful story of an emergency rescue worker from Brisbane whose house was slowly but surely being submerged in water, but he remained in Toowoomba, one of the hardest hit areas, to helicopter out survivors who were still isolated on rooftops. There are so many stories like that one. Absolute strangers check on each other in the street to ask if they are OK, to offer assistance with sand bagging or getting supplies…" 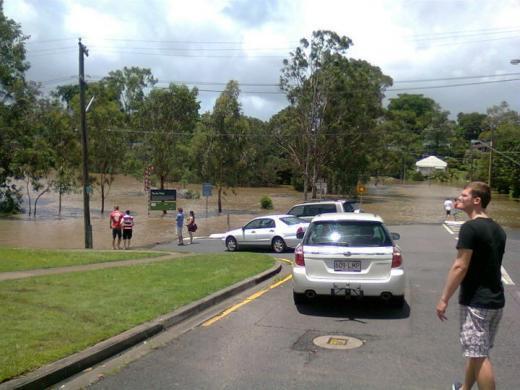 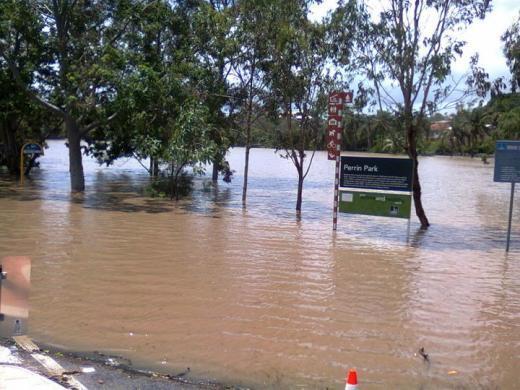 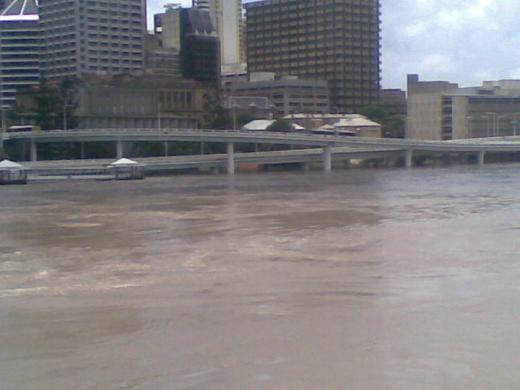 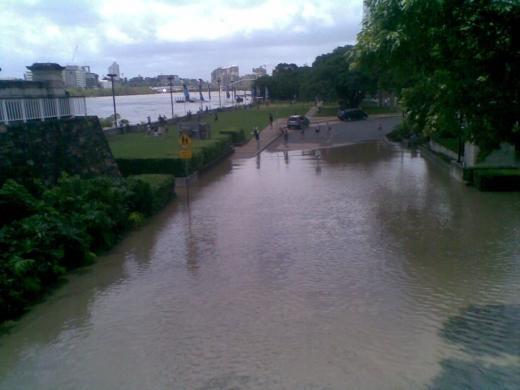 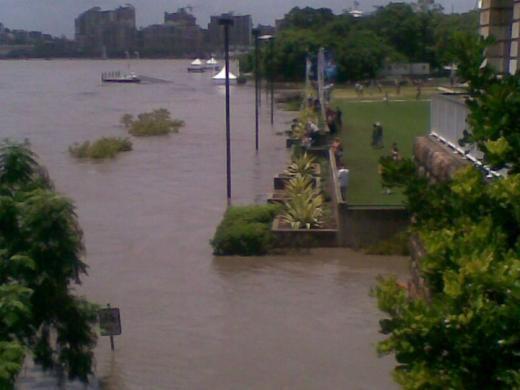 "The shopping centre I work in was evacuated Tuesday morning. Three hours later it was under water"

Janelle Caston is a shop assistant in Jindalee, near Brisbane.

On Tuesday I was getting ready to go to work at the DFO shopping centre when my employer called me and told me not to come in. The centre had been shut down and everyone inside had been evacuated. Three hours later the road leading up to the centre, which is right by the Brisbane river, was flooded.

All I can do now is wait for the water levels to recede. I live 300 meters from flooded areas. Many people in my neighbourhood have been evacuated, but I should be safe because my house is relatively high up, on a hill.

“Everyone is helping each other out”

I’m feeling nervous, scared for my friends. So much was washed away in so little time, it’s very frightening.

Fortunately everybody is helping each other out, there’s a great spirit. Yesterday I helped with filling sandbags to use for dams and moving cars that were stuck in the water.

Today I went to get some groceries and had to wait for 45 minutes in line to be able to pay, because everyone was stocking up on provisions. The supermarket shelves are almost empty now.”