Making a 3D model is an essential part of any construction project - but how do you model an entire city devastated by an earthquake? Residents of the quake-hit Italian city of L'Aquila are trying a creative new method: collective online modelling, thanks to a Google powered software called SketchUp. Read more...

Making a 3D model is an essential part of any construction project - but how do you model an entire city devastated by an earthquake? Residents of the quake-hit Italian city of L'Aquila are trying a creative new method: collective online modelling, thanks to a Google powered software called SketchUp.

Nearly a year and a half after an earthquake hit the Italian city of L'Aquila, the city's historic centre is still cordoned off to the public, and none of the damaged buildings have been re-built. In an effort to accelerate reconstruction, a British architect has teamed up with Google and the citizens of L'Aquila to tackle the daunting task of modelling the ruined city as a group effort.

Demo video of a SketchUp model of a building in L'Aquila. Video sent by our Observer. 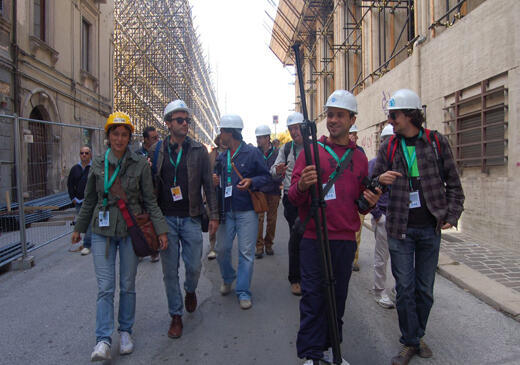 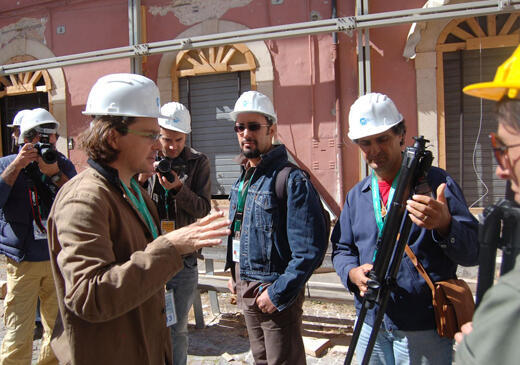 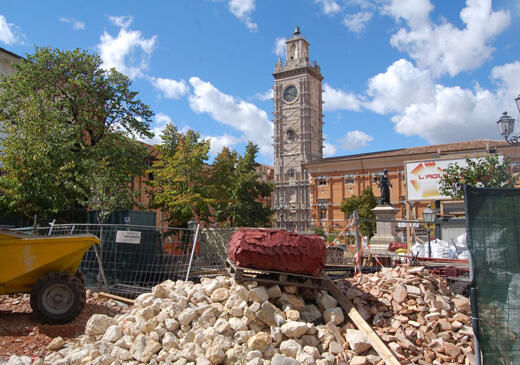 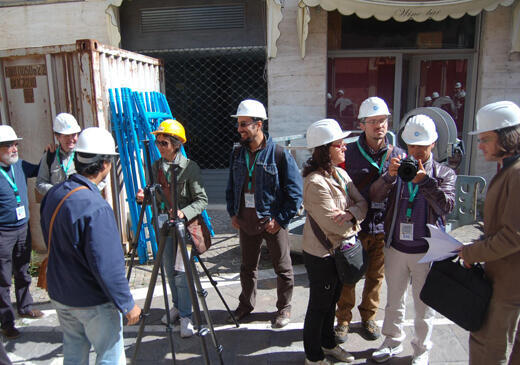 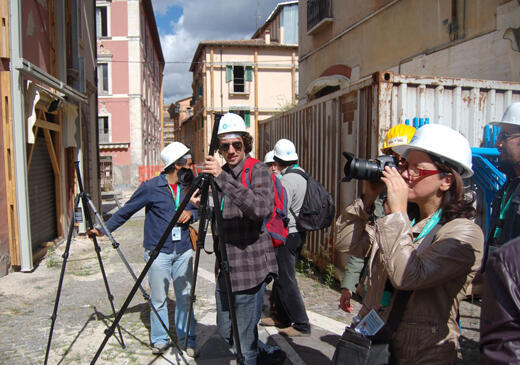 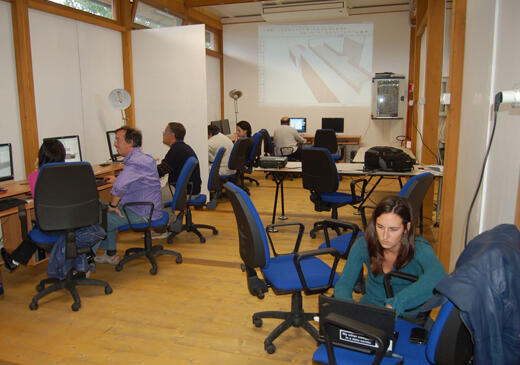 Training course for Google SketchUp in L'Aquila university. All photos by Fabio Iuliano.

Rafaella Cartledge is a freelance journalist from the Abruzzo region. She participated in this project.

Since the earthquake, the government has focused mainly on re-housing the 70,000 displaced people in houses or temporary bungalows on the outskirts of the city. The historic city centre, with its beautiful medieval buildings, remains completely untouched.

Frustrated by this, and by the fact that no reconstruction plan has yet been presented to the city's population, a British architect living in L'Aquila, Barnaby Gunning, came up with the idea of using software called SketchUp to allow citizens to create a virtual online model of the ruined city that could later be of use to architects.

SketchUp is a 3D modelling programme powered by Google that allows Web users to create virtual buildings (modelled on photographs of real-life buildings) that can be viewed on Google Earth once they are completed.

Last week, a team of Google experts travelled to L'Aquila to train the local population to use the software. The project obtained special authorisation to access the city's "red zone", large parts of the historic centre that remain cordoned off to the public, each weekend for the next seven weekends. Small groups of 20 people, composed of Google photographers and ordinary citizens, went to take detailed photographs of the zone. Each building and ruin has to be photographed methodically, from every angle, for the 3D model to be successful.

Starting mid-October, the photographs gathered will be made available on line, so that SketchUp users worldwide can help build the virtual city model. The idea is that the huge task of modelling a ruined city is more likely to be successful with the help of dozens, even hundreds of people, than by a single team of architects.

The L'Aquila 3D project is an ambitious example of how current internet technologies can be used to connect ordinary people locally and worldwide, working together to rebuild the community in the aftermath of natural disaster.

The first training weekend has been a success, and Google trainers said they could turn the L'Aquila 3D project into a pilot project for other disaster areas around the globe."