A 90-metre pedestrian bridge at New Delhi’s shiny new stadium, built especially for the upcoming Commonwealth Games, collapsed on Tuesday, injuring 27 workers. With facilities visibly filthy or unfinished less than two weeks before the start of the Games, our Observer’s worst fears have been confirmed.

Screenshot of collapsed bridge aired on Indian television on September 21, 2010.

A 90-metre pedestrian bridge at New Delhi's shiny new stadium, built especially for the upcoming Commonwealth Games, collapsed on Tuesday, injuring 27 workers. With facilities visibly filthy or unfinished less than two weeks before the start of the Games, our Observer's worst fears have been confirmed.

The games were supposed to showcase India as an emerging power of international stature. Instead, they have become a national embarrassment. The day after the bridge collapse, a portion of false ceiling at the new weightlifting venue crumbled.

Compounding concerns over the readiness of the games facilities are security fears, after the Sunday shooting of two tourists outside one of the city's top attractions. Health conditions are also a concern, with reports of an outburst of dengue fever due to stagnant water puddles on unfinished construction sites.

So far, no national teams have pulled out of the competition, though Scotland has delayed its departure to Delhi, and New Zealand said it was seeking a "Plan B" should the event be cancelled. The athlete's village, said to be incomplete and soiled with human excrement, is supposed to open on Thursday.

Official advertising clip for the 2010 Commonwealth Games: "New Delhi, this is your moment". Posted on YouTube by rajeev1515151.

"People’s anticipation has turned to disappointment"

Abhishek Khanna lives in New Delhi. He writes for the blog The Furobiker.

The mood in Delhi has changed over the past 10 days or so. Before that, everyone was aware the construction work was behind schedule, but people still hoped everything would be wrapped up for the start of the game and were looking forward to them. Now, that anticipation has turned to disappointment. People here are very upset.

In fact, as I had predicted, most of the facilities are finished, but they are just of really, really bad quality. The construction was too rushed to be sturdy. A large number of people are genuinely concerned that the games might actually be cancelled, especially since foreign delegations have begun voicing their dissatisfaction at the facilities, and top athletes [including Jamaican sprinter Ursain Bolt, Australian swimmer Stephanie Rice and Scottish tennis player Andy Murray] have withdrawn from the competition.

The situation is very serious and authorities are not giving clear answers at all, they are just beating about the bush and trying to downplay all the recent incidents. They keep saying things will be ready for the opening, but that's in less than two week's time! Obviously, if the games are cancelled, those responsible will need to be held accountable.

What makes me furious is that the incompetence and corruption of a single team - the CWG games organising committee - is reflecting badly on New Delhi and the entire country. This is unfair, because there are many other infrastructure projects in the area that are extremely well done. Delhi's new airport, for example, is spacious, elegant and safe. People shouldn't let the CWG fiasco tarnish the image of the whole country." 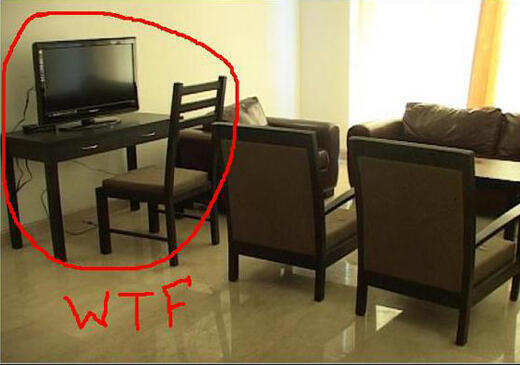 Photo of an 'interior design fail' in the room reserved for the Indian archery team. Posted on Twitpic by Gabbar Singh. 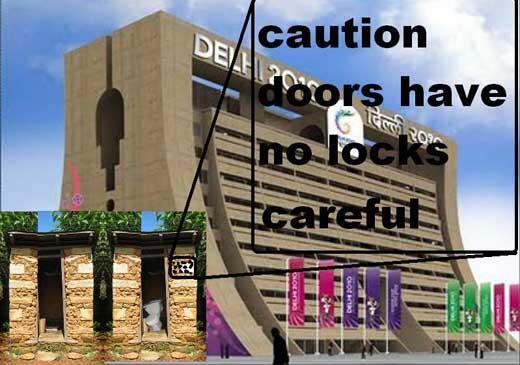 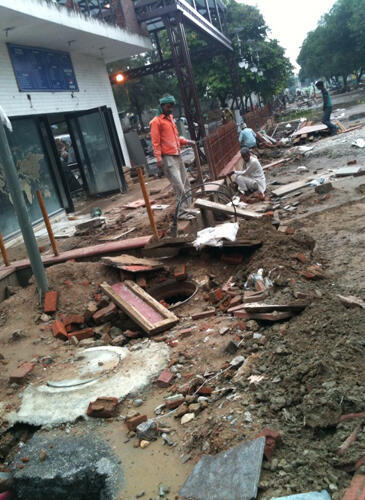 Posted on Twpitpic by rwesthead on September 22, with the comment "There's a week or so left to fix the CWG mess... Good luck India!"