Since early May, Cameroon has experienced its worse cholera epidemic in a decade. In the capital, Yaounde, residents are left to themselves to fight the epidemic, armed with little more than soap and bleach. .

In Essos, a neighbourhood of Yaounde, the capital of Cameroon, a resident cleans a sewage canal with his bare hands. Photos: Otric Ngon.

Since early May, Cameroon has experienced its worse cholera epidemic in a decade. In the capital, Yaounde, residents are left to themselves to fight the epidemic, armed with little more than soap and bleach.

At least 421 people have died since the start of the epidemic, which was initially concentrated in the north of the country. In recent weeks, several cases have been identified in the two biggest cities of the South of the country, Douala and Yaounde.

The Cameroon authorities have recognised that the lack of access to clean drinking water is one of the main factors of the spread of the disease. During a crisis meeting on Tuesday, September 16, Prime Minister Philemon Yang asked authorities to "reinforce health vigilance in all regions" and set up a "media prevention plan".

Cholera is an infection of the small intestine that provokes heavy watery diarrhoea. If left untreated, it causes severe dehydration and electrolyte loss that can result in loss of life within hours. Contamination occurs through direct contact with infected people or objects (hands, clothes or sheets, bodies etc.) or by ingesting unclean food or water. According to the World Health Organisation (WHO), there are 3 to 5 million cases of cholera each year around the world, resulting in at least 100,000 deaths.

"Many people can’t afford to buy soap or bleach"

Mohamadou Houmfa is a blogger and journalist in Yaounde.

The official government line that the situation is “under control” is a lie. It was supposed to be “under control” when the first case was reported last May. When there were dozens of deaths in the north of the country, same story. So why are there now over 400 deaths?

The government says it needs 2.5 billion CFA francs [about 4 million euros] to launch an emergency plan against the epidemic, and that so far it has only raised 685 million francs [a little over 1 million euros]. But the fact that the previous health minister, Urbain Olanguena Awono, is currently serving jail time on corruption and embezzlement somewhat undermines public trust in the government.

In Cameroon, problems are dealt with on a day to day basis and never forecasted. There is no universal access to clean drinking water. For that, we would need to build a centralised underground waterworks system, rather than people digging out individual wells right and left. Politicians have talked about this for years, but nothing is done. Last week the citizens of Yaounde had no running tap water for three days!

Not everyone can follow the advice of government health ads. Many people across the country are so poor that they can’t afford to buy soap or bleach. These people usually wash with contaminated water – they are the first victims of the epidemic.

What I really can’t stand is that the government has begun announcing ‘emergency measures’ since there have been reports of cases in the capital. But people have been dying in the north of the country for months, and the government does nothing. The regions that most need help are completely abandoned. This explains why the disease is spreading."

Otric Ngon is a blogger in Yaounde. He wrote a series of articles on Cholera for the Cameroonian blog Mboa.

A massive awareness-raising campaign has been launched in the media and in schools across the country. TV clips explaining how to prevent the spread of the disease are aired regularly, telling viewers that they need to wash their hands with soap several times a day. Other prevention measures include boiling water before drinking it, carefully washing fruit and vegetables, or putting a drop of bleach in every 10 litres of water to kill the germs. 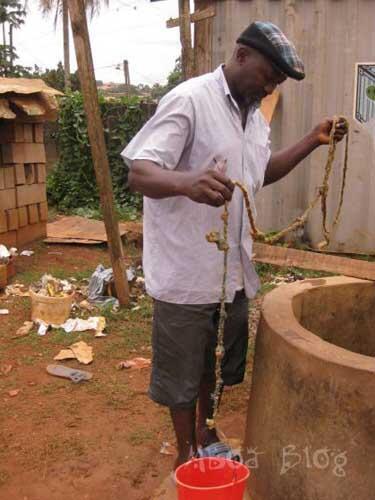 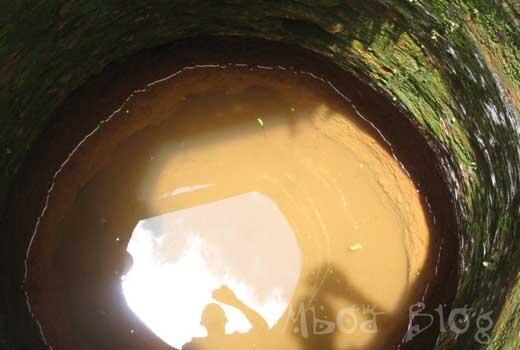 I took photos of a person in the neighborhood of Essos putting a little bleach in his drinking water (above) Very small doses pose no health risk at all. 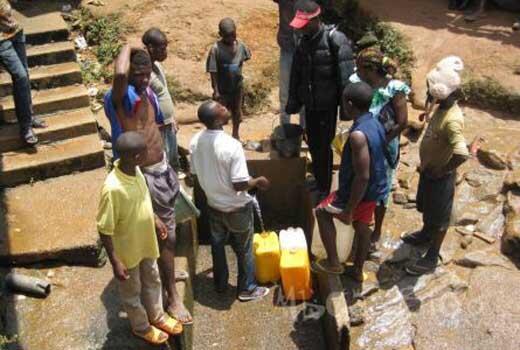 I also took photos of a group of young men who took it upon themselves to clean a water point known as the “Madison” source, which is the most used drinking point in the city during periods of draught. They emptied the trash that had accumulated over the grates, and cleaned the pipes with bleach. 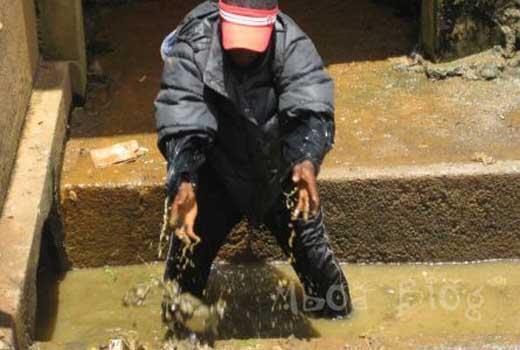 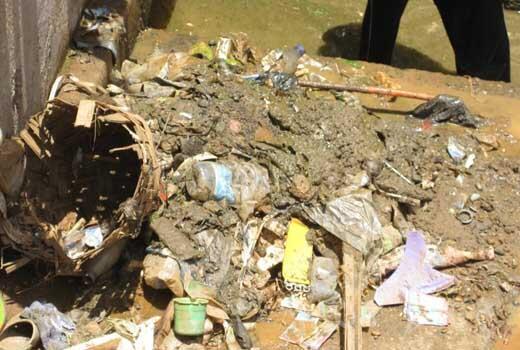 People have no material help at all for now and have to fend for themselves. The resulting self-administration can have negative side effects: some people proclaim themselves ‘source administrators’ and have begun dealing access to clean water. A teenage girl who went to get water at a public source told me she was forced to pay 100 CFA francs [0,14 euros] to fill six bottles of 1.5 litres each."