Suffer from asthma? Try spending a week or two in a Ukrainian salt mine

Ukrainians have a somewhat unorthodox way of treating their breathing ailments: they head 300 metres underground, in a disaffected salt mine-turned-therapy centre beneath the village of Solotvyno. Read more and see the photos...

Ukrainians have a somewhat unorthodox way of treating their breathing ailments: they head 300 metres underground, in a disaffected salt mine-turned-therapy centre beneath the village of Solotvyno.

For decades, Solotvyno's allergological hospital has sent patients suffering from asthma, hay fever type allergies and various bronchial blockages to spend time in the dark and humid galleries of the mine, where the salt-permeated air is believed to have decongestant and curative qualities.

The treatment, called speleotherapy (or salt therapy), was discovered in Poland in the 1950s by a physician called Feliks Boczokwski, who noticed that salt miners rarely suffered from tuberculosis or respiratory diseases. The therapy is common in Eastern and Central Europe, but almost unknown in the rest of the world. Not all experts are convinced of its benefits: British asthma specialist Caroline Moye told the Guardian newspaper that "there is very little evidence available to suggest [salt therapy] is an effective treatment for people with asthma."

Around 5,000 patients visit the Solotyvno salt mine each year. They lie in the saline grottos for an afternoon or for overnight sessions, and usually return for 24 consecutive days. 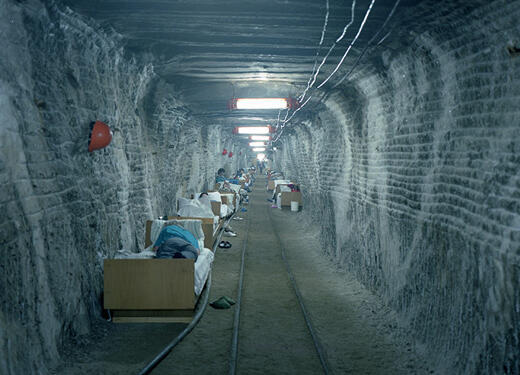 The main ward of Solotvyno's salt mine. Photo by Kirill Kuletski.

Speleotherapy is recommended as an alternative treatment for any breathing-related disease. It does not substitute conventional medicine, but is a good, natural complement.

Breathing in salt air dissolves excess mucus and clears the respiratory system. It is good to visit salt caves both as a preventive treatment, as well as to sooth the symptoms of any breathing illness. In the latter case, we recommend coming for a minimum of five sessions of 45 minutes.  A person suffering from hay fever allergies usually feels a decrease in the acuteness of symptoms (stuffy nose, wheezy breathing) after two to three visits. Patients suffering from asthma need to come for the long term - although asthma can never be 100 percent cured, they will begin to feel a difference if they come regularly over a period of several months.

Finally, the sodium, potassium and magnesium in salt improves blood pressure and has a positive effect on the heart and blood circulation, while calcium strengthens the immune system." 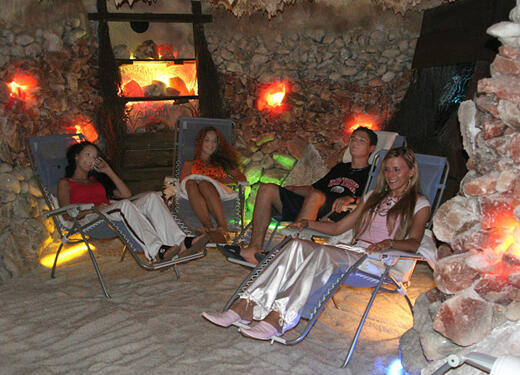 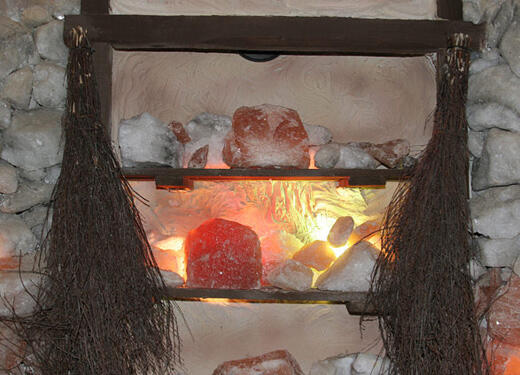 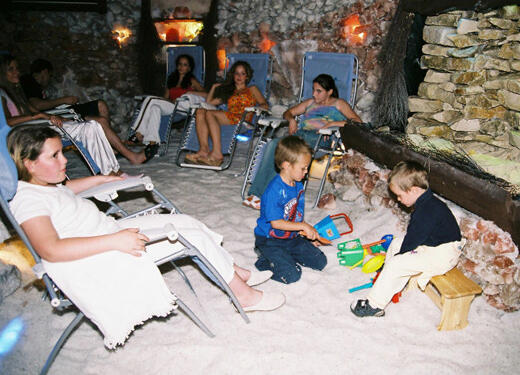 Photos from the website of the Genuine Salt Cave speleotherapy centre in Bratislava.

“The atmosphere was quite surreal”

Kirill Kuletski is an art photographer. He was born in Moscow and currently lives and works in London. See his full series on the Solotvyno salt mines on his website.

I decided to photograph the speleotherapy caves to try to capture the particular mood and atmosphere I experienced when I visited them. I wanted to replicate that atmosphere as closely as possible in my pictures.

The whole setting was quite surreal. As a photographer, I was interested in its unearthly visual representation. I tried to recreate the patient's mood by using minimal framing, and avoided taking direct pictures of their faces. The patients were very calm and relaxed, which contrasted with the very unsafe conditions of the caves. I personally was appalled by the run-down old elevator that brings patients underground: the mechanism was completely rusted and the cords worn thin by the salty air. But I guess Russians and Ukrainians are used to these conditions and feel comfortable in the caves. They are sent there from a very young age: there were children lying in the wards, wearing safety helmets and plastic sheets to protect them from water dripping from the ceilings.

There was a smoking room in the basement of the hospital near the mines, which is ironic for a clinic intended to treat breathing problems. In theory, patients are not allowed to smoke in the clinic, but sometimes doctors turned a blind eye.

Another interesting thing about Solotvyno is the mix of people that live and work at the clinic. It is situated on the border with Romania, and many Romanian staff simply walk to Ukraine every morning to work in the caves and neighbouring hospital. Nearly all the staff spoke three different languages: Russian, Ukrainian and Romanian. There were no visible tensions between the different nationalities." 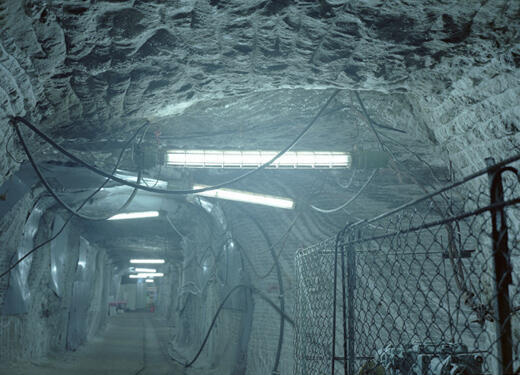 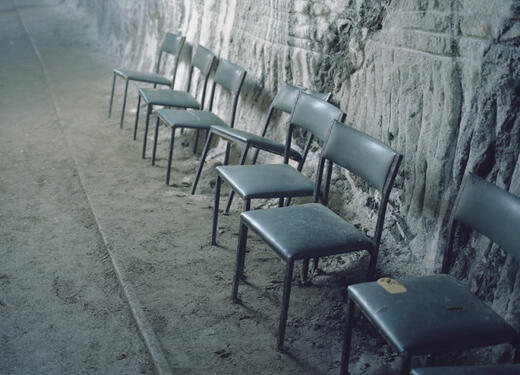 Chairs lined up next to a disaffected railway in the mine. Photo by Kirill Kuletski. 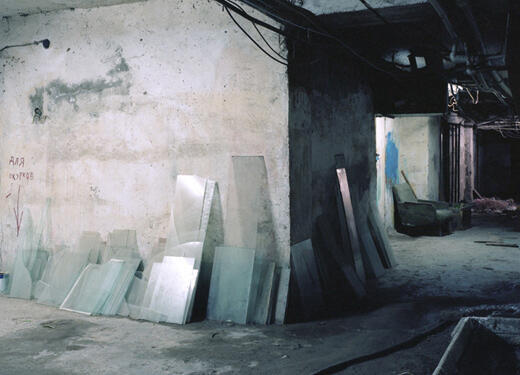