Muslims worldwide celebrated the end of the Ramadan period of fasting last Thursday. The Muslim community of Cape Town, South Africa, marked this special evening by distributing hundreds of hot meals to the homeless. Our Observer, a Buddhist, joined them for a memorable night. Read her account...

Muslims worldwide celebrated the end of the Ramadan period of fasting last Thursday. The Muslim community of Cape Town, South Africa, marked this special evening by distributing hundreds of hot meals to the homeless. Our Observer, a Buddhist, joined them for a memorable night.

Muslim communities around the world treated themselves to sumptuous feasts and celebrations to mark the end of a full month of fasting, during which they were not allowed to eat, drink, smoke or have sex between sunrise and sunset. The end of the fasting period comes with the arrival of the new moon. The following day is a Muslim holiday, Eid ul-Fitr.

Before the food distribution 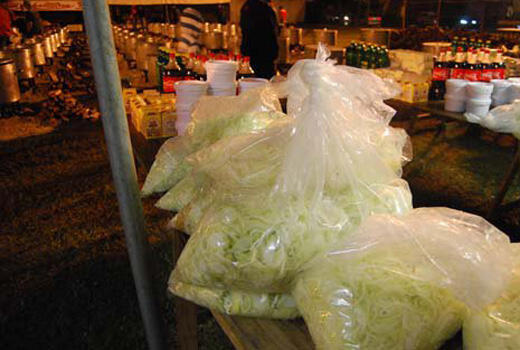 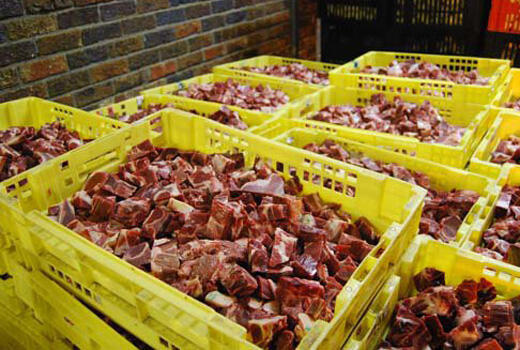 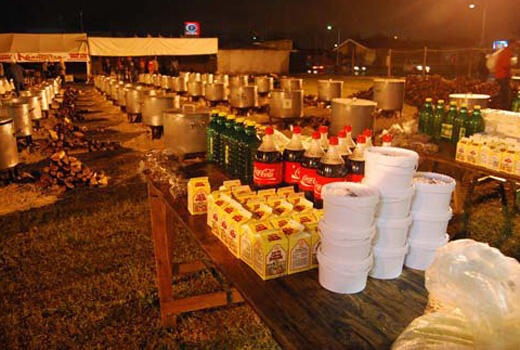 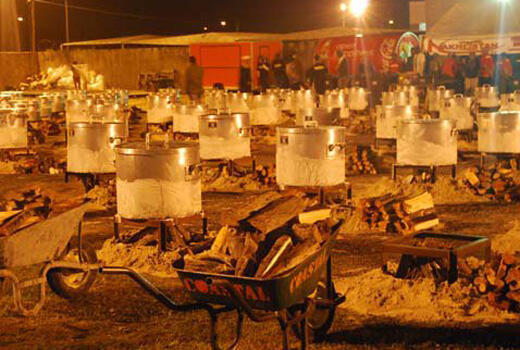 Nyain Swe was born in Burma, but has lived in South Africa for the past 25 years. By chance, she stumbled across the traditional Ramadan soup kitchen set up by Cape Town's Muslim community, and decided to join the celebration. She posted this account of her very special evening on her blog.

Every year, on the eve of Eid, when the sighting of the new moon has signalled the end of the fasting month of Ramadan, Cape Town's Muslim community gathers in the suburb of Rylands to provide food for those in need. This event is called Nakhlistan (a Persian word for Oasis). It was launched 26 years ago by Mohammed Shukoor Mowzer and his friends, the late Dawood Parker and Shaikh Sa’dullah Khan. What started out with 2 pots in 1984 has today reached a total of 145. Each pot can feed over 300 people. 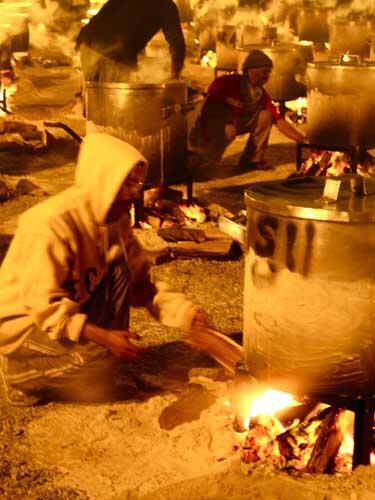 I met Mr. Mowzer, an unassuming man dressed in a track top over his kurta, on a cold September night. He told me that the main reason for organising Nakhlistan was to see the joy in the faces of people who would normally not be able to afford a meal. But he did not do this only once a year: he later told me that they ran feeding schemes every Tuesday and Thursday (albeit on a much smaller scale), all of which are funded by the Muslim community in the Western Cape.

"It was cold, cloudy and misty with no moon to be found" 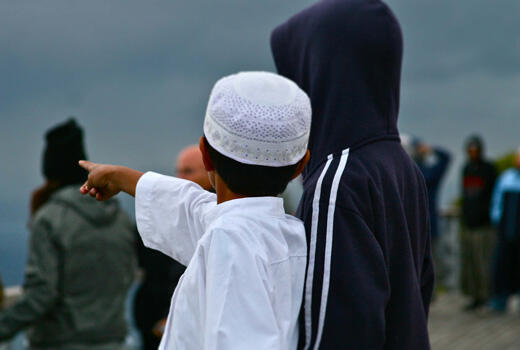 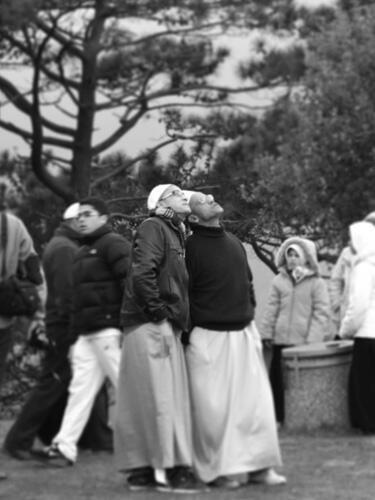 How I ended up in Rylands is yet another event in itself. It all started when my friend suggested we take a drive up to Signal Hill to spot the new moon. It was 5:50pm when we got to the top and it was cold, cloudy and misty with no moon to be found. (Cape Town weather is temperamental. That same afternoon it had been sunny with clear skies.) Nonetheless, we stuck around until 6:30pm, which was apparently the official time that fast is broken. We were wandering aimlessly as the people began gathering for their prayers, when a girl (Amirah) and her brother approached us. They told us about what goes on the day of Eid, and subsequently even invited us to break fast with them and proceeded to invite us to Eid lunch -- usually a family event -- the next day. But we had to gratefully decline.

"You can sense the warmth of the community" 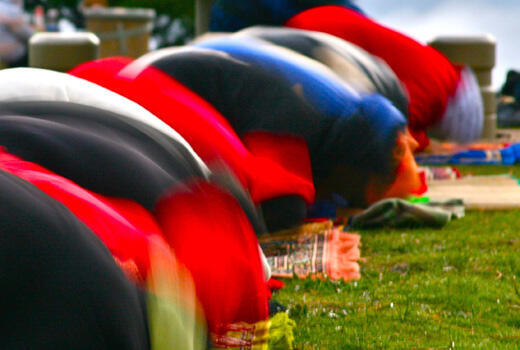 Somewhat taken aback by her forthrightness and generosity, I thought to myself, this is what a society should emulate. I've said it once before during my walkabout in Bo Kaap and here I am, experiencing the warmth of the community again in Cape Town (which is usually known to be quite cliquey).

The girl asked for our numbers and my friend promptly handed over my card, but we thought nothing of it and proceeded to get back in the car to thaw out our noses and ears. Later that night, sure enough, I got a call from her, which I’m quite grateful for, otherwise I wouldn’t have known about this Nakhlistan in Rylands.

"Rylands is on the way to the Gugulethu township, at first I wasn't too keen"

Rylands is about 20 minutes from where I stay in the city. I never go down to the Southern Suburbs, mainly because the city bowl is an enclave of its own. Going into the North and the South, it’s a different setting altogether. Besides, Rylands is on the way to the Gugulethu township, and I wasn’t keen on getting mugged or shot. Sill, though feeling a bit nervous, I decided to take a drive down to an area I was unfamiliar with. My reasoning was, if it’s dodgy, I can always choose NOT to get out of the car and drive back to the safety of the Atlantic Seaboard. 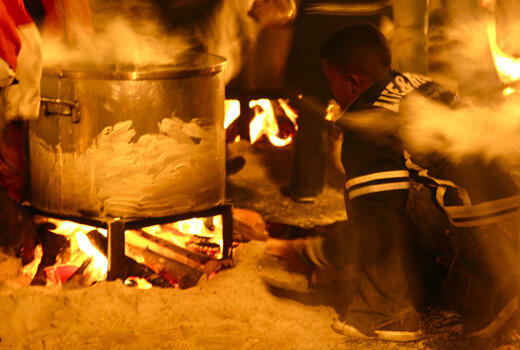 When I arrived at Rylands, I got so excited at the sight of the myriad of simmering pots that I jumped out the car and locked myself out. Feeling like the ultimate failure, I went up to two gentlemen who were casually smoking their cigarettes in the driveway of the house outside which I had parked and asked them for help. After 30 minutes of trying with just a coat hanger and a screwdriver, my door was finally opened! (All thanks to Mr. Abdullah and Mr. Mukhtar and their ingenious coat hanger trick). 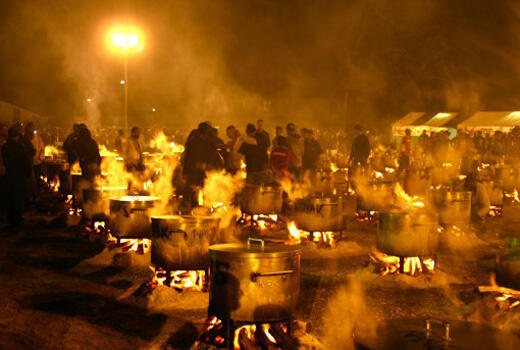 I’m still amazed at how friendly everyone was in there, randomly striking up a conversation, telling me about the history and the feeling of warmth both from the pots and from the conversations I had with them. And although I didn’t find my moon tonight, what I found was much more beautiful and something that is getting increasingly rare – the random kindness - from the two men trying to find a way to help me, a person they hardly knew, thinking of ways to open up my car again, to the girl who invited two strangers over for a family lunch. This is Cape Town and that’s why I love it."