Warning: this is not a real baby

Reborn dolls first appeared in the United States in the 1990s, when a group of doll enthusiasts used techniques inspired by Hollywood prop fabrication to create more realistic dolls. Internet brought the trend to Europe, where it spread in the UK and Germany before reaching France a few years ago.

Reborners, as the artists who make reborn dolls are referred to, usually work with a kit of pre-fabricated vinyl body parts called "sculpts". The finished babies are sold over the Internet on specialist websites, nicknamed "nurseries" or via eBay for amounts ranging from 250 to over 1000 euros. Doll artists justify this high cost by the complex and time-consuming fabrication process, and passionate collectors, most of whom are women, are ready to spend substantial amounts to "adopt" a reborn [the dolls are usually shipped complete with a "birth certificate"]. As a result, a lucrative reborn industry has emerged.

From vinyl "sculpt" to finished doll 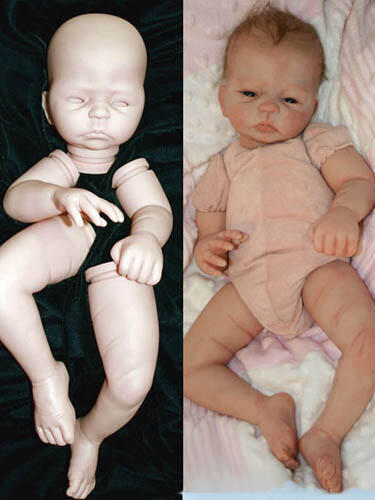 "Some vendors sell the dolls for astronomical amounts. I believe that’s preying on vulnerable women"

Susan Lavelle, a mother of three, lives in Kilcock, Ireland. Creating reborns has been her full-time hobby since 2007. She sells them by word of mouth to friends, neighbours and local toy stores.

I discovered several reborns Christmases ago, when I was looking for a special gift for my then 10-year-old daughter. She had outgrown most dolls and never really liked Barbies, and I kept thinking that while there were many toys for pre-teen boys, there weren't really any for girls. That's when I came across reborns on a website, and I thought: "wow, she'll love that!" I'll never forget the look on her face that Christmas. It was amazing, absolutely magic. The doll became her absolute favourite toy, she cared for it like a little baby. 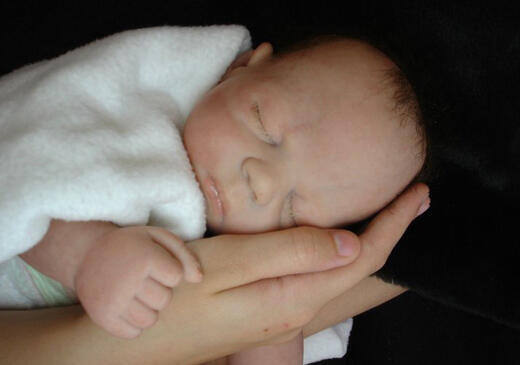 I decided to start making reborns after inspecting my daughter's doll closely, and thinking, "I reckon I can do better than that." I've always loved arts and crafts, and I was amazed at how life-like my dolls came out, even after the first go.

Personally I don't see anything morbid in reborns. I've seen several media reports that I feel paint them and their owners in a very bad light. At the end of the day, all they do is look like a baby. They're just dolls. However, I've also seen some dolls sold to collectors for absolutely astronomical amounts. I believe those vendors are preying on vulnerable women, who have maybe lost a child and a trying to fill a gap." 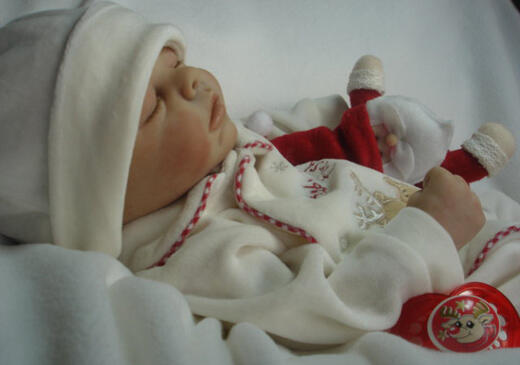 "I like photographing my reborn dolls in Anne Geddes-type settings"

Betty Hampele, 18, lives in the north-eastern French region of Alsace. She has been crafting reborn dolls since 2006, and now sells them on her blog and website. She is studying to become a special effects makeup artist.

I first discovered reborn dolls 4 years ago while browsing on eBay, quite by accident. I was 14 at the time, and I have always loved dolls, so I was immediately attracted by the startling real-life quality of reborns. I bought a ready-made one from Germany first, but quickly decided that what I really wanted to do was make my own. 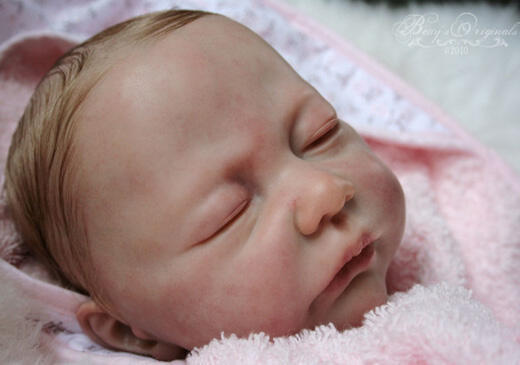 At the time, there were practically no reborners in France, so I began by taking a course with an artist in Germany. The fabrication of a reborn doll is extremely technical, involving several layers of paint, a long and meticulous hair rooting process, and oven cooking. I don't work on my dolls full time, but making a single doll from start to finish takes me between 2 and 6 months.

I used to collect dolls, but now what I really like is the creation process. I feel that my skill at making them improves with each doll, which is what is most satisfying. I also love the process of photographing them to make them look as life-like as possible. Some reborners go as far as to set up premature newborn dolls with breathing tubes and everything. I don't really like that. I prefer to photograph my creations in Anne Geddes-inspired settings. 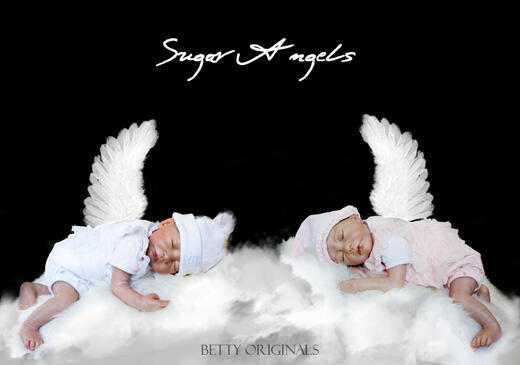 Some of my friends and family don't understand my enthusiasm for reborns - a few (in particular those who have had painful experiences with losing a child) have called them morbid. Maybe some women consider and treat the dolls like real babies, but it's not true as far as I'm concerned - and I think those women are the minority. Also, I've noticed that for many people, cradling a baby-like figure in their arms has a calming effect.

Recently, I was invited to display some of my creations at an exhibit in Belgium, and it was great to talk to people who understood the artistic side of reborning, rather than seeing it as a sort of freak show." 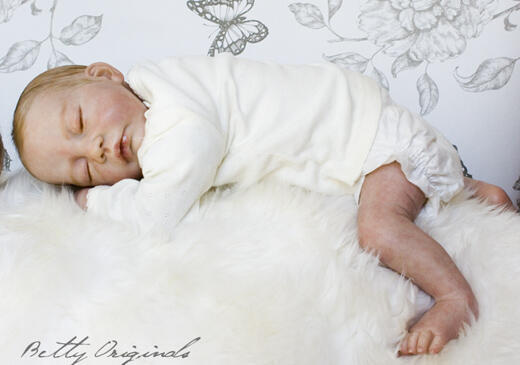