In Hebron, shopkeepers in the old town are obliged to cover their stalls with metal grills to protect them from rubbish thrown from the windows of Israeli settlers.

Photo sent by our Observer.

In Hebron, shopkeepers in the old town are obliged to cover their stalls with metal grills to protect them from rubbish thrown from the windows of Israeli settlers.

On the West Bank, the town of Hebron is known for being the site of frequent incidents between the several hundred settlers, supported by the Israeli army, and the inhabitants of the town. It is the town’s shopkeepers who bear the brunt of these confrontations. Indeed, the Israelis who have houses which overlook the street do not hesitate to throw their rubbish onto the stalls below.

Thanks to our Observer Maria Dore for alerting us to this subject.

Shrouq A.Morakten is an engineer from Hebron. She lives in Ramallah, but often goes to Hebron where she takes tourists or friends around the city.

The old town of Hebron resembles that of Jerusalem or Nablus, with only one difference: the Israeli settlers live right in the centre of town. And the houses where they live directly overlook the streets of the market. From their windows, they throw rubbish and all sorts of bulky objects onto the stalls, damaging the merchandise and scaring passers-by. In order to not be attacked, the shopkeepers have installed metal grills all along the streets which are overlooked by these houses. But this hasn’t dissuaded the settlers, who have the protection of the army, and you can still find rubbish on top of the grills that cover the streets.

The same thing happened in another part of the town, near to the Cave of Patriarchs. After being attacked, the shopkeepers ended up closing their shops and deserting this part of the old town. Because they are afraid of being subjected to the same sort of treatment, those in the centre of the town have taken advantage of Ramadan to launch a campaign to encourage people to come to the market and buy artisanal products typical of Hebron.

The situation has gone from bad to worse since the Second Intifada in 2000. The Palestinians are afraid that their town will become a ghost town." 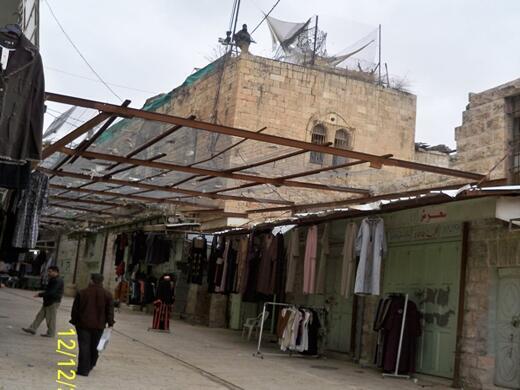 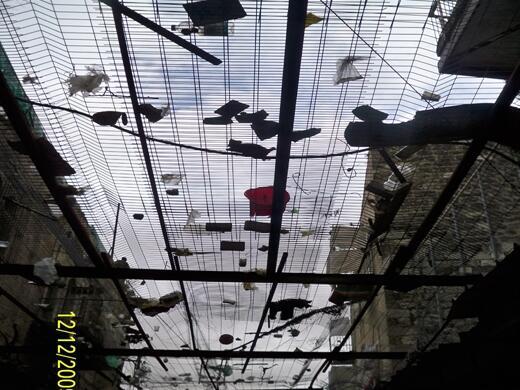 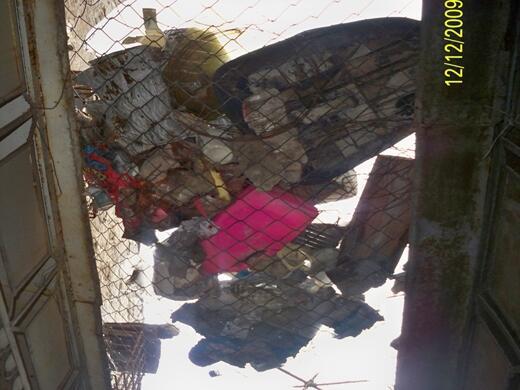 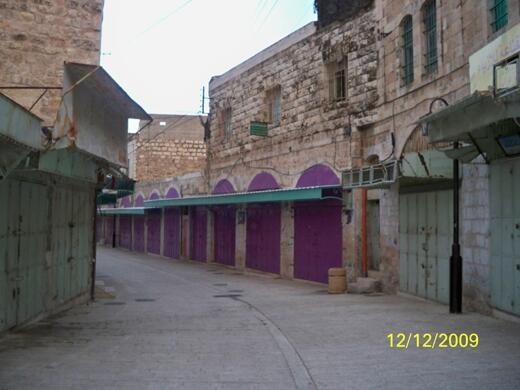 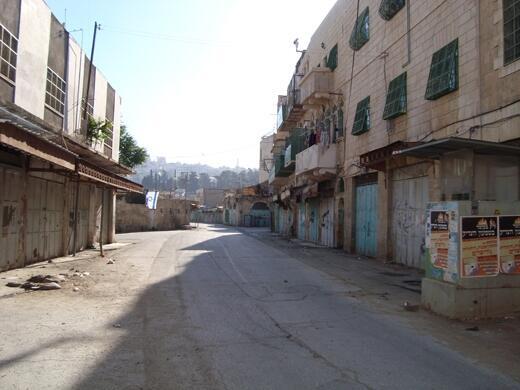 All the photos were passed on to us by our Observer.