The Burmese junta announced in August that it would triple the size of the protected game reserve for endangered tigers situated in the northern region of Kachin. But, the truth is, a real-estate tycoon close to the junta has continued, unhindered, to raze large parcels of the land.

The Burmese junta announced in August that it would triple the size of the protected game reserve for endangered tigers situated in the northern region of Kachin. But, the truth is, a real-estate tycoon close to the junta has continued, unhindered, to raze large parcels of the land.

The tiger reserve of Hukaung valley, established in 2001, is home to the largest remaining population of the rare Indochinese tiger. In August 2010, the junta announced plans to increase the surface of the reserve for it to stretch across the entire valley. Burma’s leaders announced that the reserve would ultimately reach the size of 17,000 km2, roughly the size of Kuwait.

Yet, just a few months before the announcement, the non-profit organisation KDNG (Kachin Developement Networking Group) published an alarming report on the unchecked deforestation operated by Burmese real estate Tycoon U Htay Myint on protected lands, with the junta’s blessing.

The countries surrounding the Mekong River (Cambodia, Vietnam, Laos, Burma and Thailand) are home to the world’s largest population of wild tigers. But intensive poaching and deforestation have caused the number of tigers to fall from 1,200 in 1988 to just 350 today.

The state of Kachin (in the north of the country, near the Chinese border), has also been the stronghold of a Burmese separatist guerrilla for the past 50 years. 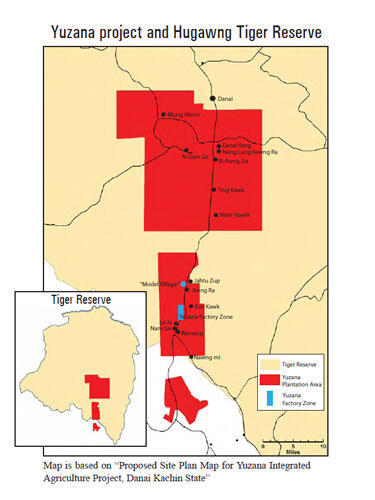 Map of the valley of Hukaung. In red, the farmlands in the valley. Courtesy of KDNG.

"The announcement is just for show, they want to look good at the International Tiger Conference"

Ah Nan works for the KDNG organisation. She currently lives in Bangkok.

In 2006, Burmese authorities allowed industrial farming group Yuzana to use 200,000 acres [800 km2] of land in the south of the reserve to be turned into an 'agricultural development zone'. The group is directed by U Htay Myint, a businessman with close ties to the Burmese junta. As a result, tractors are –- as we speak –- digging up acres of protected forest land, spraying the earth with pesticides and turning sections of the forest into tapioca and sugar-cane fields.

There are two direct victims of this deforestation. First, animals, in particular tigers, have seen their living and hunting space shrink considerably. Tractors have even demolished the "green corridor" of forest initially left so tigers could cross the farm fields. All that is left is a multitude of signs, planted in the middle of razed land, indicating that you are standing on "protected forest territory" (see photos). Recently, a resident of the reserve told us that sightings of tigers had ceased. The few hundred left have been forced to retreat into the depth of the forest.

Locals are also affected. They settled in the valley years ago, well before the zone became a protected area, and are now forcefully evacuated by Yuzana’s private militia. The zone is currently under the army’s permanent watch, and residents were displaced to 'model villages' created by the company, where it’s nearly impossible for them to grow any crops.

The government announcement that they plan to expand the protected reserve is just for show, to look good at the International summit on tiger preservation coming up in St. Petersburg. They intend to announce that, by 2022, the number of tigers on Burmese soil will have doubled. But, on the field, nothing is being done to successfully preserve the forest. They don’t respect anything." 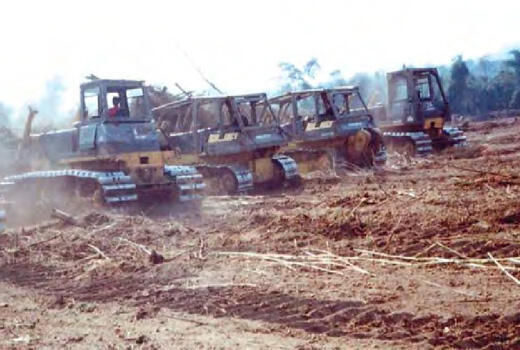 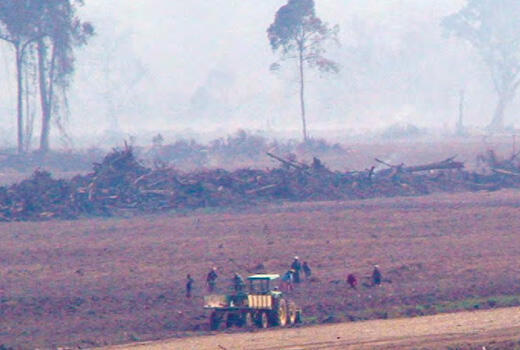 Deforestation of the reserve.

The only thing that remains of the so-called "green corridors" are the signs. This one reads "thank-you for your cooperation". 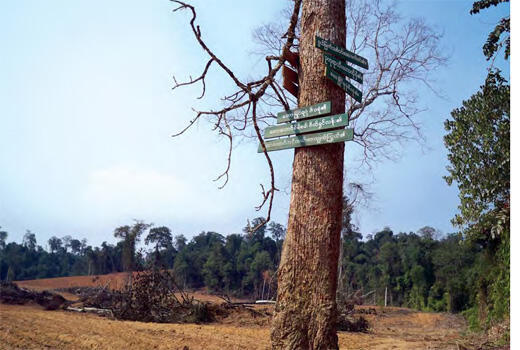 "The forest enables the preservation of biodiversity" or "The luxuriant mountains and forest are a good home for animals". 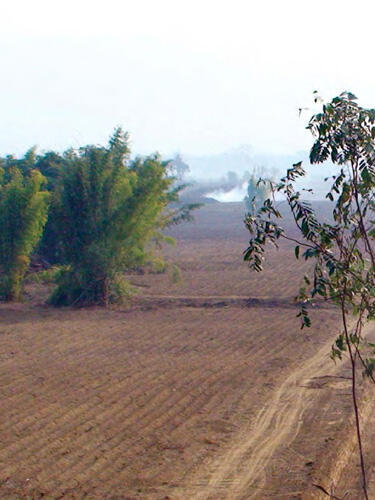 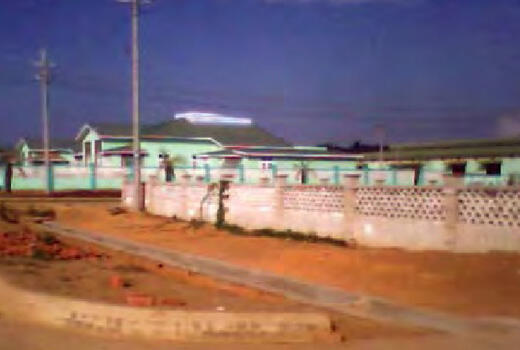 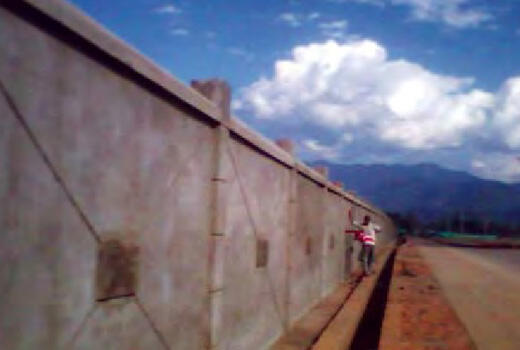 The farming zone is circled by a cement wall.

All photos taken by members of KNDG.