A coffin in the shape of a beer bottle. Photo sent by our Observer.

Fish, onion, plane, beer bottle or cigarette… The Ga people are used to burying their dead in bizarrely shaped coffins.

In Ghana, funerals are cause for huge celebrations and it’s up to the families to honour their dead in style. In the region of Teshie, the Kane Kwei woodwork and sculpting workshop makes coffins in all kinds of shapes, which can symbolise the profession, a hobby or even a vice of the deceased person. Begun in the 1950s, figurative coffins quickly became a tradition. 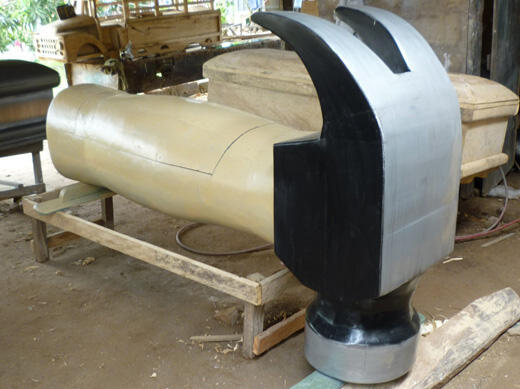 "Funerals are an important social occasion for the Ghanaians"

Jean-Michel Rousset is a long-time friend of Eric Adjetey Anang. He created the website for his workshop.

Ga funerals are occasions that are both solemn and festive. A funeral is an important social occasion. They are huge parties, with lots of guests, and they are very costly. The coffins made by Kane Kwei cost between 500 and 800 Ghanaian cedis (between €327 and €524), four times the cost of a traditional coffin, but this is little compared to the total cost of the celebration." 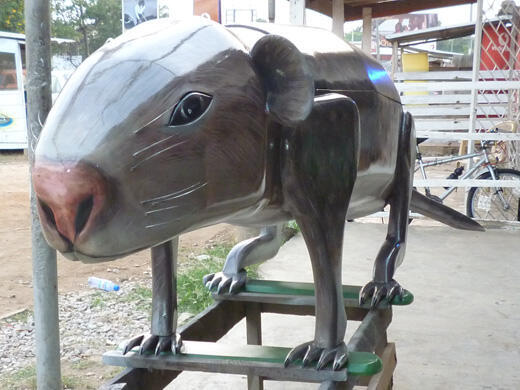 Jean-Michel Rousset explains: "a family ordered a coffin in the shape of an agouti [a huge African rodent] for a man who had adored the meat of this animal: they provided a model and for one month it was kept at the studio so that the coffin could be made to look as life-like as possible." 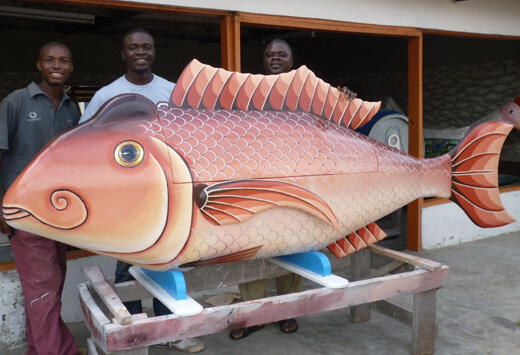 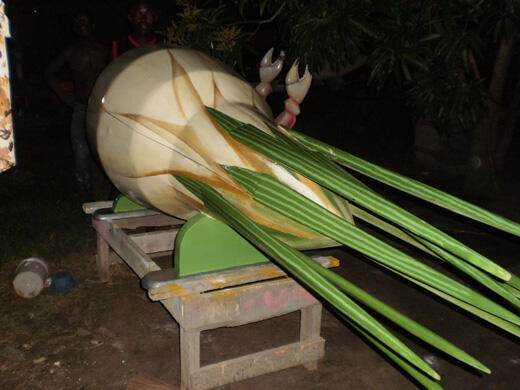 In the shape of an onion. 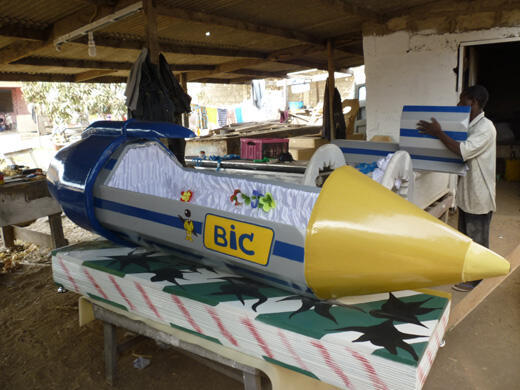 In the shape of a ballpoint pen for a teacher. 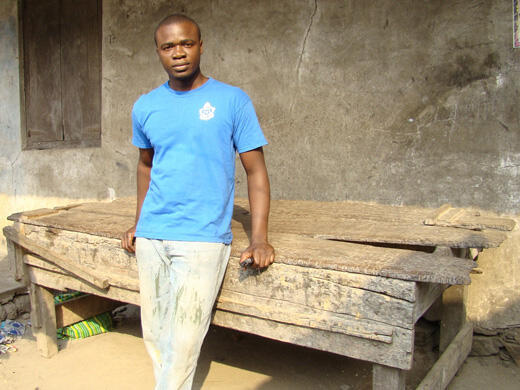 Eric in his workshop, in front of his grandfather's workbench. All of the photos were submitted by our Observer.

"Every new coffin should be a challenge"

Eric Adjetey Anang is a sculptor. He directs the Kane Kwei workshop, which was created by his grandfather.

This tradition began with my grandfather. A traditional chief had him build a palanquin (a chair that is carried) in the shape of a cocoa pod and when he died, he was buried in this palanquin. This incident left a deep impression on my grandfather, Kane Kwei, who is a sculptor. So when his grandmother died, he made her a coffin in the shape of a plane, a means of transport that she would have liked to take when she had been alive. In the months that followed, people ran up to my grandfather and asked him to make coffins in all kinds of shapes.

Today, the company is going well. I have eight apprentices. When they finish their training they'll open their own workshops. There are already three in the Teshie region.

It’s the family who decides the shape of the coffin. I make a lot of fish-shaped coffins. But when people come to see me to discuss the shape and style of the coffin, I try to convince them to choose something original because I like trying new things. I managed to persuade a family to choose a xylophone for a musician who had died, because a piano or a guitar would have been much too classical. Each time it should be a challenge. Someone even asked me to do a Hummer. I see my work as a means of making the coffin an object of nobility. In the past, we didn’t respect it, a coffin was simply a piece of wood and the deceased person inside was virtually nothing.

Several museums have exposed my work, such as the Quai Branly in Paris. I have also established an artists’ residence, and an American came and spent two months in my studio in 2009. At the moment I’m in talks with several designers regarding the possibility of making furniture." 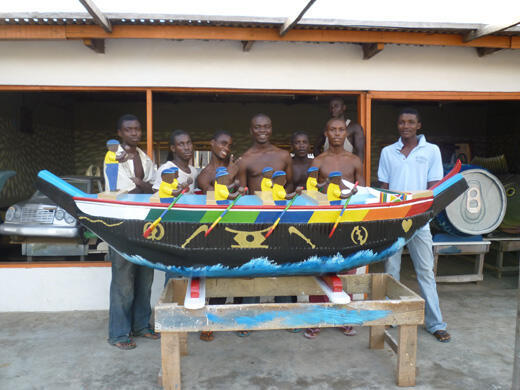 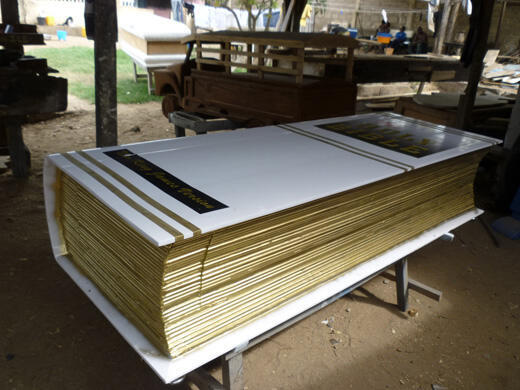 A coffin in the shape of a Bible.