Two British eco-artists have launched a concept that could well lure chirping sparrows back to London: blocks of flats for birds.

Photo passed on by our Observer.

Two British eco-artists have launched a concept that could well lure chirping sparrows back to London: blocks of flats for birds.

These nest boxes were installed in parks in Chelsea and Islington, London, in July.

Bruce Gilchrist is a member of the artists’ collective London Field Works.

We wanted to draw attention to the number of bird species that have practically disappeared from the centre of London, such as the sparrow and the swift. They are leaving the city because modern buildings no longer provide them with anywhere to nest.

Our installation is also a metaphor which encourages people to think about our own housing systems. London, for example, is facing a severe housing crisis, which is mostly due to the fact that under [former Prime Minister Margaret] Thatcher the amount of social housing was drastically reduced. We want to make people aware of this situation. 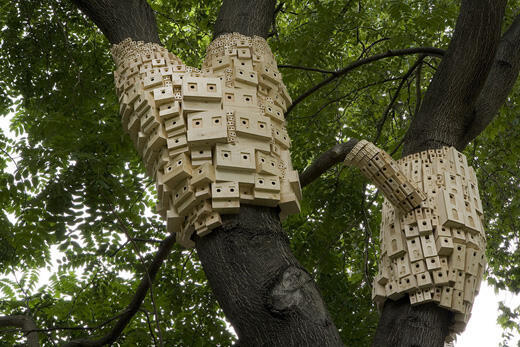 The installation in Islington was inspired by the buildings that surround it. The nests on the left resemble the large blocks of flats on one side of the park; those on the right resemble the Victorian houses on the other side. 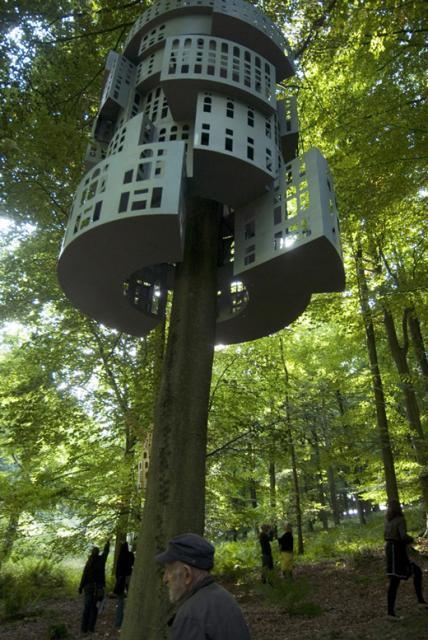 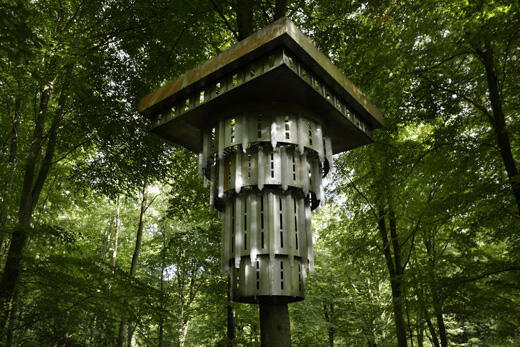 Before these installations, we had already carried out a similar project in Kent (south of London). There, we installed bird houses the architecture of which copied the palaces of some famous dictators. We created a series of nests entitled ‘Stalin’, ‘Ceauşescu’, and ‘Mussolini’.

It takes a while before the birds come and settle in the nests, but they do eventually. It's been one year since we launched the 'Super Kingdom' project and we now have numerous tenants in our dictator-dwellings." 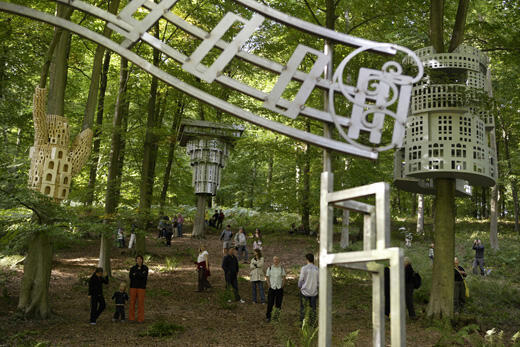 These bird houses copy the palaces of some famous dictators. Photos sent by our Observer.