On the last evening of August, the skies above Nejapa come alight with flying balls and giant flames, as the inhabitants of this small village in El Salvador celebrate volcanoes, devils and saints.

On the last evening of August, the skies above Nejapa come alight with flying balls and giant flames, as the inhabitants of this small village in El Salvador celebrate volcanoes, devils and saints.

For almost ninety years, people in the town of Nejapa - not far from the capital San Salvador - have gathered for the Balls of Fire festival. With their faces painted black and wearing wet clothes and thick gloves, two groups of locals launch cloth balls dipped in gasoline at each other, until the flames go out.

Evelyn Navarro is a journalist in San Salvador. As a native of Nejapa, she has attended the Balls of Fire festival for several years.

The tradition appeared in the 1920s, but it is only since the end of the Civil War in the 1990s that it has been very popular across the country.

There are three different stories on the origin of the festivities, all of them mixing religion and history. According to the first story, the town was buried completely when El Playón volcano erupted in 1658. Locals believe that St Jerome, Nejapa's patron saint, guided them to the village's new - and current - location. A second legend says that when the same volcano erupted in 1917, the town - in its new location - was once again in the lava's path. Frightened by the giant balls of fire coming out of its crater, villagers walked around Nejapa praying and carrying icons of their protector saint. The lava miraculously changed direction and spared the town.

But the most famous - and well loved - legend says that St Jerome was concentrating on praying when the Devil appeared. To try to distract him, the Devil started throwing balls of fire at the saint, who fired back. Soon the two were locked in a fierce battle, which ended when St Jerome won and banished the Devil. 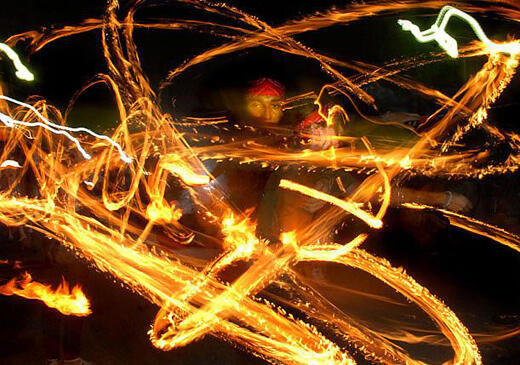 The battle between the two is staged anew in today's festivities, with one side representing our patron saint and the other representing the Devil. Only here there are no winners: they simply launch the balls of fire at each other for a couple of hours, until the flames go out. It is quite a sight, with balls flying in every direction and flames going up everywhere. Since it almost always rains around this time of the year, flying balls often land on the wet pavement and draw lines of fire.

Preparations for the festival begin a long time in advance. The balls, made with old clothes, are filled with iron and immersed in barrels full of gasoline for one year, so that they will light up easily and not go out.

Despite the danger involved, each year more and more tourists come to Nejapa. Last year we had 5,000 visitors, in a town of 30,000. Every once in a while a person is hurt, but Red Cross doctors are always standing nearby and usually nothing happens. My cousin was once burnt by a ball that landed on her foot. Even though she was taken to the hospital and was on sick leave for several days, the next year she was standing there again." 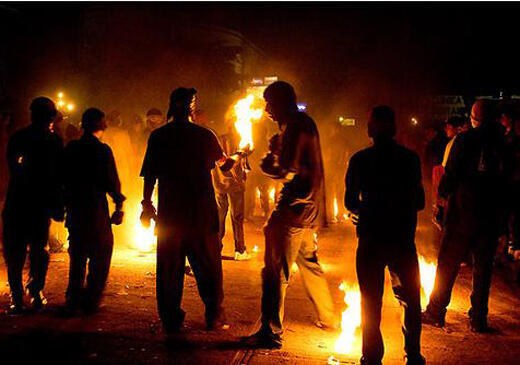 Before the battle. Photo posted by Rodolfo Villeda on Flickr. 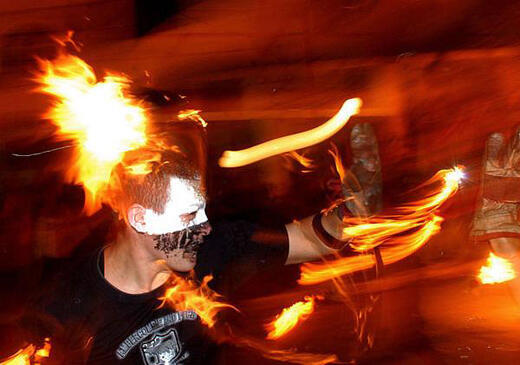 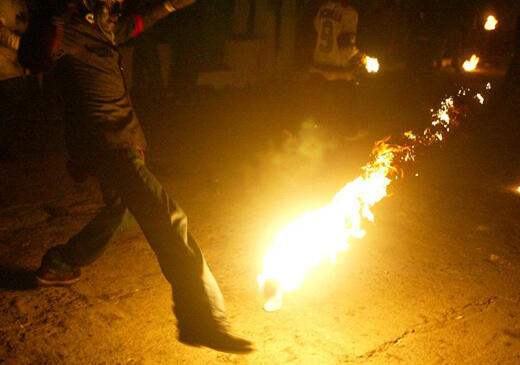 Stopping the ball with a foot. Posted by Juan Quintero on 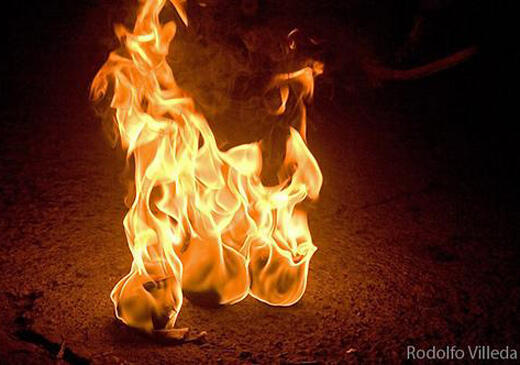 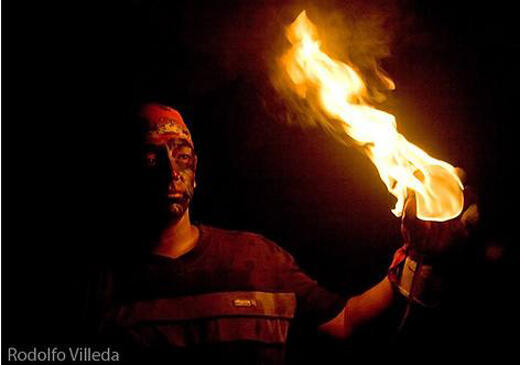 Picking up a ball. Posted by Rodolfo Villeda on 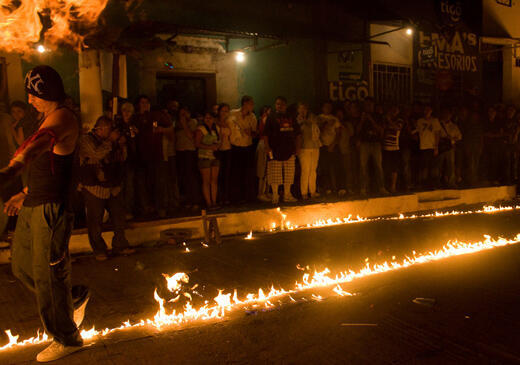 Line of fire. Posted by Mario Pleitez on Flickr. 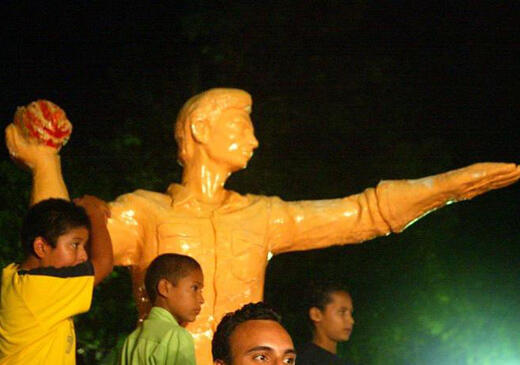 Spectators near a statue representing a participant. Posted by Juan Quintero on El Salvador Foto. 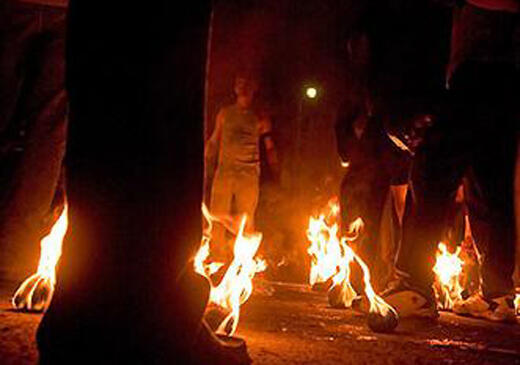 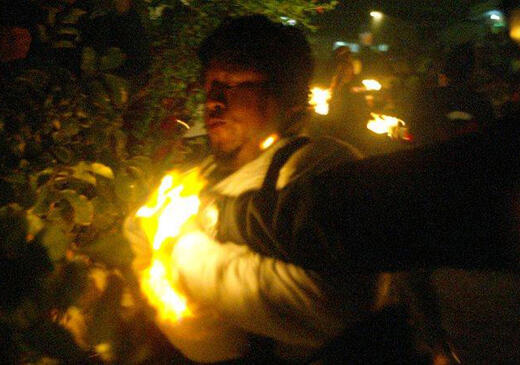 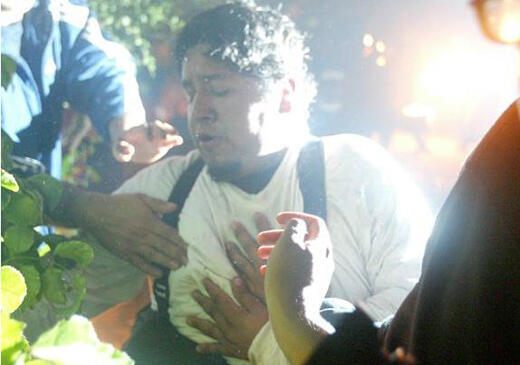