In Gaza, an unspoken rule bans women from riding bicycles after they have hit puberty. But last Saturday, one young Palestinian woman decided to defy the taboo, sparking smiles - and a few threats - from fellow Gazans. Read her account and see the photos...

In Gaza, an unspoken rule bans women from riding bicycles after they have hit puberty. But last Saturday, one young Palestinian woman decided to defy the taboo, sparking smiles - and a few threats - from fellow Gaza residents.

In a spur of the moment decision, 28-year-old Palestinian journalist Asmaa Alghoul decided to join three of her friends, two Italian human rights workers and an American, on a tour of Gaza by bicycle. On a warm summer's day, the two men and two women set off from the Egyptian border town of Rafah and headed north to Gaza city, along 30km of coastal road. But to Asmaa, the ride was more than a sunny day trip: women on bicycles are frowned upon in the Palestinian territories, and the young woman had not ridden a bike since she was 14 years old.

Most of the Gazans the small group came across were friendly and hospitable, as well as very helpful when it came to repairing flat tires or twisted chains. A rough encounter with a group of men on motorcycles, however, came as a harsh reminder of the domestic role women are expected to stick to in Gaza.

Many thanks to our Observer in Gaza, Patrick McGrann, who was part of the bike trip and put us in touch with Asmaa. 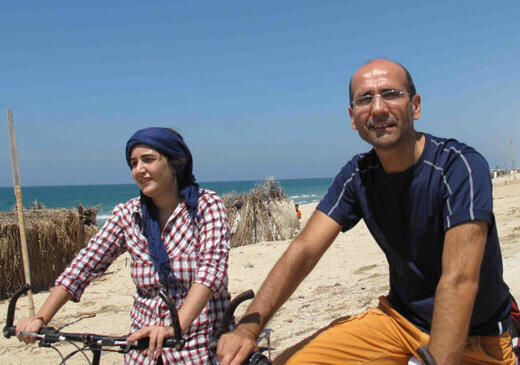 Asmaa and her friend Giuseppe, from Italy.

Biking across the Gaza strip 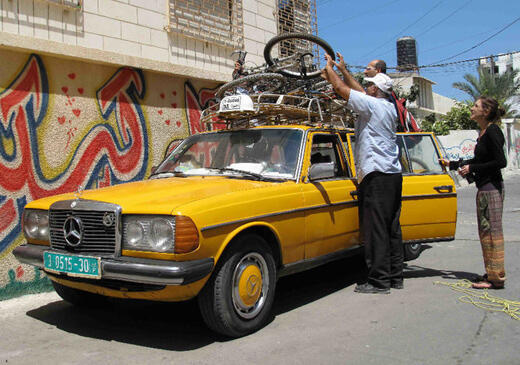 Asmaa and her friends pile four bikes on a taxi to head toward the Egyptian border, where their trip began. 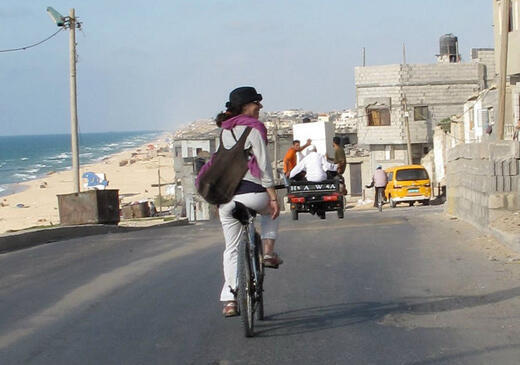 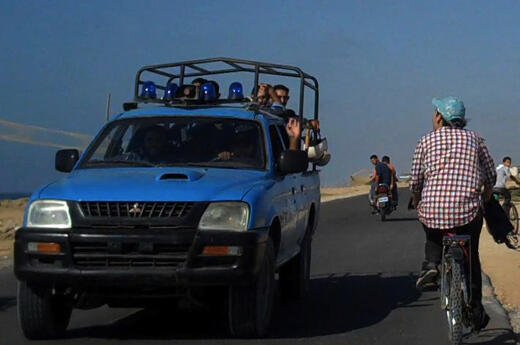 Hamas security waving to Asmaa after ridding her of troublesome motorcyclists. 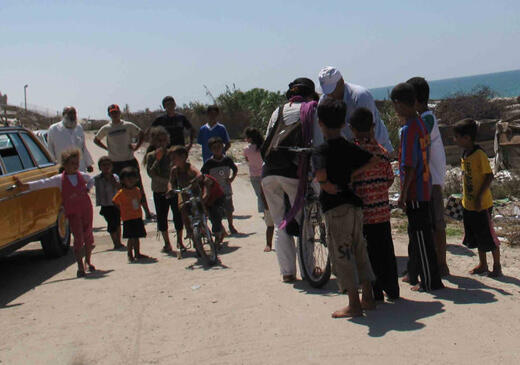 Rafah residents stopped to help Chantal when her bike had a technical glitch. 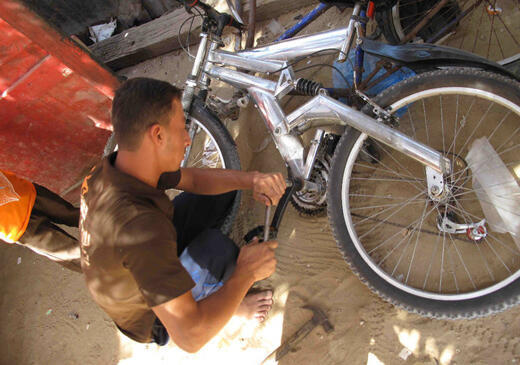 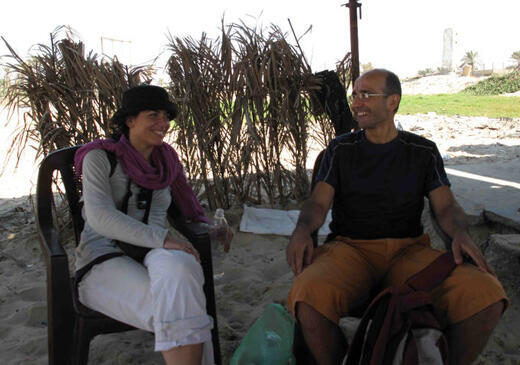 Chantal and Giuseppe rest in the shade of a Gaza home while the repairs are underway. According to Patrick McGrann, their friendly host had "24 children, and at least as many smiles". 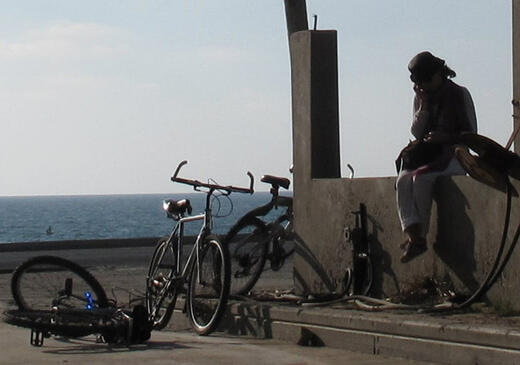 Roadside break after being punched and spit at by men on motorcycles.All photos posted by Patrick McGrann on Facebook.

Asmaa Alghoul is a journalist in Gaza city. A divorced and independent woman, she describes herself as a secular Palestinian.

For my international friends, riding a bike is just a pleasant means of transportation, not a political statement. But as soon as I, a Palestinian woman, decided to join their group, the trip took on another dimension.

You just don't see women riding bikes in Muslim countries. It's not forbidden per say, but it's socially unacceptable. In addition, the Hamas government in Gaza has begun enforcing very strict, sexist rules restricting women's freedom - we can no longer smoke water pipes in cafés, for example. I find all of these rules unfair - stupid, really - so I decided to go on the bike ride as a test, to see what would happen.

"Most people we met were very friendly and supportive"

Mostly, I was very pleasantly surprised. I thought I wouldn't remember how to ride a bike after so many years, but after a couple of minutes I was zooming away!  Another nice thing was to see that people generally reacted in a very friendly and supportive manner: they would smile or wave and say hello in English - no one seemed particularly shocked to see two women on bicycles.

We had two unpleasant incidents, though. First, a group of young men on motorcycles began following us - me and my friend Chantal especially. They were tailing us closer and closer. They claimed to be Hamas police, but I didn't believe them because they looked much too young and didn't show me ID when I asked for it. So I shouted at them to leave us alone. Then I saw a real police car and pulled it over. I told the officers the men were bothering us, and the police actually helped us! They told the motorcyclists to go away and were very polite to us. Surprisingly, they didn't say anything about us being women on bikes. I think it may be because I was with international people, so the rules are a little more flexible.

The second incident was more unpleasant. Again it involved men on motorcycles. They went past us once, then came back and crossed us again. We stopped on the side of the road because they were passing by us very close and very fast. The second time they passed us, one of the men punched my friend Chantal in the back, hard, and spit in my face. I was expecting that, so I spit back. As a secular woman who doesn't wear a veil, I get a lot of that kind of attitude from younger men.

Overall, however, it was a very positive experience. Twice, we had technical problems, and twice, very conservative families offered us hospitality and help. They didn't berate me for riding a bicycle at all - although they did ask me whether or not I was fasting for Ramadan!"