A long, arduous relief effort is underway in Pakistan after weeks of devastating floods. Despite the threat of insurgent attacks, the growing risk of epidemics, and warnings of more floods to come, teams of volunteers have rallied to help the worst hit. Our Observer was one of them. Read more...

A long, arduous relief effort is underway in Pakistan after weeks of devastating floods. Despite the threat of insurgent attacks, the growing risk of epidemics, and warnings of more floods to come, teams of volunteers have rallied to help the worst hit. Our Observer was one of them.

Over 14 million people have been affected by the floods, and an estimated 8 million are in immediate need of water, shelter and emergency assistance. The rising waters cover 1/5 of the country - a chunk of land the size of Italy - beginning in the northwest before moving down the country by way of the River Indus. Millions of acres of crops and livestock, which used to account for 20% of the country's economy, were devastated. 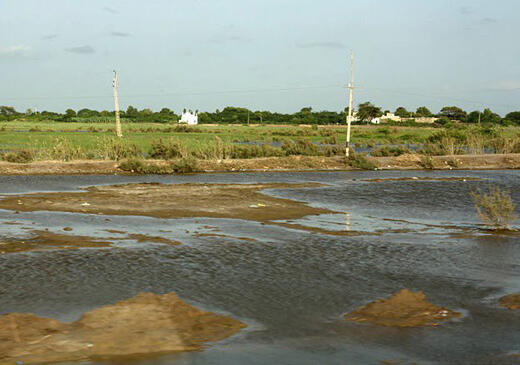 The IMF has predicted that the catastrophe will have a "major and lasting" economic impact on the country, and Pakistani president Asif Ali Zardari warned the nation might "never fully recover" from the floods.

With international aid still not coming fast enough (over 30 countries have pledged a total of 700 million dollars) and the government under fire for its sluggish response to the disaster, local groups have stepped in to breach the aid gap. Our Observer, a member of a Pakistani youth group, tells us how she and other students organised themselves to distribute first aid to displaced populations in some of the worse hit areas. 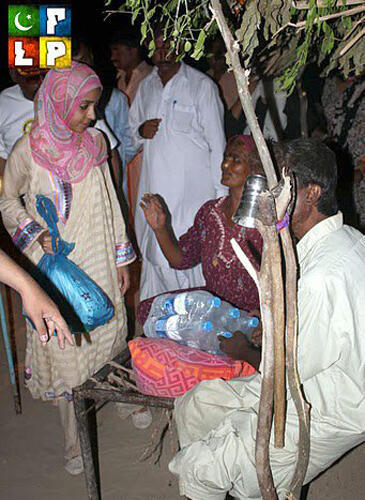 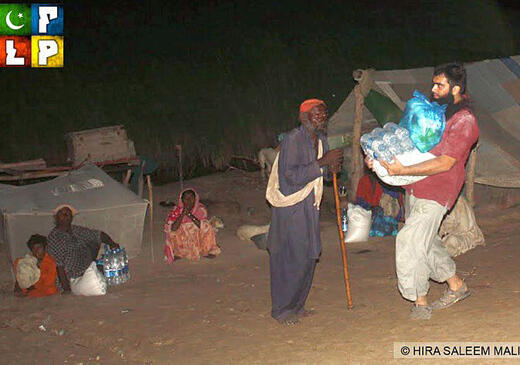 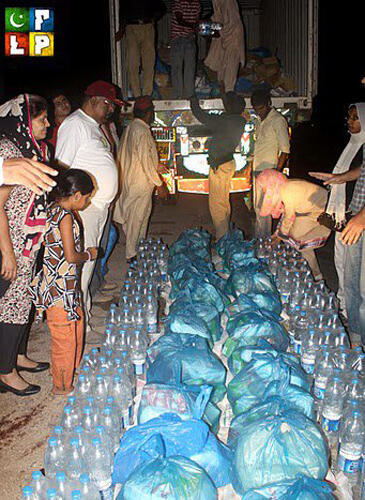 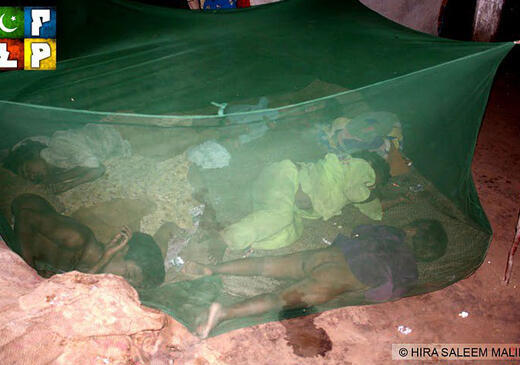 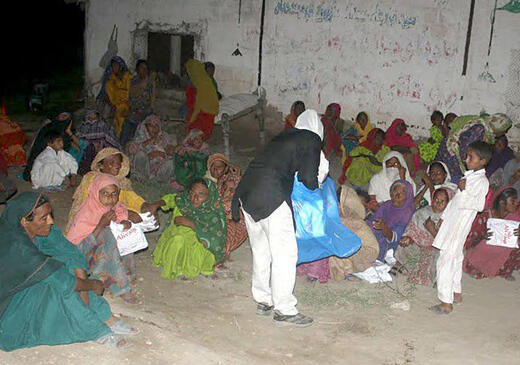 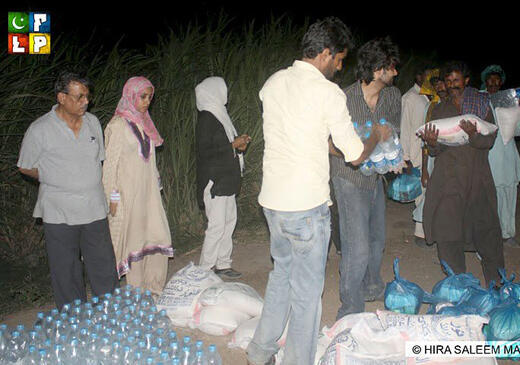 “Efforts like these prove there is still hope for our country”

Sana Saleem lives in Karachi. She worked as a project coordinator for a the non-profit youth organisation called "Future Leaders of Pakistan" (FLP), which recently distributed care hampers for flood survivors in Sindh and the Swat Valley.

I visited Thatta and adjacent areas with a relief convoy on August 22, in collaboration with the Rotary Club Of Karachi City Hills. We distributed water, food and first aid in two different locations.

We began by identifying the town of Sujawal, in the Thatta district, as the base camp for aid distribution. According to the local district officer, Sujawal hosts over 27,500 internally displaced families.

Most of these people live in abysmal conditions, sleeping on charpoys [traditional Pakistani beds made of woven rope] on the side of the road or in temporary tents made out of straw.

"A family of ten sharing one charpoy on the street"

We witnessed deteriorating living conditions as we moved further into Sujawal, with a family of ten sharing one charpoy, without shelter. Roads remain flooded at some points. Snakes, poisonous insects and stray dogs are rampant. Lack of electricity makes the situation worse, especially after sunset.

Our second distribution spot was the Sharif Solangi camp, which hosts about 50 families. Due to lack of tents, women and children are forced to live in poultry farms with poor hygiene and sanitation. Maternal health care is a major concern, and these camps need immediate medical attention. We carried out a basic survey of medical needs to facilitate the work of a team of medics scheduled to visit the area next week.

Eight other members of my team went to the Swat Valley, despite warnings of ongoing insurgent activity in the area. We decided the risk was worth taking because the population of that area is completely cut off from the rest of the country, and desperately needs help. Their convoy was not armed and had no security guards, but they didn't encounter any problems at all - in any case, the area remains heavily militarised. The local people were extremely helpful and friendly, and astonishingly calm, given all that they've been through. 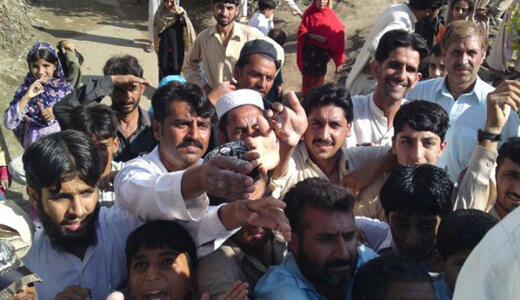 An FLP aid distribution truck gets a warm welcome from residents of the Swat Valley. Photo courtesy of Sana Saleem.

The fact that young volunteers continue to go into the Swat Valley despite security risks speaks volumes about the courage and humanity of the Pakistani youth. Efforts like these prove that there is still hope for our country. I only hope that the rest of the world will also donate generously to help the 14 million affected by this disaster."