The risky business of being a Chinese 'hooligan'

Chinese football fans clashed with riot police on the night of August 18 at the Hanghai stadium in Zhengzhou, leaving dozens of supporters injured. Read more and see the photos...

Chinese football fans clashed with riot police on the night of August 18 at the Hanghai stadium in Zhengzhou, in the northern Henan province, leaving dozens of supporters injured.

The clashes broke out after thousands of supporters of the Henan Construction football club (Chinese super league) gathered in the south hall of the stadium where their team suffered a 0-2 loss against the visiting Jiangsu Sainty club - the latest in a string of humiliating defeats. The fans, who had turned up en masse despite the heavy rain that evening, vented their disappointment and anger by calling for the resignation of the team's head coach, Tang Yaodong, and the club's general manager Yang Nan.

Amateur videos shot at the scene show police and security guards armed with shields and batons circling the building while the crowd shouts "Yang Nan, resign!" over and over. It is unclear what sparks the sudden rush and scramble that left at least ten supporters seriously injured, and dozens more shocked or hurt.

Amateur video of the August 18 clashes

"They weren’t 'hooligans', they were fans spontaneously gathered to voice their dissatisfaction"

Terroir [not his real name] is a blogger for the Chinese blog ChinaSmack. He wishes to remain anonymous.

After the incident, the state-run media reported that police intervened to stop disruptive "hooligans" and restore calm. However, the gathered crowd wasn't made up of hooligans, but of fans (including women, children and some elderly) who were spontaneously gathered to voice their dissatisfaction with their home team's recent poor performances. They were just chanting "Yang Nan, finish class!" [a Chinese expression to call for someone's resignation] when suddenly the police charged. It appears there was excess use of force on part of security forces. The result is that many fans (probably well above the official number of 10) sustained serious injuries.

"The current state of Chinese football is in shambles"

Beyond the issue of whether or not such use of force was legitimate, a larger question emerges: what prompted thousands of football fans to rally spontaneously -at the risk of their own safety- to denounce the team's manager and head coach? Surely, such anger does not just stem from just one disappointing loss, but from deeper grievances of corruption and bribery in the football world.

The current state of Chinese football is in shambles after suffering scandal after scandal. Last November, several top football officials were arrested on charges of rigging matches. Earlier this year, it was revealed that players paid large bribes to participate in the national team's training camp. Various embarrassing sex scandals have earned the Chinese national football team the nickname of "gho zhu" or "national pigs". By violently repressing fan's legitimate right to voice their dissatisfaction, police did more than physically hurt the protesters - they are also damaging the passionate feelings fans once had for their football clubs." 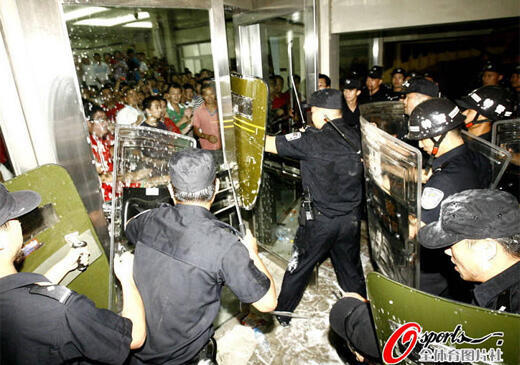 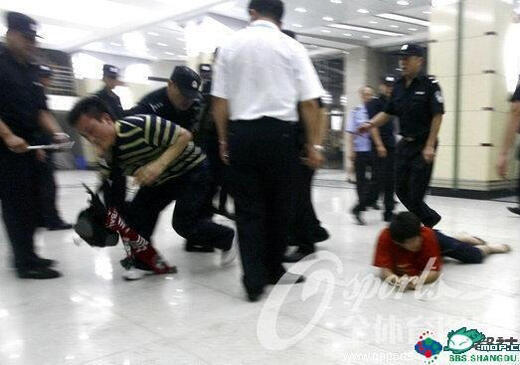 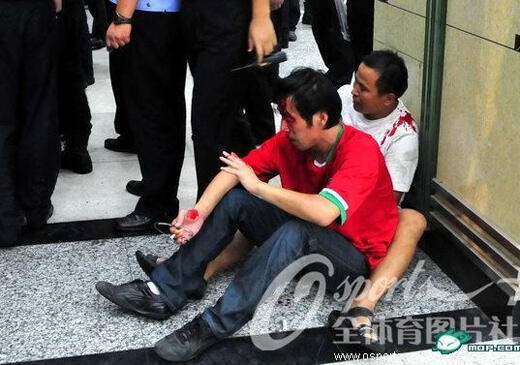 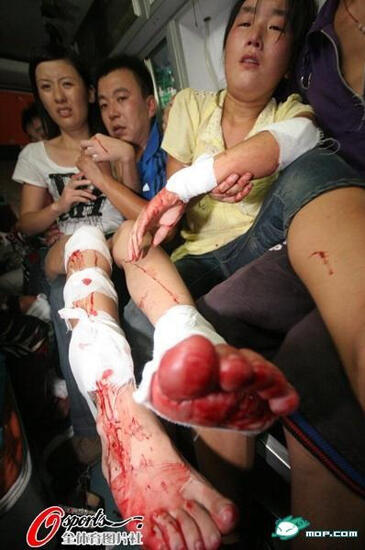