The heart of Lisbon is showing signs of age. Not only is the city run down, but its residents, put off by the high rents, are also abandoning it.

The heart of Lisbon is showing signs of age. Not only is the city run down, but its residents, put off by the high rents, are also abandoning it.

According to a study carried out in 2008, 4,000 of the 55,000 buildings which constitute the city of Lisbon are abandoned. A large number of them are in the city’s historic centre, in the neighbourhoods of Chiado, Baixa, Alfama and Alcantara. An article which appeared in El País claimed that 100,000 people had abandoned the city over the last thirty years. It is "an almost unique situation in Europe, comparable only to Oslo", states the geographer Joao Seixas in the Spanish daily.

Mark Fonseca Rendeiro is Luso-American, and has been going to Lisbon regularly since his childhood. He runs the Citizen Reporter site.

In every block of houses in Lisbon there is always a building, often a historic building, with the door and the windows blocked off. The walls are crumbling and grass is growing on the roof. I have a couple of friends who live in the neighbourhood of Baixa: the hotel opposite their house has been abandoned for the past ten years. The city has gone so far as renovating the facades of buildings simply to make people believe that they are occupied.

During the day, the city is full of tourists and people who are working. But after 7pm, those people working in the city go home to the suburbs of Lisbon. The historic neighbourhoods are like a ghost town. The buildings which are used during the day close their doors and only abandoned houses remain: there is nobody in the streets, making it a prime location for theft and assault.

"A prime location for theft and assault"

People are deserting because even the buildings which are habitable are very expensive. Rents are, on average, three times higher than in the neighbouring towns, making them comparable to prices in Brussels or Amsterdam. For those who want to stay there are buildings available, but in such poor condition that nobody wants to rent them.

The landlords claim to be the victims as rents were frozen in certain areas of Lisbon after the 1974 Revolution. They don’t earn very much money as rents are as low as 30 or 40 euros per month in the neighbourhoods of Bica and Alfama. As a result, they cannot afford to renovate the buildings. Even if this law is no longer in force, there are still many people living in buildings that are collapsing, which is obviously a very dangerous situation.

This isn’t helped by the fact that the cost of living in Lisbon is on a par with most other European capitals, whilst both wages and pensions are much lower. Private companies buy decrepit buildings, renovate them and then rent them at astronomical prices. Some of them are always for sale, others are bought by the rich. There are loads of beautiful houses in Lisbon, with cameras, a garage and armoured doors. There is also a certain ‘cultural’ mentality. I know people who have an apartment which is in ruins in the centre of Lisbon but who prefer to save their money to pay for their house at the beach. They complain about their dilapidated apartments but in any case, they are never there.

I wonder as to how much the city has to deteriorate before people revolt and react."

A ruined building. Ironically, it is located in a street called "friends of Lisbon". 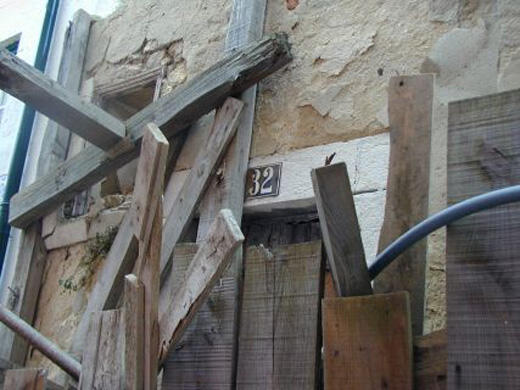 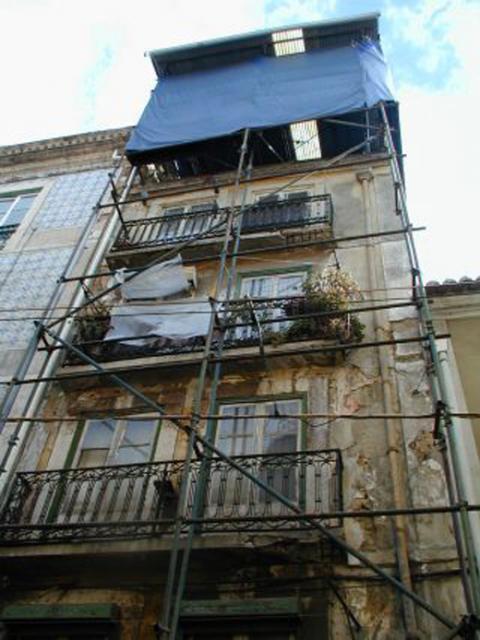 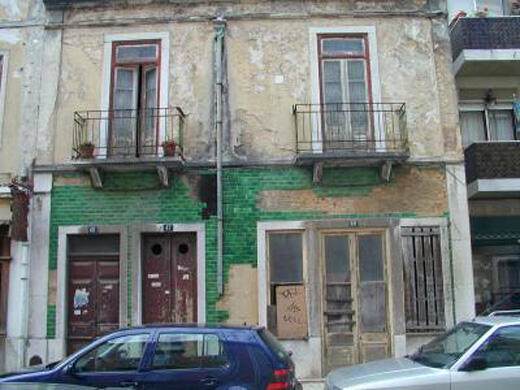 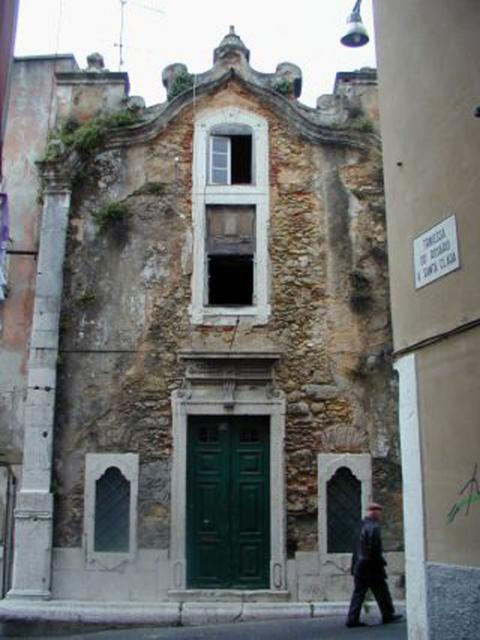