A wooden cross erected in front of the Polish presidential palace in memory of the late president Lech Kaczynski is at the centre of a heated row between Catholics, secular Poles and authorities.

Photo published on Flickr on August 3, 2010 by Down Under Photography.

A wooden cross erected in front of the Polish presidential palace in memory of the late president Lech Kaczynski is at the centre of a heated row between Catholics, secular Poles and authorities.

Boy scouts installed the large, wooden cross in front of the presidential palace in Warsaw on April 10, 2010, after former president Lech Kaczynski and 95 other people were killed in a plane crash near Smolensk, Russia. Since then, a small group of supporters of Jaroslaw Kaczynski – Lech’s twin brother – and his conservative Law and Justice party (PIS) have jealously guarded the makeshift memorial. The government has said that the cross would be better suited in a place of worship, rather than the public space it occupies, but to no avail: on August 3 several attempts to remove the cross were blocked.

On August 9, anti-cross protesters rallied in an attempt to remove the obstinate Catholics. A crowd of some 9,000 Poles answered the online appeals to defend the separation between church and state.

On August 12, a memorial stone was placed on a wall of the Presidential palace, but the gesture was not enough to appease Catholic fundamentalists. They immediately retorted that they would not part from the cross until a large official monument was erected in honour of Lech Kaczynski. Although the protesters were finally removed two days later, the cross itself remains in place. 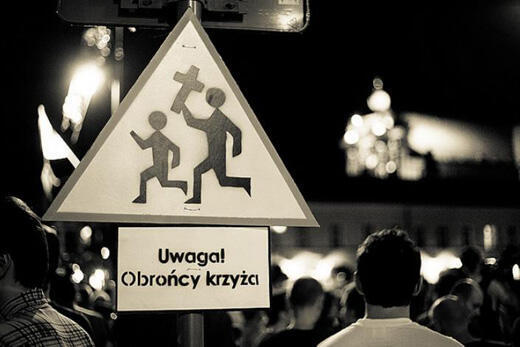 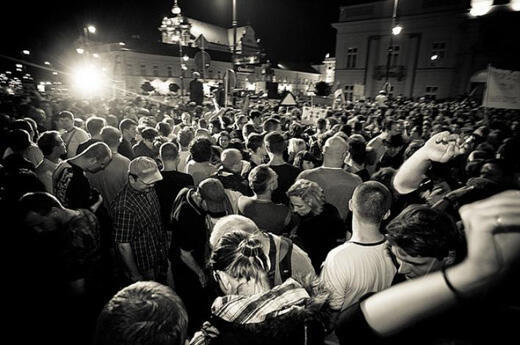 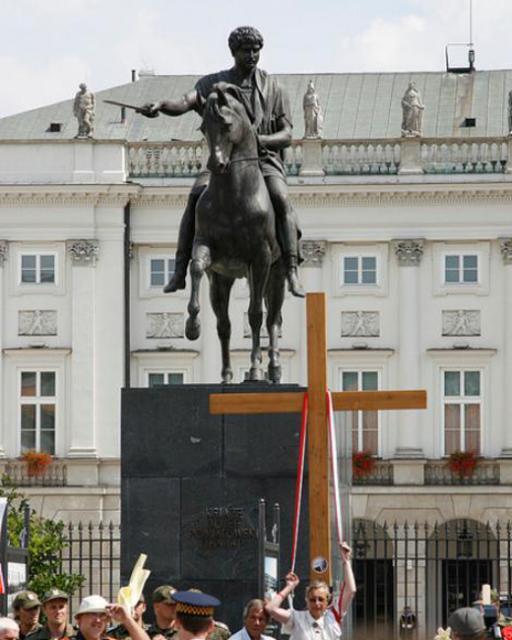 Photo published on Flickr, August 3, by Down Under Photography. 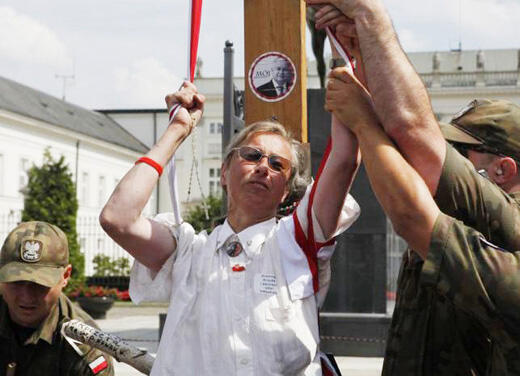 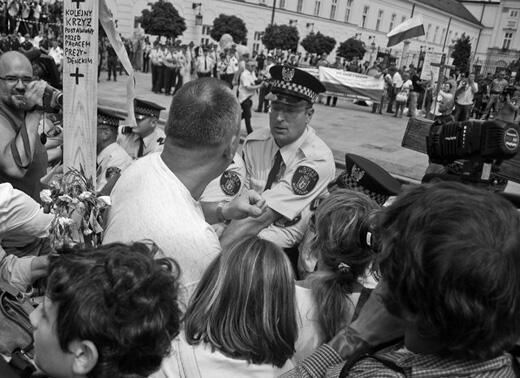 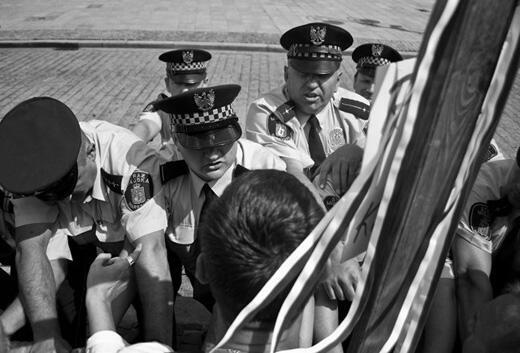 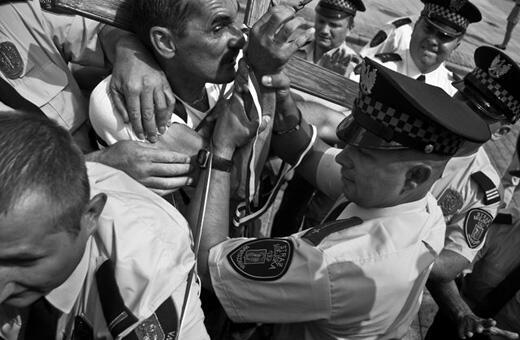 "Polish youth are sick of living in a medieval society"

Dominik Taras is 22 years old. He founded the Facebook group Akcja Krzyż [Act against the cross] that rallied over 8,000 people to the August 9 protest.

There were between 50 to 80 people guarding the cross, all supporters of Jaroslaw Kaczynski and Father Rydzyk [a nationalist priest known for his anti-Semitic speech and creationist stance]. They are mostly elderly, dogmatic Catholics – fanatics really. They’re hateful and anti-Semitic, and viciously attack all those who get close to the cross.

We organised this protest because the government is afraid to stand up to Catholics. They don’t even dare remove a religious symbol from a public place. Polish youth are sick of living in a medieval society; we will fight for the separation of church and state. The Church is deeply ingrained in Polish culture: There are crosses in every school and chapels in most official buildings – yet the Church pays no taxes. I believe religion stops Polish society from moving forward.

The protest was like a big party. Our goal was to get our message across to the cross-huggers, and have fun. Laughter is the only thing to do when confronted with such bitter, bigoted people."