What future for the Roma if they are forced out of France?

The French government has just announced that it will be taking a harder line towards its Roma community. According to the Minister of the Interior, Brice Hortefeux, this will involve numerous expulsions. What will happen to the Roma who are sent back to their countries of origin?

Member of the Roma community in France. Photo : Eric Roset

The French government has just announced that it will be taking a harder line towards its Roma community. According to the Minister of the Interior, Brice Hortefeux, this will involve numerous expulsions. What will happen to the Roma who are sent back to their countries of origin?

The death of a young man from the travelling community of Saint-Aignan, killed by police during a vehicle inspection, led to several incidents between members of the community and the local authorities. On Wednesday, in response to these incidents, the interior ministry announced a number of different measures to tackle the “behaviour problems” of these nomadic communities. These measures will affect both French travellers and Roma immigrants from both Romania and Bulgaria.

Over the next three months, half of the 600 illegal camps established in France will be dismantled. In addition, the authorities will begin “the process of sending Roma who have committed public order offences or fraud back to Bulgaria or Romania”.

In the eyes of Roma associations and human rights groups, these measures represent both an ethnically-based approach to tackling delinquency and the stigmatization of these people.

In 2009, nearly 10,000 Roma were sent back to Romania and Bulgaria, with the French government providing 7,966 of those leaving with some level of support (free plane ticket and a rehabilitation benefit of €300 per person).

"If France sends the Roma back to Romania, they will spend several days saying hello to their family and then come back as soon as they can."

Alina is a pharmacist in Geneva, Switzerland. She is of Romanian origin and regularly visits Roma and traveler communities all over Europe, accompanied by her photographer husband Eric Roset. They are the founding members of the association Mesemrom which supports Roma who pass through Geneva.

“In Romania, the communist governments forced the Roma to settle at the beginning of the 20th century. They continue to live in makeshift villages. The Romanian villages in Transylvania (a region in the centre-west of Romania) are usually divided into three parts: one area belongs to the Hungarians, another to the Romanians and a third to the Roma. And the Roma neighbourhood is always the most run down. The majority of residents don’t have access to running water, they have to use wells, and just passing through these areas is enough to see that the tarmac on the roads is not as good quality as elsewhere. I can assure you that if France sends the Roma back to Romania, they will spend several days saying hello to their family and then come back as soon as they can. 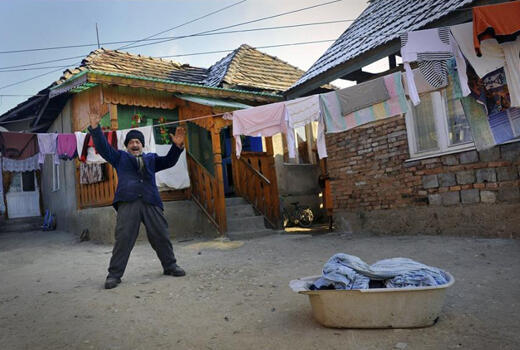 A member of the Roma from Auid, a community which regularly passes through Geneva. Photo: Eric Roset

"It’s not by working in the fields, and being paid in potatoes, that one puts bread on the table"

What do people expect? We can’t begrudge others for trying to escape poverty. In the past they made copper pots, going from village to village repairing saucepans or shoeing horses. Under Nicolae Ceausescu the Roma were hired in factories or worked on collective farms. But today, with the privatization of businesses, the majority of Roma - very few of whom have any qualifications - have been fired. And it is not by working in the fields, and being paid in potatoes, that one puts bread on the table. 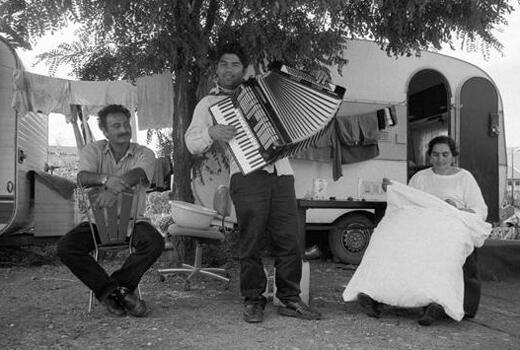 Members of a Roma community in France. Photo: Eric Roset

"At school, when you say that you are Roma, they put you at the back of the class"

The Roma are discriminated against on a daily basis in Romania. The great majority of Romanians think that they are dirty and that they steal. I have a friend who I met at university who had Roma origins, and during her studies she took care never to mention that she was Roma. At school, when you say that you are Roma, they put you at the back of the class and avoid coming near you. This is the mentality of most of the population and it’s not going to change anytime soon. Everything perpetuates this exclusion, and very few people escape this. We are aware that politicians are keen to better integrate these communities into Romanian society – there are even European funds made available for this purpose – but when you see these places with your own eyes it’s clear that nothing is changing. There is no flong-term plan to support or integrate these populations.

"By coming to France, they are able to put some money aside"

It is important to try and understand their actions. When they come to a country like France, all they want to do is eat, sleep and earn enough money to improve their daily life. They are always in “survival” mode and they don’t think about life in the same way that we do. Some of them don’t even know their date of birth. By coming to France, they are able to put some money aside. This is practically impossible in their own countries, where the benefits available for some families often amount to less than €20 a month. 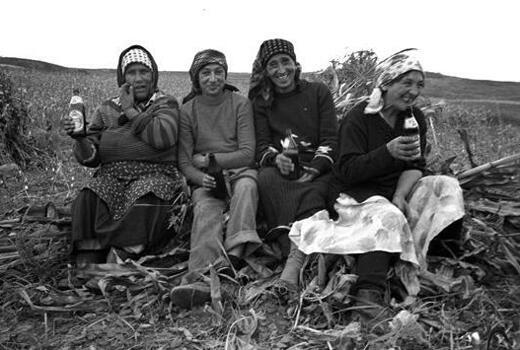 "During several days spent in the Yenish community, I was stopped and questioned several times"

I was very shocked to learn of the death of a young traveller in Saint Aignan. I understand their revolt against the authorities. I spent two weeks with the Yenish travellers in Switzerland with my husband and my children. After several days people thought I belonged to the community. As a result, I was stopped and questioned several times, I saw people pass us on scooters and swear at us, and others who came to unplug the caravans’ electricity source during the night. Some camps are even fired on by the Gadjé [the non-Roma]. I now know what they have to go through. 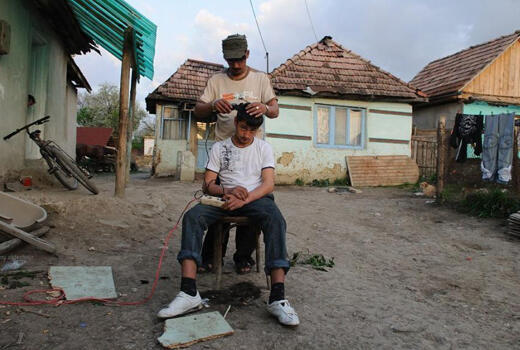 "To find travellers’ camps in France, you have to follow the signs for ‘Waste Reception Centre’"

It’s hard to imagine that my husband and I found travelers’ camps in France by following the signs for ‘Waste Reception Centre’. This strategy works nearly every time. When the town follows the law [the Besson law of 2000] and gives travellers some land, it is usually next to the local dump or motorway.

The decisions of the French government draw on prejudiced ideas which do not distinguish between “travellers” and “Roma”. They are not at all the same as they have neither the same way of life nor the same nationality. Furthermore, the French authorities will soon come up against the fact that France and Romania both belong to Europe and they will have to accept the idea that the free circulation of people will lead to the poor coming to richer countries.

"How do you know that a person Is Roma?"

To those who claim that there are mafia networks among the Roma, I would say that a family of 30 people who beg is not a mafia network. The Roma whom I met in Paris worked for themselves. Lastly, I ask the question: “How do you know that a person is Roma?” The Roma say “One is Roma if you say that you are”. There are some with blond hair and blue eyes, others with brown hair, and it is not written anywhere whether they are Roma or not. In any case, legislation which targets one community in particular is always worrying. All the more so when it acts as a smoke screen to distract attention from current political scandals…”"