From crap to coffee

These clusters of dung, the product of a nocturnal mammal located in Indonesia, are one of the country's most precious products. They are the secret to making "kopi luwak", the most expensive coffee in the world. Read more...

These clusters of dung, the product of a nocturnal mammal located in Indonesia, are one of the country's most precious products. They are the secret to making "kopi luwak", the most expensive coffee in the world.

All because of what it excretes, the Asian palm civet, once considered a plague, is now the king of Indonesian coffee plantations. This weasel-like animal feasts on the ripest berries but is unable to digest the beans in the centre, which are defecated intact. As the beans go through the civet's digestive system, a series of enzymes trigger a chemical transformation that gives them their unique taste.

Thanks to this unusual fermenting process, a single cup of kopi luwak costs up to 20 euros in coffee shops and restaurants, while a one-pound bag (370 grams) can sell for as much as 200 euros.

“As you add cream and sugar, it gains this chocolaty taste”

Simon and Bonnie Wong live in Hong Kong, where they tried kopi luwak.

The Lobby Lounge at the Intercontinental Hong Kong sells the coffee, at around HK$165 [16 euros] per cup, while Caprice, the high-end French restaurant at the Four Seasons Hotel, serves it at around HK$225 [22 euros] per cup. We tried both, and they give you a certificate of authenticity with every order.

We are not big fans of coffee, but we found the taste of kopi luwak very different from ordinary coffee. When you first drink the coffee black, it has a slight bitter-sweet taste, not exactly like ordinary black coffee. Then, as you add cream and sugar, little by little the colour changes to a golden brown and it gains this chocolaty taste, which we found quite amazing." 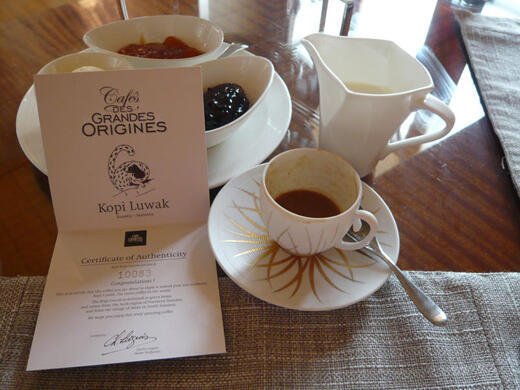 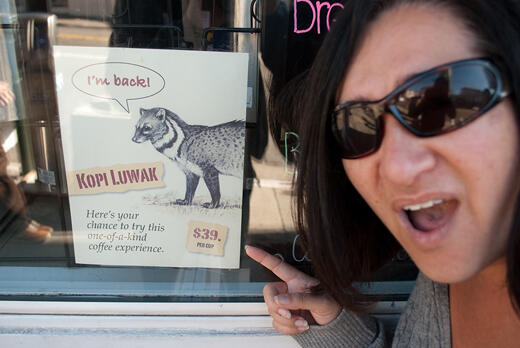 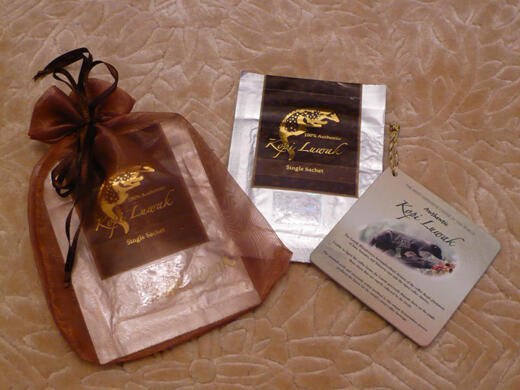 Alberto Taphanel Souto is a coffee lover who started making kopi luwak in his Bali home as a hobby. He now sells his own brand, Real Kopi Luwak, online.

When the Dutch brought coffee to Indonesia in the 17th century, they forbade the locals from picking the beans from the coffee bushes. So the Indonesians began preparing coffee from beans they found on the floor and when they noticed the difference in taste and what gave it its distinctive flavour, kopi luwak was discovered.

Making kopi luwak is a very labour-intensive process, done mostly by hand, which is what makes it so expensive. I receive the beans from a cooperative of coffee-picking families. Once they've gathered 15 kilograms of civet beans, they break each shell with a mortar, separate the beans, give them a first wash and bring me a selection.

After washing them very thoroughly - to eliminate any residue - and drying them with warm air, I hand-pick the beans one by one. In the end, less than a third of the original beans remain. When someone places an order [on my website], I have to roast, pack and ship them all in the same day.

Unfortunately there is a lot of fraud in the business. Some people mix the beans from the civet with normal coffee and sell it as 100 % kopi luwak. Others have tried to keep civets in captivity, but they're very territorial animals and the results are often not the same. There are kopi luwaks that you simply can't drink. The secret is that not only does it have to be kopi luwak: but the producing civet has to eat the best coffee beans from the best coffee bushes." 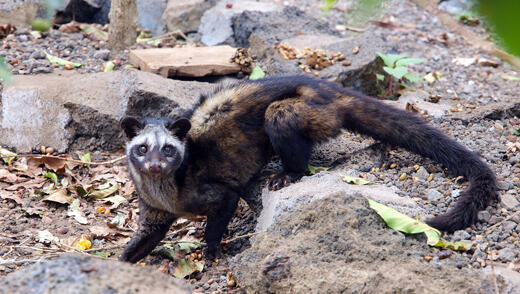 A civet in the forests of Java. Posted by Rick Wezenaar on Flickr. 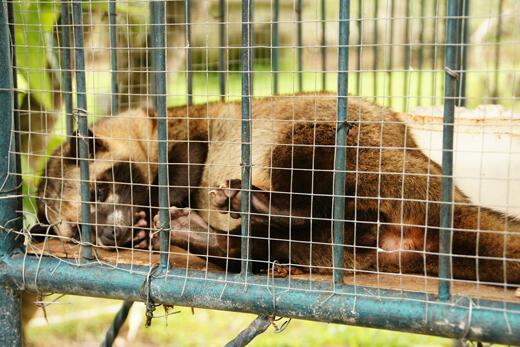 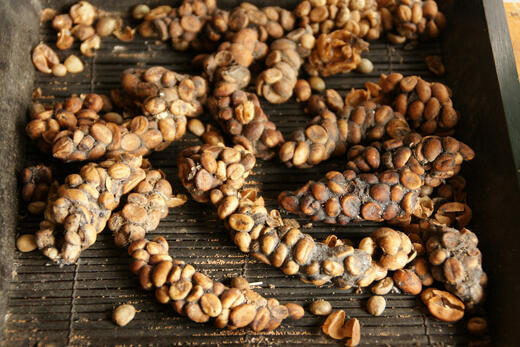 Civet excrement in its original form (full of beans). Posted by Peter Dalsgaard on Flickr. 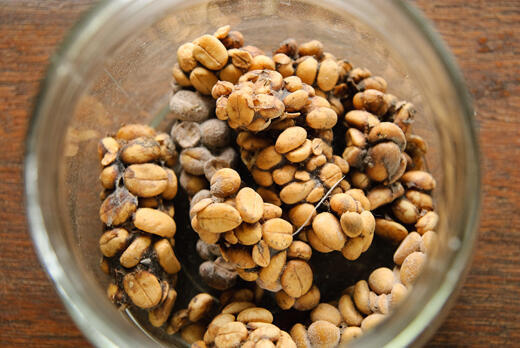 Civet poop collected in a bowl in Bali. Posted by Geoffrey Franz on Flickr. 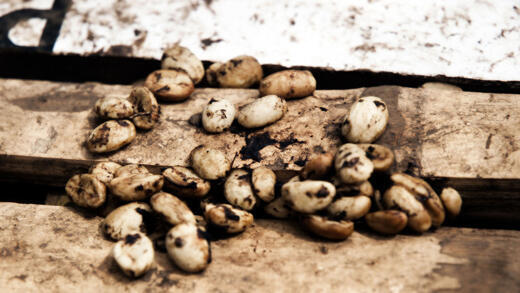 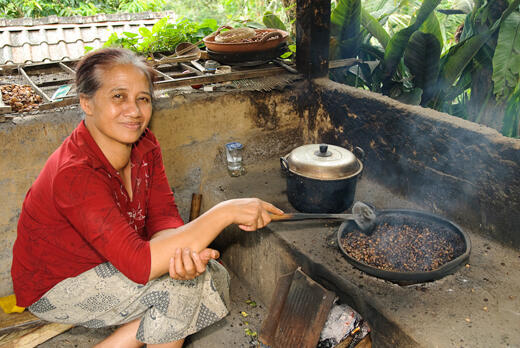