Tonnes of fat dug out from London's sewers

Next time you're tempted to pour leftover cooking oil down the sink, think again. A team of British sewer flushers is up against what they describe as "solid wall of fat" under London's Leicester square, the result of years of careless flushing by the city's inhabitants. Read more and see the photos...

Next time you're tempted to pour leftover cooking oil down the sink, think again. A team of British sewer flushers is up against what they describe as "solid wall of fat" under London's Leicester square, the result of years of careless flushing by the city's inhabitants.

Thames Water, the company responsible for London sewers, estimates that over 1,000 tonnes of fat and waste are being removed from under Leicester Square, "enough to fill nine London Double Decker buses". According to the company, the build-up, which they nickname "fatbergs",  is the result of accumulated "sewer abuse": when anything other than water, human waste or toilet paper is put down drains. The company has launched a new campaign, "Bin it, don't Block it", to highlight the scale of the problem.

If you've ever had cooking fat solidify in your kitchen sink, you'll know how hard the stuff is to get rid of. Imagine the muck multiplied by several thousands, and you'll get an idea of how colossal - and stomach-turning - the cleanup mission is.  Chief flusher Danny Brackley told us more about how his team gets rid of London's leftover fat - and how people can help "unclog the city's arteries".

Photos of the cleanup operation underway in London's sewers 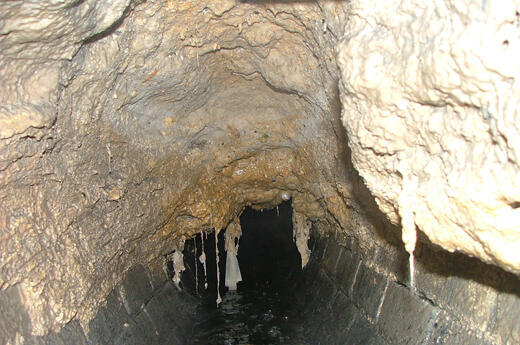 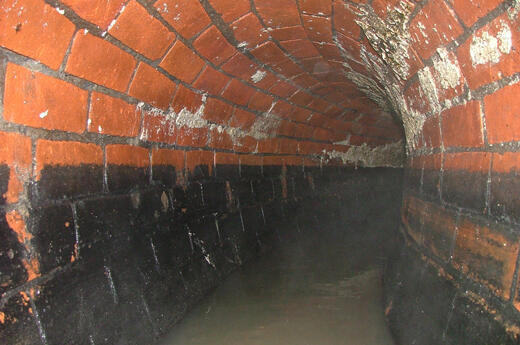 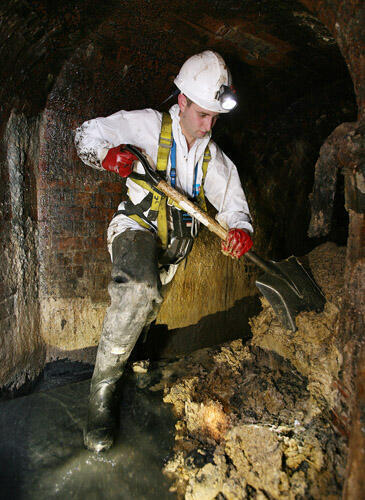 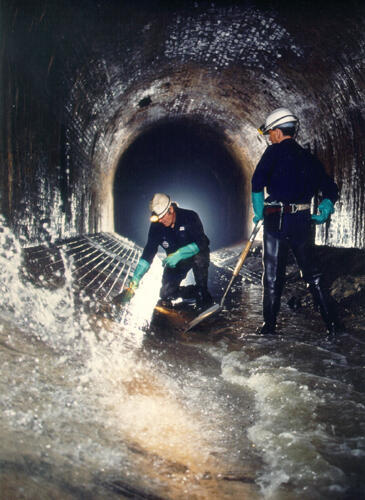 Flushers use high-pressure water jets to wash away fat. 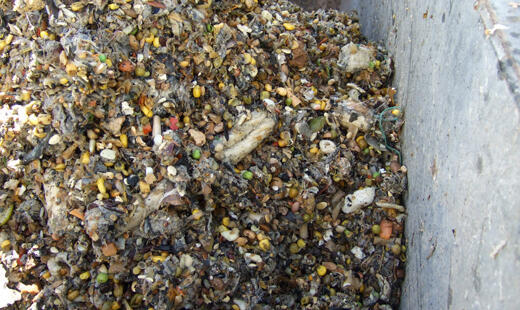 Evacuated sewage waste: peas, sweet corn and other bits and bobs mixed with fat end up at sewage treatment centres. (All photos courtesy of Thames Water)

"The fatty sewers are a result of our fast-food lifestyle"

Danny Brackley is chief flusher for Thames Water. He is leading the clean-up operation under Leicester Square.

We flushers know from experience that most products which claim to be flushable, such as wet wipes, tampons, or cotton buds, in fact aren't. Just because you can wash them down your sink or flush them doesn't mean you should - it could come back to haunt you if your sewage overflows! Every year, 7,000 homes and gardens across London and the Thames Valley get sewer-flooded. Most overflows could be avoided if people cut out sewer abuse.

Pouring cooking fat down the drain is also a big mistake, because it solidifies in the pipes after it is poured away and forms an obstruction. Instead of pouring leftover cooking oil down the drain, wait for it to solidify and throw it in the bin. Also, avoid washing rice or peas and other small edibles down your kitchen sink.

Today's fatty sewers are a result of our current fast-food lifestyle, which is gorged with hydrogenated fats you didn't find in food back when London's sewer system was built. Our sewers get clogged with fat in the same way that our arteries do. By watching out for what you pour down the drain, you're also watching out for your city's sewer's "health", so to speak.

Right now, we're up against a solid four-foot wall of fat that is blocking our access to the sewer under Leicester square. For this type of cleanup, we're equipped with shovels and high-pressure water jets to break up the fat, and vacuum units to remove it. We try to evacuate as much of the waste as we can; the rest flows down the regular channel once the sewers are unblocked. We also wear breathing equipment when necessary, because fat does smell. At every step, we have to monitor the atmosphere closely, because the methane emitted by the rotting fat can become highly explosive if it reaches certain levels."